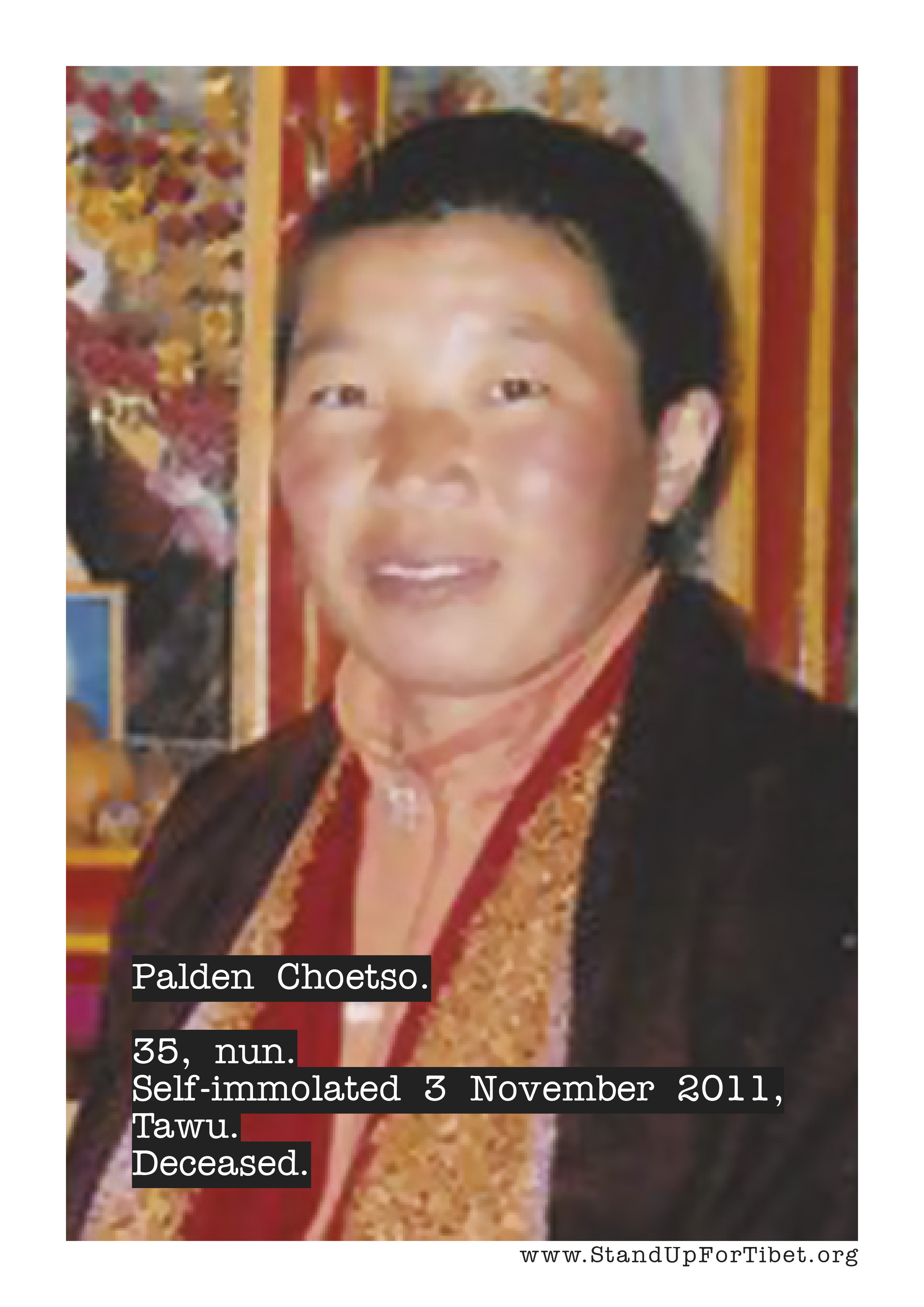 35 year-old Palden Choetso, a Tibetan nun from Geden Choeling Nunnery, set herself on fire in protest against China’s harsh rule of Tibet.

Palden was heard to shout “Tibetans will reunite soon,” “long life for His Holiness the Dalai Lama,” and called for basic human rights in Tibet.

Palden Choetso died at the scene and her body was taken to Nyitso Monastery – the monastery of Tsewang Norbu, the monk who self-immolated and died on 15 August 2011.

Local sources reported that the area was under lock-down after the protest with the closing of a major road in Tawu, and deployment of troops to the nunnery.

Interview concerning the protest – Students for a Free Tibet