Tibet is an occupied country. For nearly 70 years China has occupied Tibet. Throughout this time Tibetans have defiantly resisted China’s colonial rule.

In the last five years there has been a surge in protests by Tibetans in Tibet. Despite arrests, disappearances, torture and killings, Tibetans across Tibet have continued to non-violently reject China’s rule with fearlessness and daring; through non-cooperation and protest.

Now this resistance has taken an unprecedented turn as China’s failed Tibet policies have provoked a wave of self-immolations. More than 150 Tibetan monks, nuns and laypeople have set themselves on fire to demand freedom for Tibet and the return of the Dalai Lama.

We believe there is a diplomatic solution. By standing together, our governments can improve the situation for Tibetans. Working in unison, key governments can pressure China more strongly to end its dangerously provocative policies in Tibet, and let China know that bullying and playing divide and rule with individual nations that support Tibet is unacceptable. Read “The Tibetan Test” by Edward Lucas on this subject. 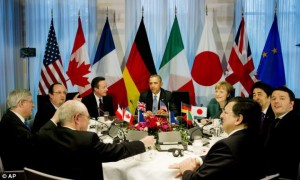 Our leaders must urgently come together to adopt a new, robust model of working for Tibet to coordinate their actions on Tibet, increasing pressure on China to alleviate the current crackdown in Tibet and address legitimate Tibetan grievances.

Such an approach is not new and has led to positive developments elsewhere in the world, for example:

We know there are governments that are concerned about the situation in Tibet and are ready to take action. We now need to make sure we build the support needed to ensure these governments do the right thing and Unite For Tibet.

What Can You Do For Tibet:

Share unitefortibet.org on your social network sites to increase the success for Tibet