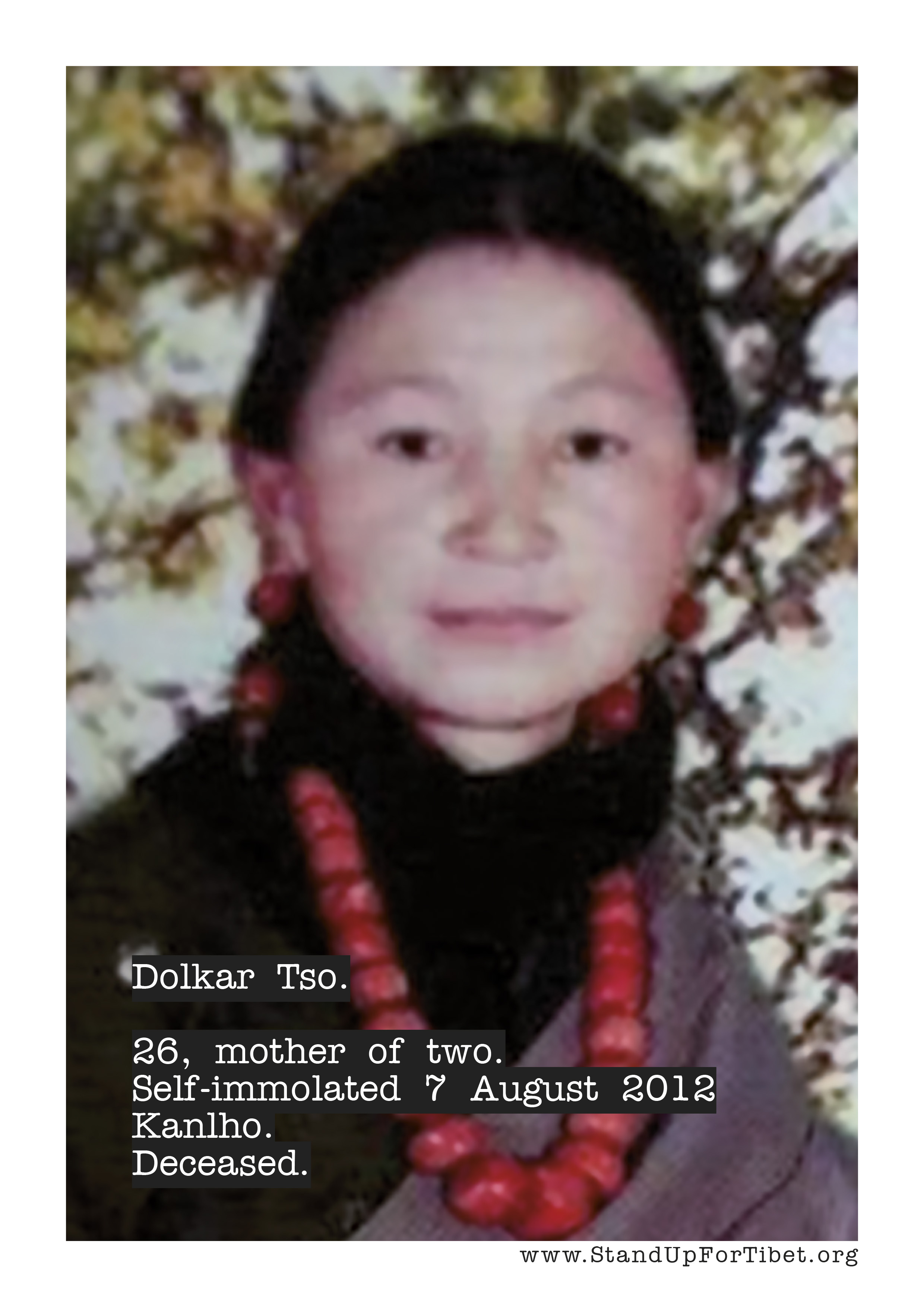 Young mother of two, Dolkar Tso set fire to herself and called out for the return of the Dalai Lama to Tibet, and called for freedom in Tibet. Dolkar Tso leaves a four-year old son and two-year old daughter.

Dolkar Tso, who is in her mid-twenties and from a farming family, set fire to herself early this afternoon near a white stupa at Tsoe Gaden Choeling monastery in Tsoe City.

The same Tibetan exile sources said that the first people to witness her self-immolation were elderly people circumambulating the Tsoe Gaden Choeling monastery. Monks then rushed out of the monastery and extinguished the flames. A photograph of her blackened body after they did so has reached Tibetans in exile. Monks carried Dolkar Tso to hospital, and although doctors and medical staff attempted to save her, it was not possible.

Monks took her body back to the village where she was born, Tasur, in Nawu Township, which is around 10 kilometers from Tsoe City. Local people gathered to pray for her.

Tibetans from the Tsoe area have been active in expressing peaceful opposition to Chinese rule, with known protests in 2008 and 2010 by local people and in particular Tibetan students and schoolchildren (ICT report, Tibetans mark Uprising anniversaries despite crackdown: Lhasa like a “war-zone.

Almost a year ago, a respected scholar monk who made the first video testimony from inside Tibet to be uploaded onto Youtube detailing his detention was detained in Tsoe (Hezuo). Jigme Guri (also known as Labrang Jigme) was detained on 20 August 2011, and held for some time for interrogation in a hotel in Tsoe. His current whereabouts is unknown and there are fears for his welfare.