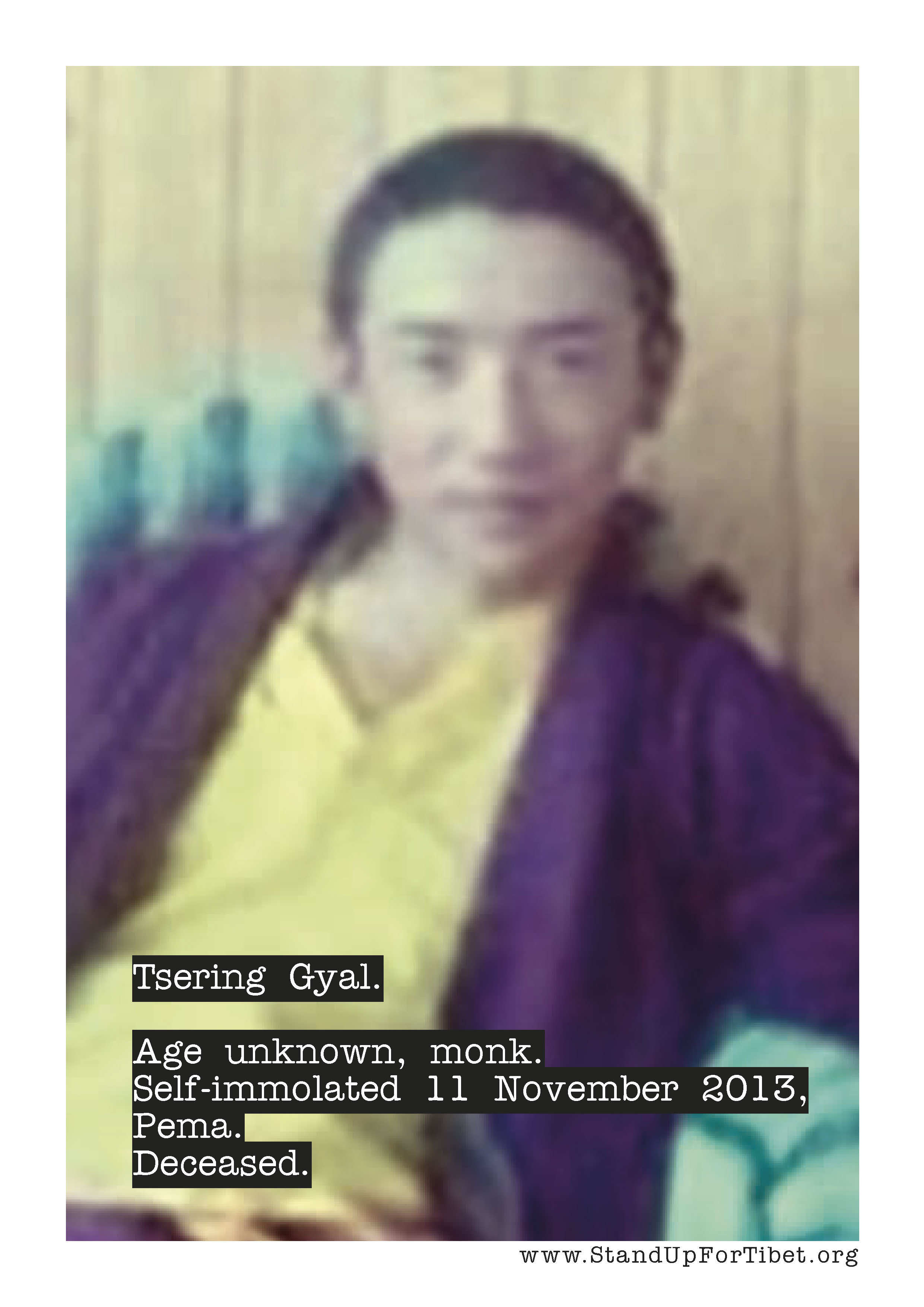 He was taken to a hospital nearby after police extinguished the flames and it is not known if he is still alive.

Tsering Gyal was a monk from Akyong monastery, which follows the Jonang tradition of Tibetan Buddhism, according to the same sources, including a Tibetan who spoke to an eyewitness.