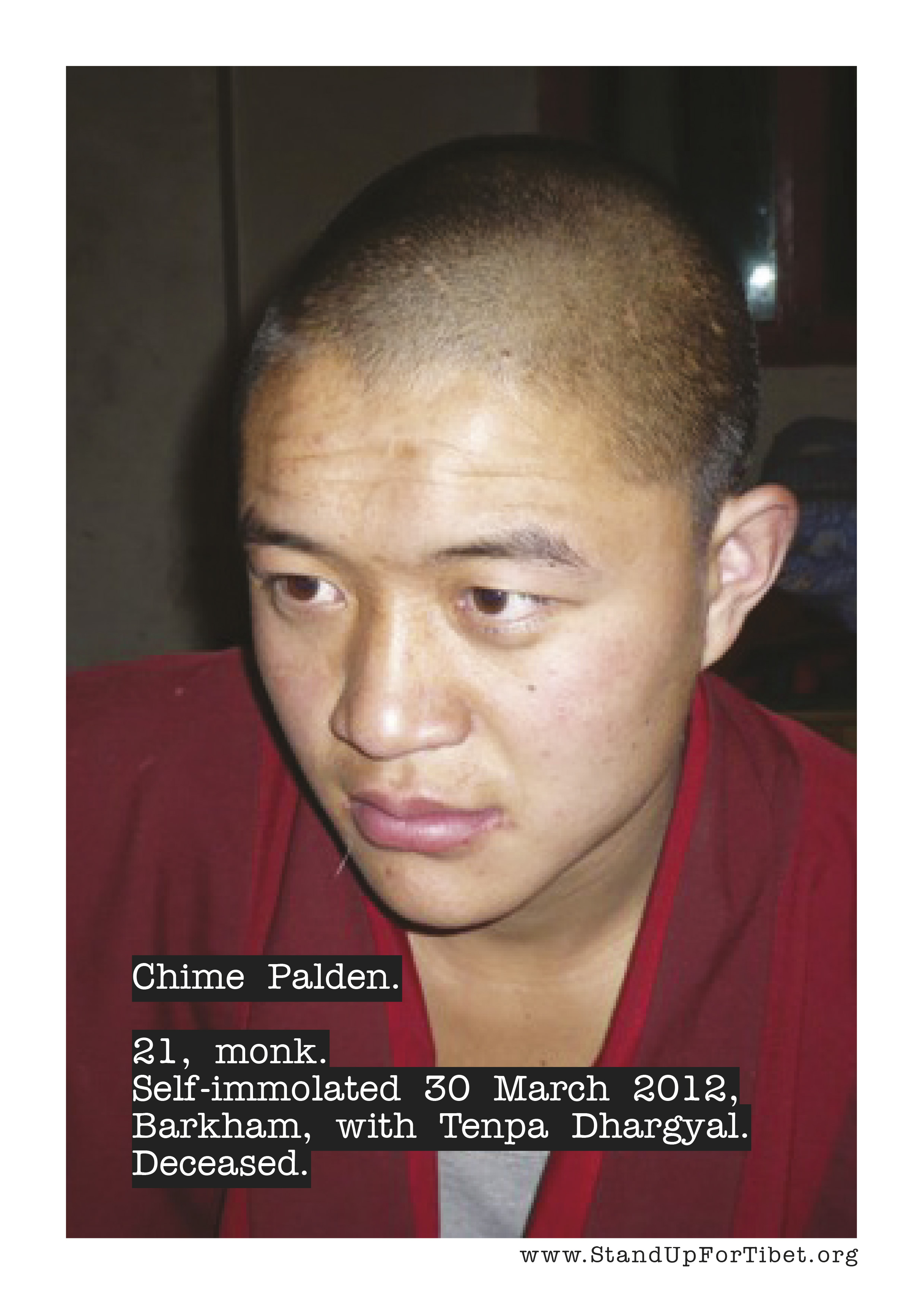 Chimey Palden, a 21-year old monk from Tsodun monastery in Ngaba, set fire to himself, along with fellow monk Tenpa Darjey, aged 22 outside the prefectureal government offices in Barkham, Ngaba.

The area was quickly put under lockdown by armed troops.

Chimey Palden went to Kirti monastery in Ngaba as a philosophy student in 2009, but stayed only a few months. In 2010, on a visit to Lhasa, he was searched by Public Security personnel, who found a photo of the Dalai Lama, a picture of the Tibetan national flag and a Tibetan song on his mobile phone. He was detained for more than a month.