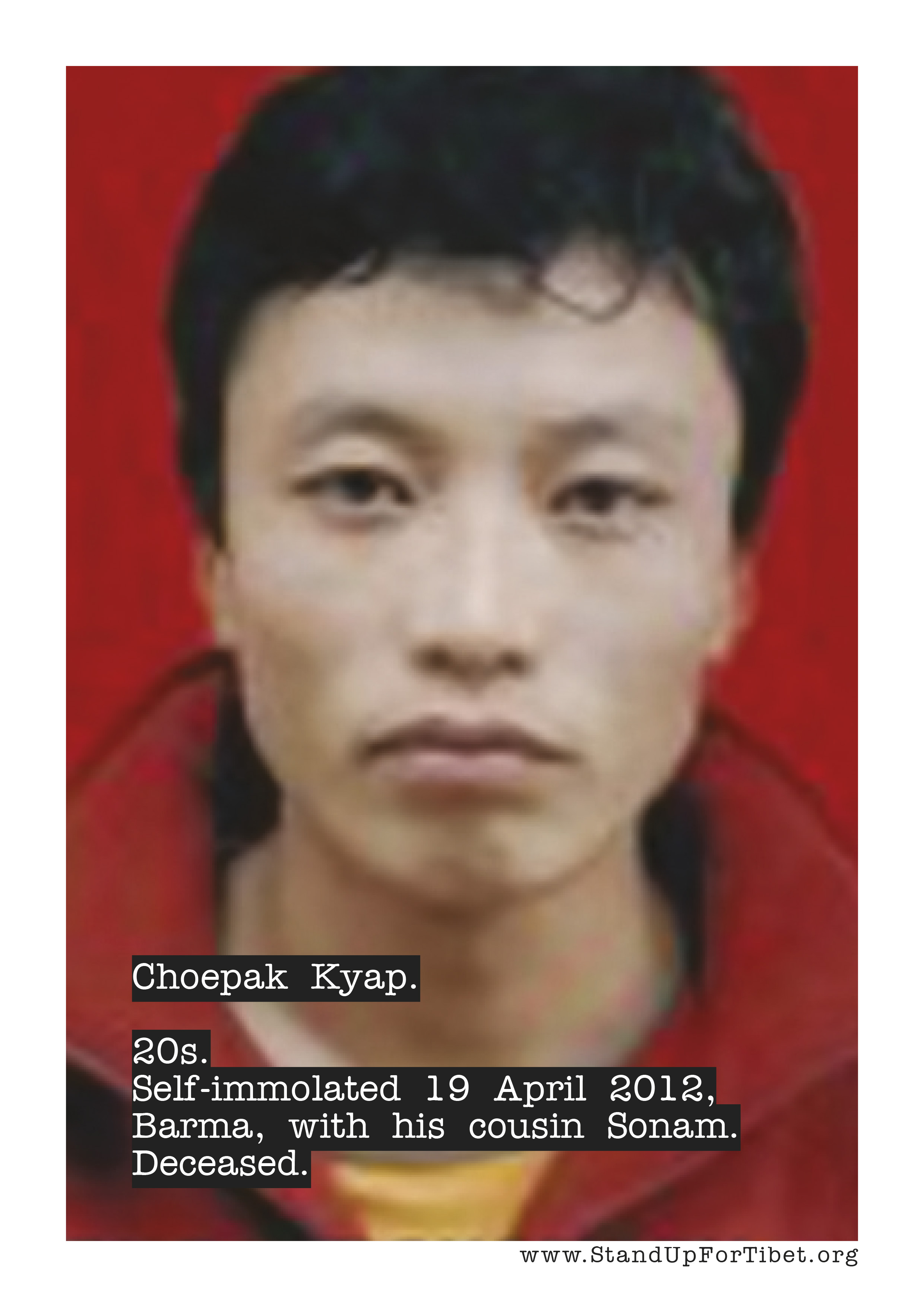 Two Tibetan men in their twenties, Sonam and Choepak Kyap, set fire to themselves today close to a local government office in Barma township near Jonang Dzamthang Gonchen monastery in the Tibetan area of Dzamthang, Ngaba.

Paramilitary troops were deployed immediatel however local people managed to prevent them from taking away the bodies of the two Tibetans, who had died following the self-immolation.

According to the exile Tibetans, who are in contact with Tibetans in the area, the bodies were taken to the monastery in order to carry out prayers, and many other Tibetans are gathering there. It is expected that a cremation and funeral services will be held soon.

On January 26 2012, police fired into a crowd of Tibetans, resulting in the death of a Tibetan student in Dzamthang. The young Tibetan, identified as a 20-year old student named Ogyen, was part of a crowd of Tibetans who had gathered to protest the detention of another young Tibetan, identified as Tarpa, who had posted leaflets earlier that day stating that the self-immolation protests that have taken place in Tibet were calls for Tibetan freedom and for the return of the Dalai Lama, and that the self-immolations would continue until authorities met these demands. Tarpa included his name and a photo of himself on the leaflets, stating that the authorities could arrest him if they wished. Ogyen, the student who was shot was a schoolmate of Tarpa, and had been seeking to prevent his arrest, according to exile Tibetan sources (see Tibetan student killed, several injured, after police open fire in Ngaba; news of two more prayer vigils for New Year)

Dzamthang is one of the most remote corners of Ngaba prefecture, and 600km from the provincial capital of Chengdu. The journey from Barkham, the capital of Ngaba county, into Dzamthang county marks the transition from the Tibetan areas of Kham to Amdo. According to Steve Marshall and Susette Cooke in their CD-Rom “Tibet Outside the TAR”: “In the past, Dzamthang lay on an important Amdo-Kham trade and communications route between Pema in the Golog territories and Draggo and Kartse in Kham, along which many pilgrims and religious teachers, traders and caravaneers travelled over the centuries. A rugged, richly forested mountain region carved by the deep upper Dadu watershed, Dzamthang was remote and alien to the Chinese when they invaded Kham and Amdo in 1950. It was not made a county until 1958, a measure of the Chinese occupiers’ difficulty in deciding how to deal with such an unknown quantity.” (Section from “Tibet outside the TAR,” archived here)