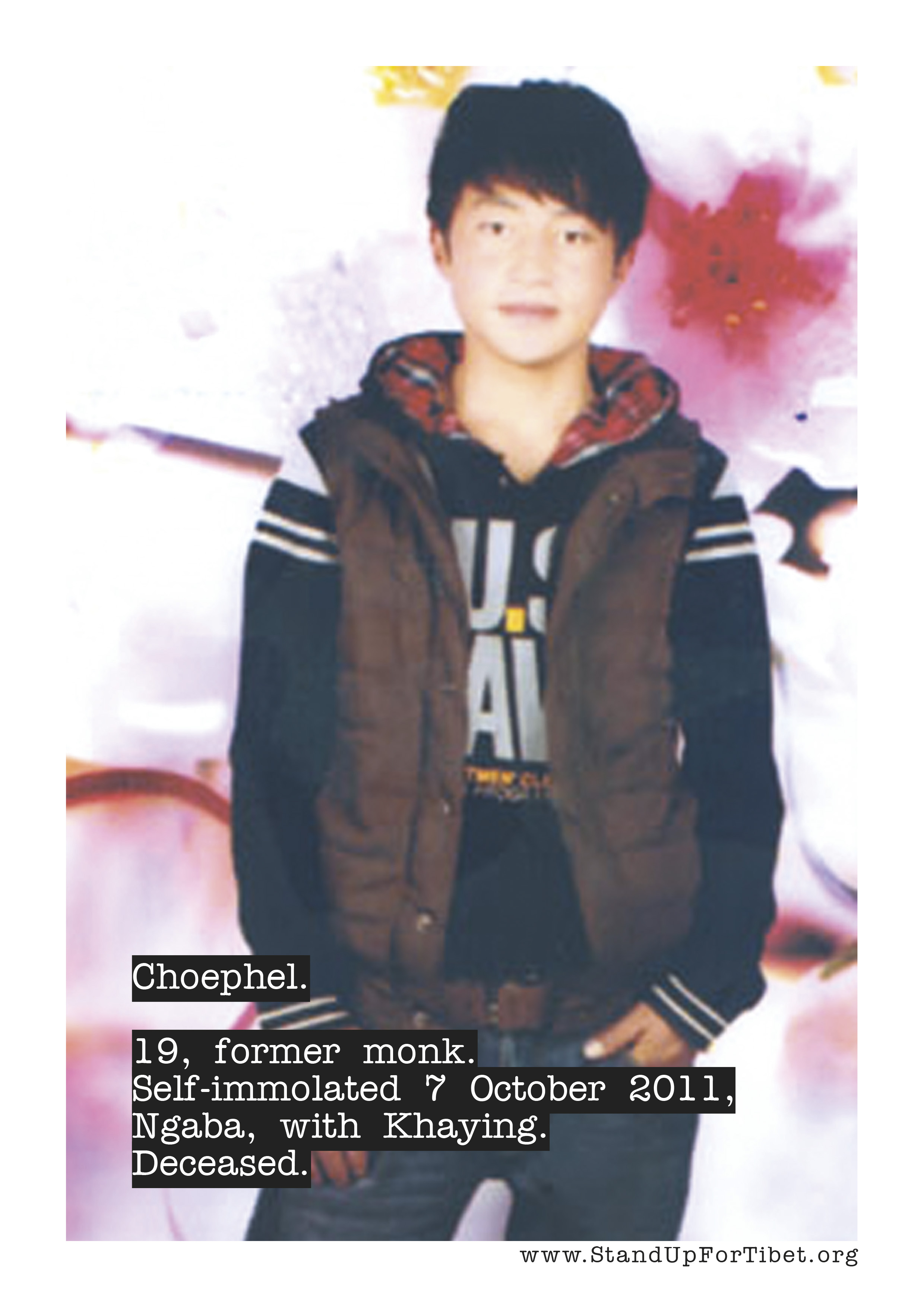 Choepel and Kayang, both former monks at Kirti monastery who may have been expelled, set fire to themselves along the main road in Ngaba. The two young men clasped their hands together and set fire to themselves before security personnel extinguished the flames and took the two to the county’s government-run hospital.

Kayang’s cousin, a Tibetan named Tashi, was one of the Tibetans killed in the Chinese government crackdown in Ngaba in 2008.

The Chinese state media reported the self-immolation in a Xinhua report on October 8, saying that two Tibetans were “slightly injured” after a “self-immolation attempt.”