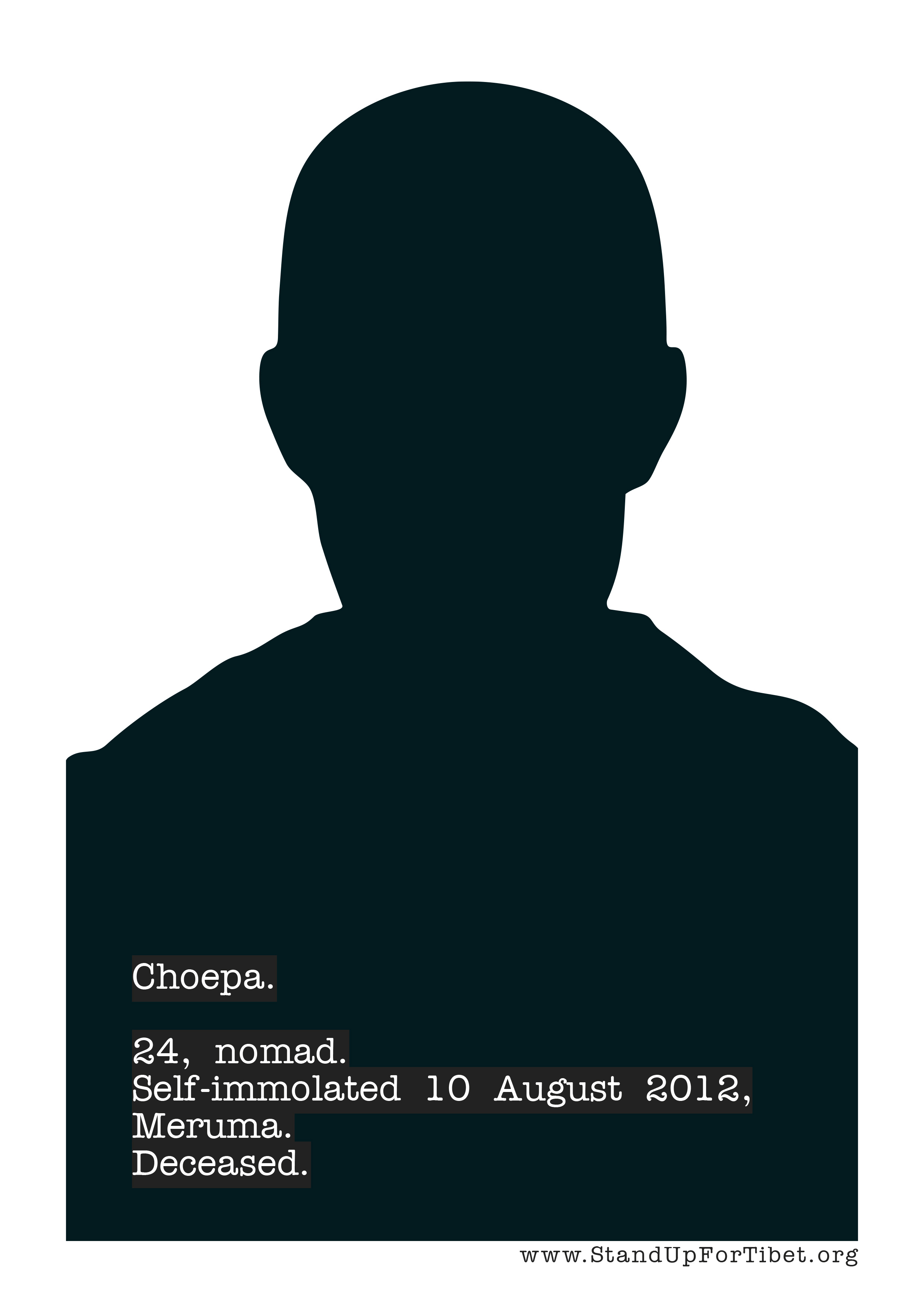 Within a few minutes, local security forces arrived at the scene, doused the still fierce flames, and took him away. According to witnesses, it was not clear at that point whether he was still alive. It has since been confirmed that Chopa died just on 10 August, shortly before reaching Barkham prefecture hospital.

Chinese authorities cremated his body without allowing his family to carry out traditions Tibetan rites of passage. His ashes were returned to his family.

Chopa had been among the leaders of a candlelight march in Me’urama township on 23 January 2012, during the lunar new year. He had been forced to go into hiding to avoid arrest afterwards.