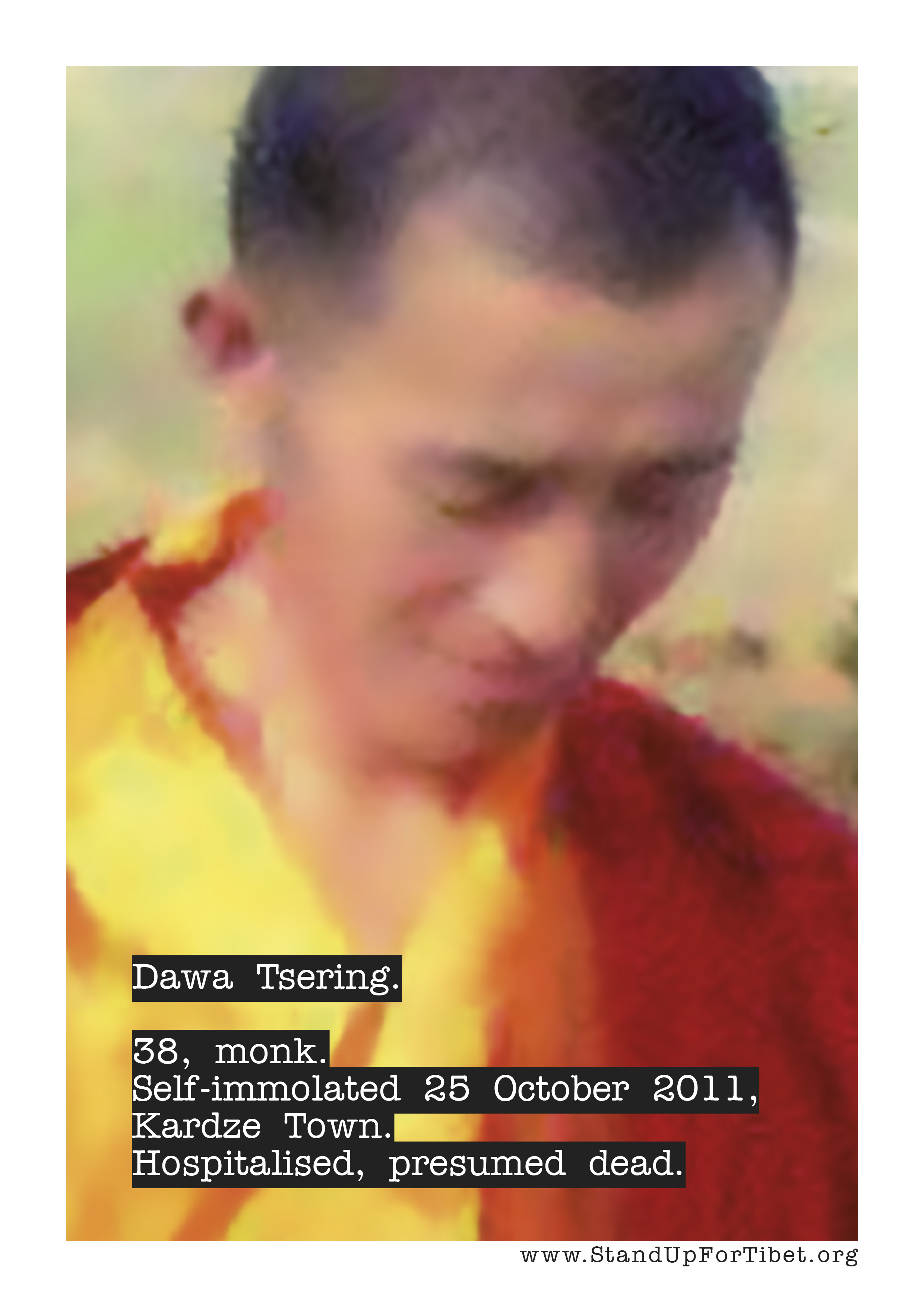 Dawa Tsering set himself on fire in a political protest against Chinese rule at Kardze Monastery in eastern Tibet.

Details from various exiled sources indicate that Dawa Tsering was still alive immediately after monks and other people attending a religious ritual at the monastery extinguished the flames, although his current condition and whereabouts are not clear.

One source indicated he was initially taken to hospital before monks then took him back to the monastery to prevent his arrest by police arriving at the hospital at around the same time; another source indicated he refused medical treatment and pleaded not to be taken to hospital. Both sources suggested however that Dawa Tsering was at the monastery in the care of other monks and laypeople, who were preventing Chinese police – stationed at the monastery in large numbers since the Tibet-wide protests of 2008 – from interrogating or detaining him.

Eye-witnesses report that Dawa Tsering was participating in a religious ceremony at the time of a Cham (monastic) Dance, attended by hundreds of local people inside the monastery when he set himself alight and shouted slogans calling for the Dalai Lama’s return to Tibet. The atmosphere at the monastery in the immediate wake of the incident was said by sources to be extremely tense, with Chinese police deployed around and inside the monastery in an apparent stand-off with the monks and lay-people protecting Dawa Tsering.

Kardze monastery was reportedly surrounded by Chinese police after his protest.