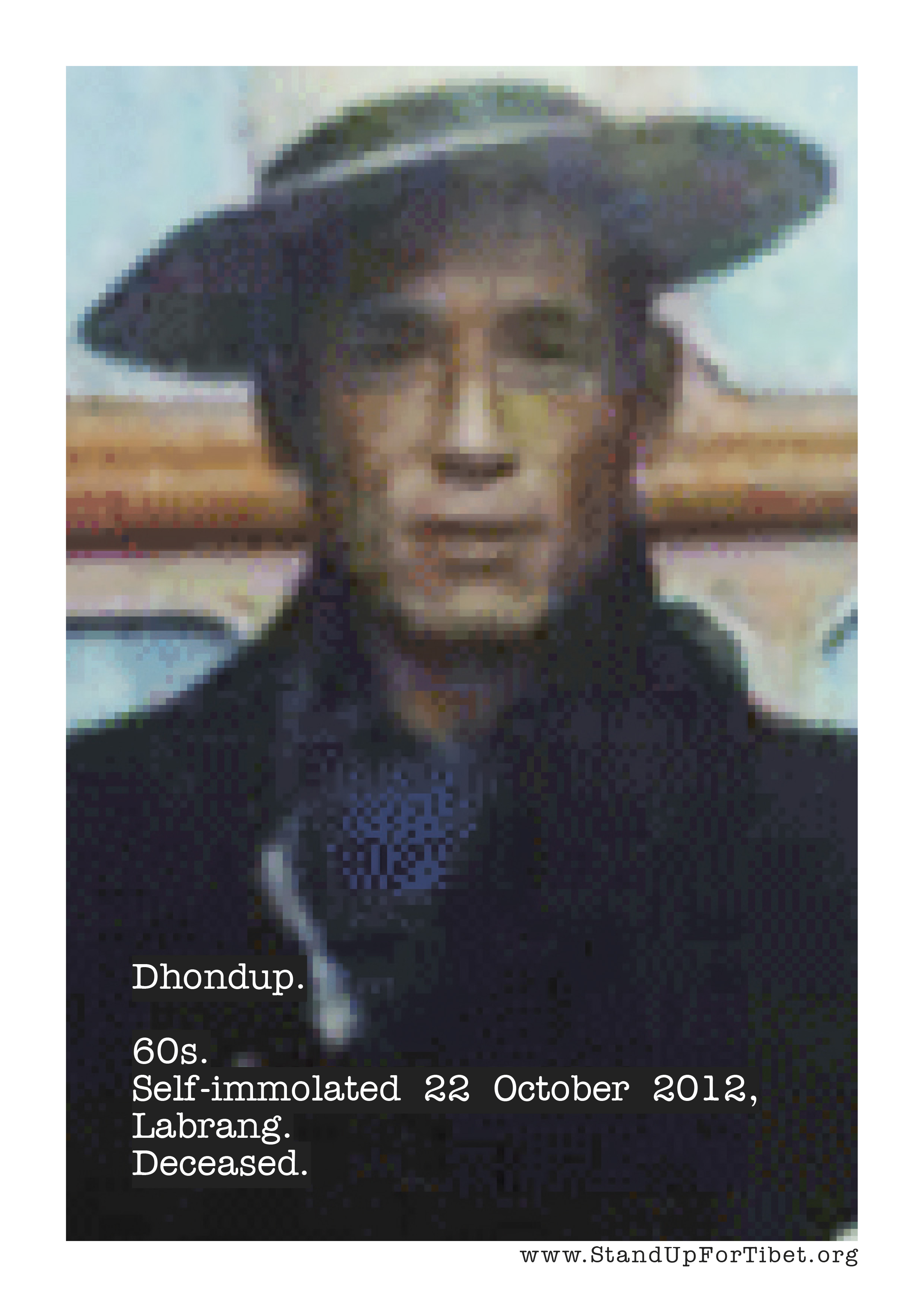 Dhondup set fire to himself at the side of a temple called Serkhang (meaning golden house or temple) in Labrang Tashikyil. Graphic images that reached Tibetans in exile depict his burning body near the pilgrimage circuit of the monastery, and one photograph shows a khatag (white blessing scarf) placed at the spot after his body was removed.

According to reports from exile Tibetans, Dhondup died after his self-immolation and troops took away his body. International Campaign for Tibet were told, “We heard that the flames surrounding the body were so intense. Troops arrived soon afterwards and put the remains in a large bag and took it away. Local monks then tried to hold prayers for Dhondup but police and monastic officials tried to prevent this happening.”