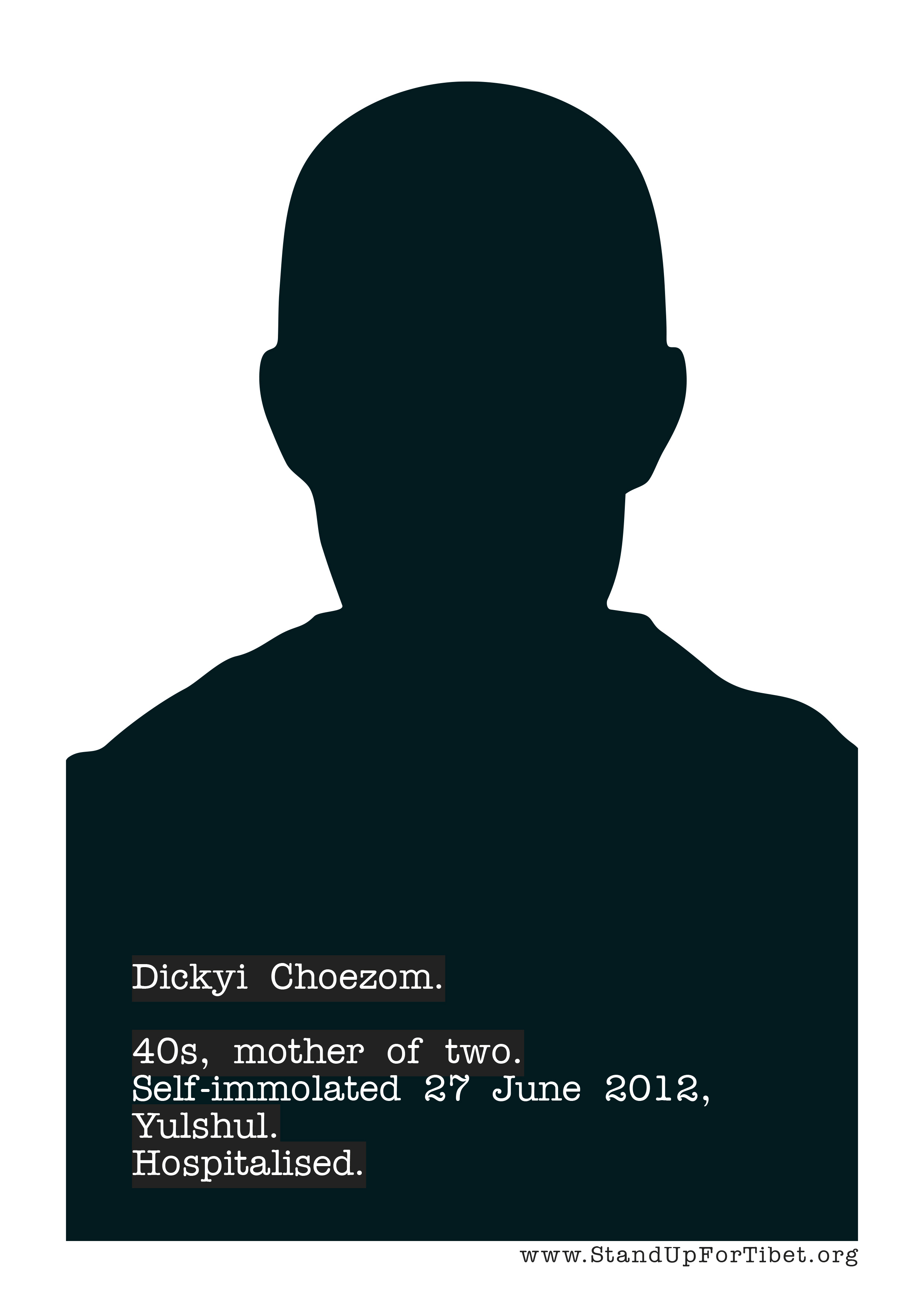 Dickyi Choezom, a mother of two, set herself on fire in Keygu town near the Dhondupling Monastery. Chinese security personnel at the scene of the protest doused the flames and took her away, reportedly to a hospital in Siling, but no further information is available.

An exile monk with contacts in the region told Tibetan media that police arrested two of her relatives but many Tibetans gathered and started demanding their release and threatening to set themselves on fire if the two were not released, and they were reportedly released later in the day but carried injuries from severe beatings. Tibetans from Kyegudo have been protesting China’s redevelopment plans in the region following the devastating earthquake in April 2010.