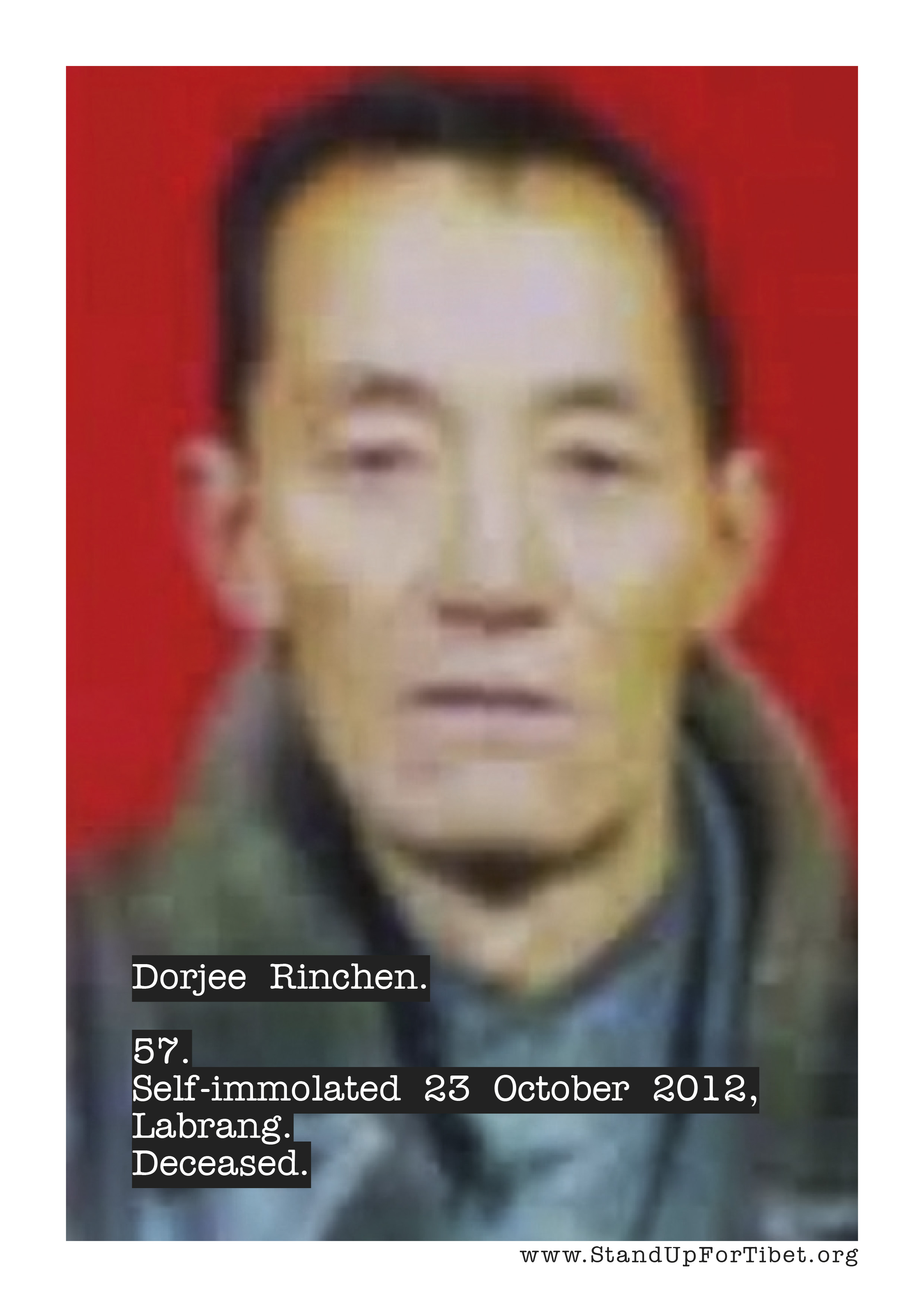 Dorje Rinchen set himself on fire and died. Reports from the area say that he did not die immediately.

It was also reported that local people did not allow his body to be taken away by troops, instead his body was taken home to his village, Sayi, which is around two kilometers east of Labrang monastery.

Monks from Labrang attempted to go to his house to offer prayers but were stopped by Chinese police.