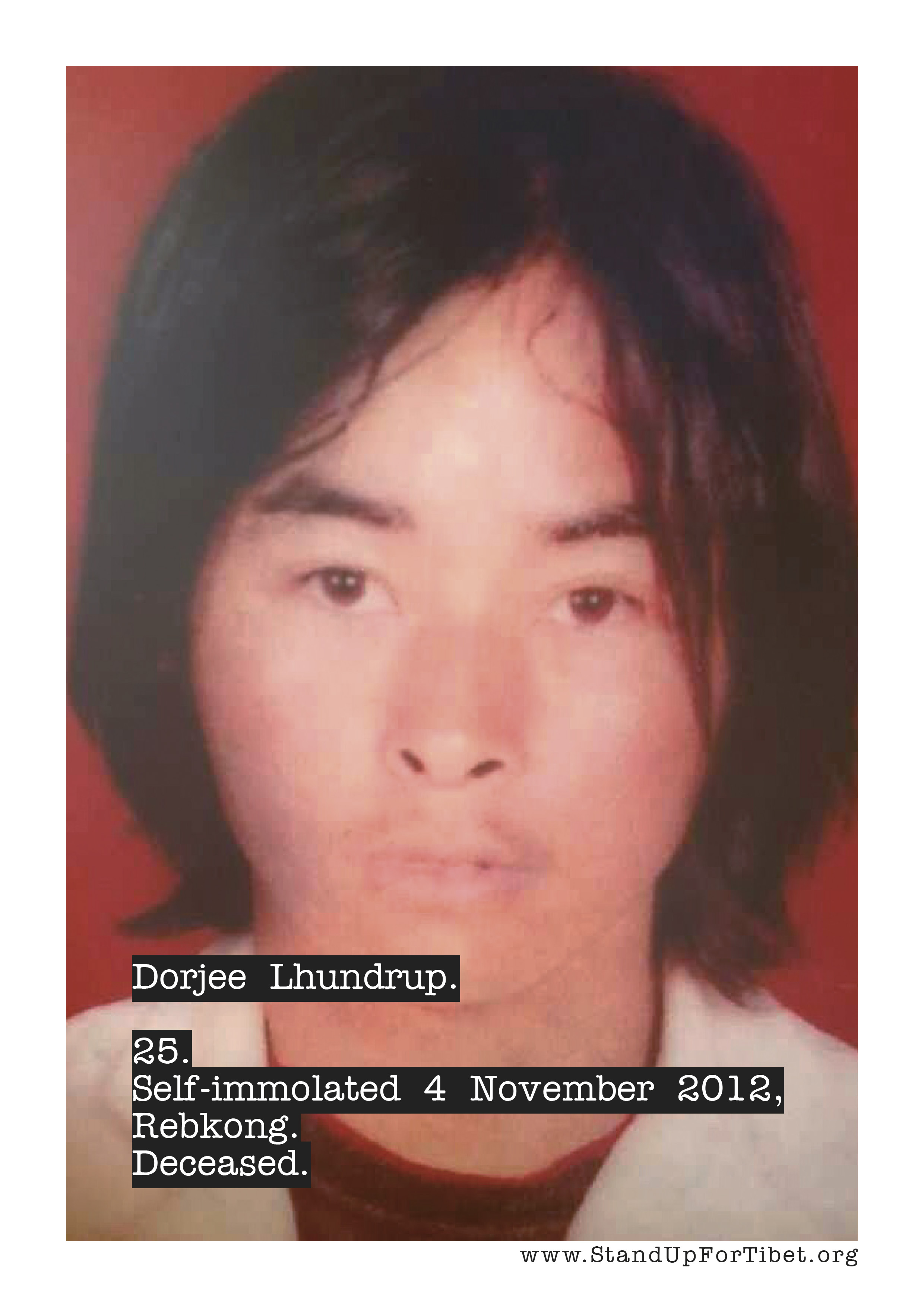 A young Tibetan man called Dorjee Lhundrup set fire to himself in Rebkong, Amdo. Dorjee Lhundrup was a farmer in his mid-twenties from Chuma village. He had two children, a two-year old daughter and a four-year old son.

According to a Tibetan in exile who is in contact with Tibetans in the area: “Many people gathered in the place where he set fire to himself, and then a number of monks went there too. They protected his corpse from Chinese police and troops, and brought him to the monastery where monks and laypeople prayed for him. His father spoke, and many people were crying. Dorjee Lhundrup was cremated on the side of a hill behind the monastery. Traditionally only high lamas were cremated there. Sonam Dargye, who self-immolated in March, was also cremated there.”

Dorjee Lhundrup is the third Tibetan from Rebkong to self-immolate, following another farmer, Sonam Dargye, and a Buddhist monk, Jamyang Palden, who both self-immolated in March 2012.

Dorjee Lhundrup was the 63rd Tibetans to set themselves on fire in protest against China’s rule in Tibet since February 2009.

On 2 November, UN High Commissioner for Human Rights Navi Pillay urged the Chinese government to immediately address the long-standing Tibetan grievances that have led to an escalation in protests and self-immolations saying: “Social stability in Tibet will never be achieved through heavy security measures and suppression of human rights. Deep underlying issues need to be addressed, and I call on the Government to seriously consider the recommendations made to it by various international human rights bodies, as well as to avail itself of the expert advice being offered by the UN’s independent experts on human rights.”