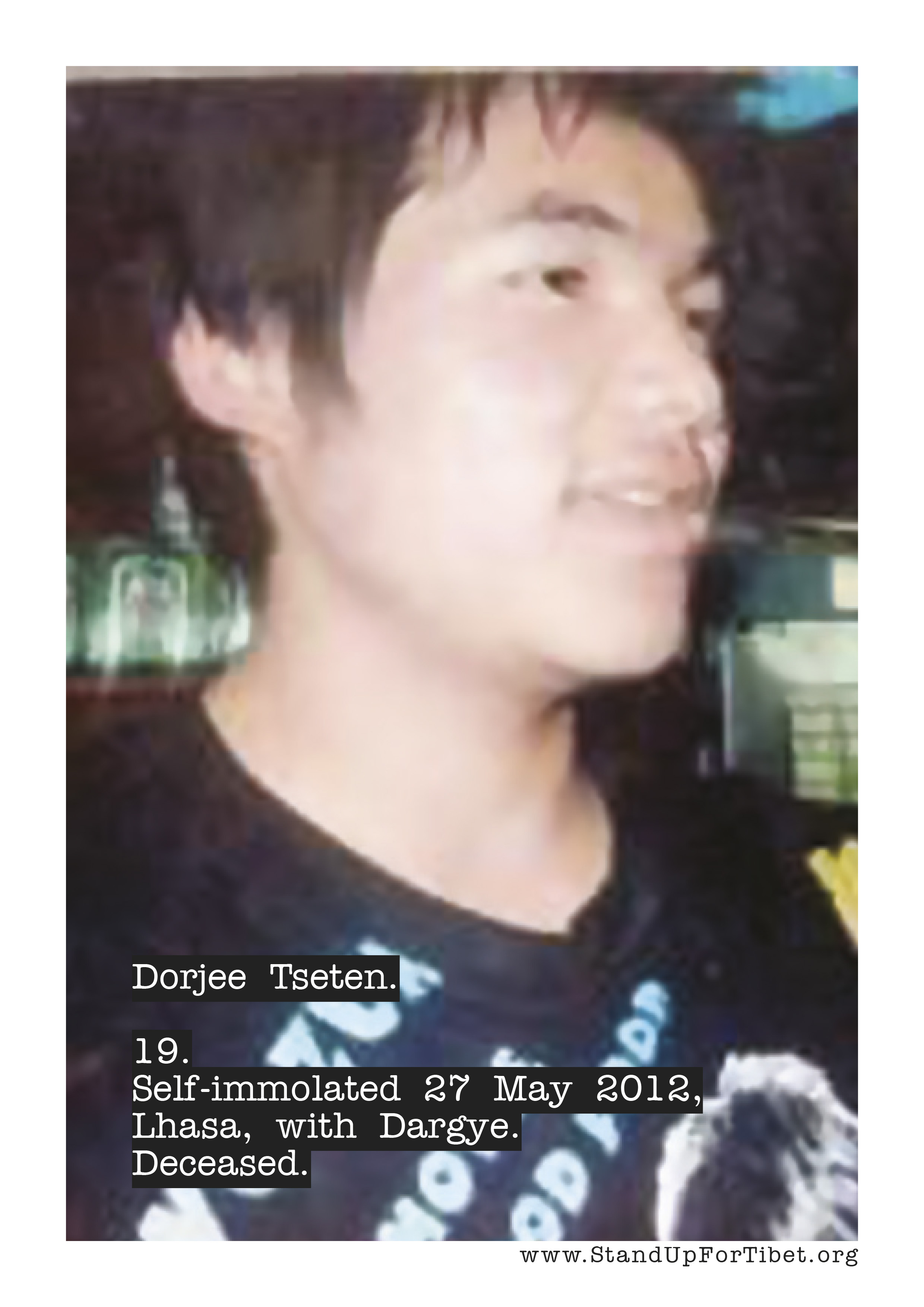 Two young Tibetan men, Dorjee Tseten and Dargy, set fire to themselves in Tibet’s capital Lhasa. This is the first such protest to take place in the capital and it was staged outside one of Tibet’s holiest shrines, the Jokhang Temple.

Nineteen-year old Dorje Tseten, from Labrang, had left home after high school and had been renting a room in a house in Lhasa. The entire household in Lhasa was later detained. Voice of America Tibetan language service reported that the two young men worked in a restaurant in Lhasa.

The protest took place during Saga Dawa, an important religious period for Tibetan Buddhists that commemorates the Buddha’s birth, enlightenment and death.

Chinese security in Lhasa has been particularly tight since March 2008 when protests occurred across Tibet and rocked the capital city. The official media reported today that Lhasa’s Public Security Bureau has set up a special task force to investigate the case.