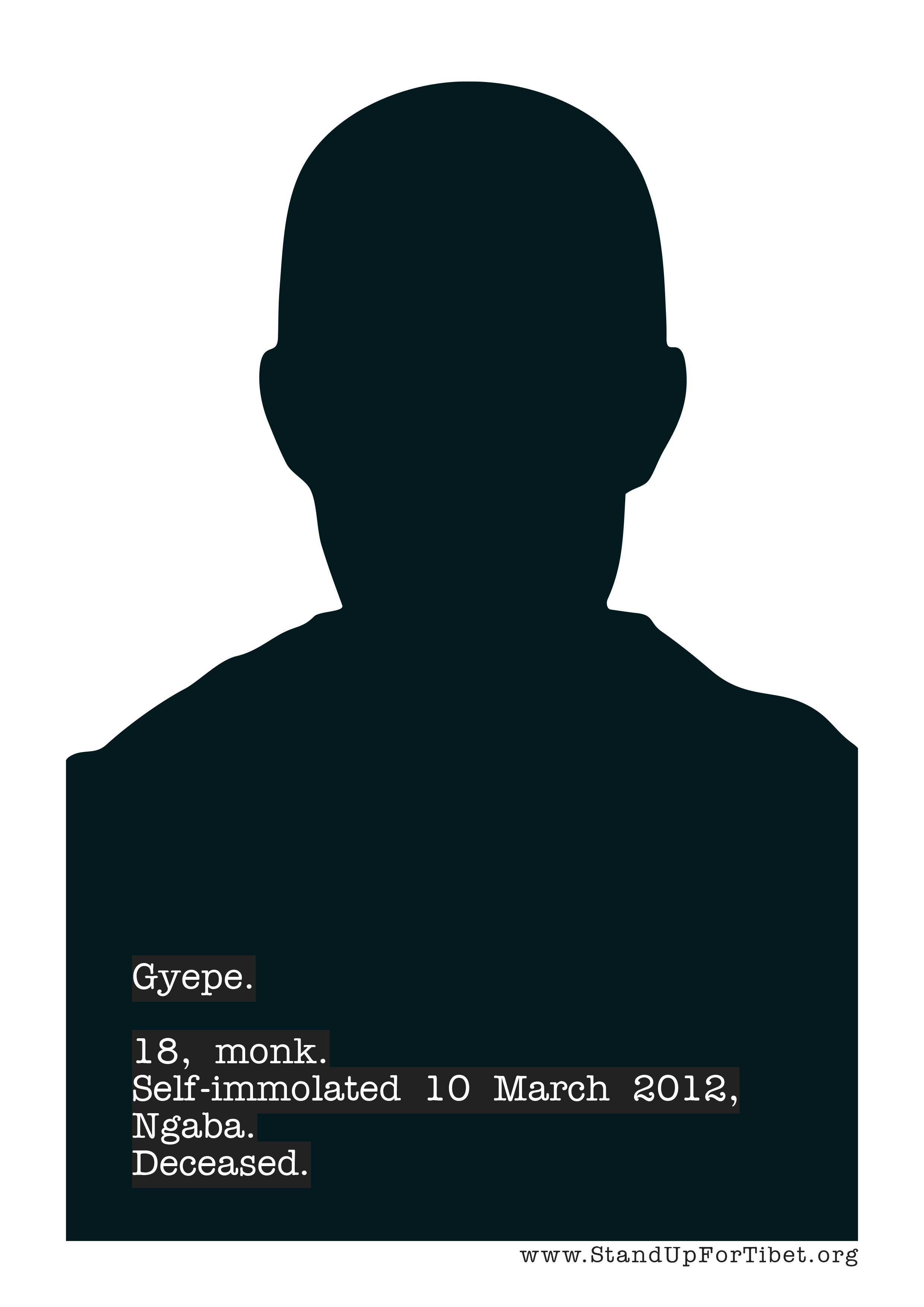 18-year old Tibetan monk, Gepey, died after setting himself ablaze in the late afternoon of 10 March 2012. It is not known if Gepey deliberately chose this date to mark the anniversary of the 1959 Tibetan Uprising, and the fourth anniversary of the protests beginning on March 10, 2008.

Gepey’s protest, during which he died, was carried out near the first military base set up by the People’s Liberation Army upon arriving in the area in 1950. When soldiers took Gepey’s body into the base, some local Tibetans confronted them, seeking the return of the body to Gepey’s family. It is believed Gepey self-immolated in the same vicinity where Rinchen, a Tibetan mother in her early thirties, set herself on fire in protest on 4 March 2012 .

Tibetans believe it is important to carry out prayer rituals after death in order to ensure a peaceful transition for the person into their next life. In Tibetan culture, for this reason, the body of a person who has died should be disturbed as little as possible. In the case of Tibetans who have self-immolated, many Tibetans believe that they are giving their lives as a form of dedication, or to be of benefit to others, and so it becomes even more important for the bodies to be returned for prayer ceremonies.

Officials did give Gepey’s body to the Tibetans, but also specified that Gepey should be cremated the same day and in the presence of no more than five relatives. This meant that customary funeral rights were unable to be performed, according to the same sources.

Gepey was from Choejema township in Ngaba county. He is survived by his mother and two brothers, who are also monks. Gepey’s mother was brought in by police for day-long questioning on 11 & 12 March, following Gepey’s protest.

Tibetan-run businesses and restaurants closed on 12 March in a demonstration of solidarity following the incident.