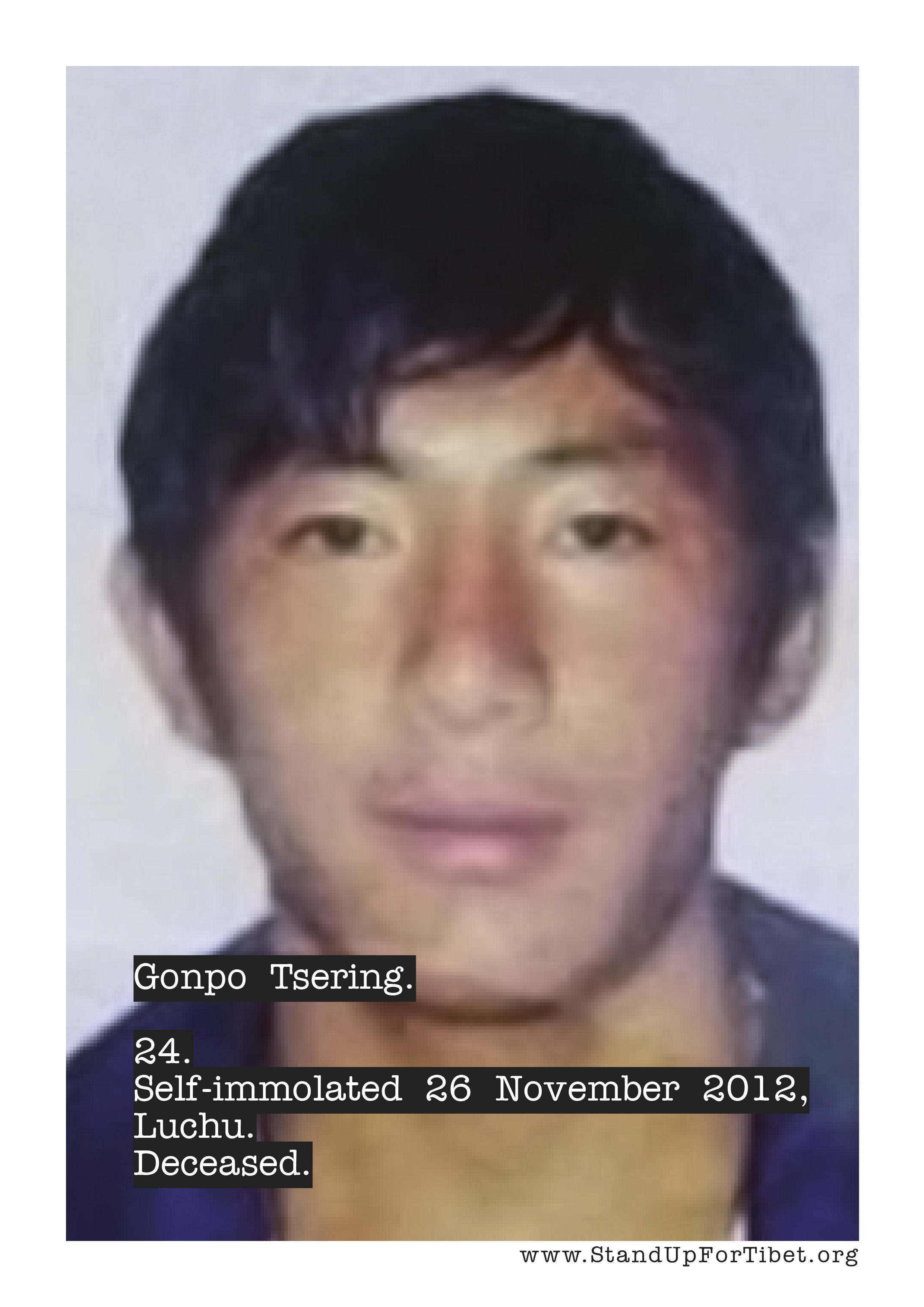 24-year-old Gonpo Tsering set himself on fire and died in Gansu province’s Luchu county in Kanlho. His protest took place on the same day as a further three Tibetans, including a nun, set themselves on fire in protest against Chinese rule.

The four protests brought the total number (on 26 November 2012) of self immolation protests to 85; each one highlighting Tibetans opposition to Chinese rule and demanding the return of Tibet’s spiritual leader the Dalai Lama.

On the same day armed police violently broke up a mass Tibetan student demonstration over an official booklet which ridiculed the wave of burning protests as acts of “stupidity.”

At least 20 students from the Tsolho Medical Institute were admitted to hospital after being beaten by armed Chinese police who had surrounded and taken control of the school, the local residents told Tibetan exile sources.

“The students of Tsolho Medical Institute protested against the distribution of a book condemning the study of Tibetan language as devoid of relevance and the self-immolations as acts of stupidity,” one exile source told RFA’s Tibetan service.