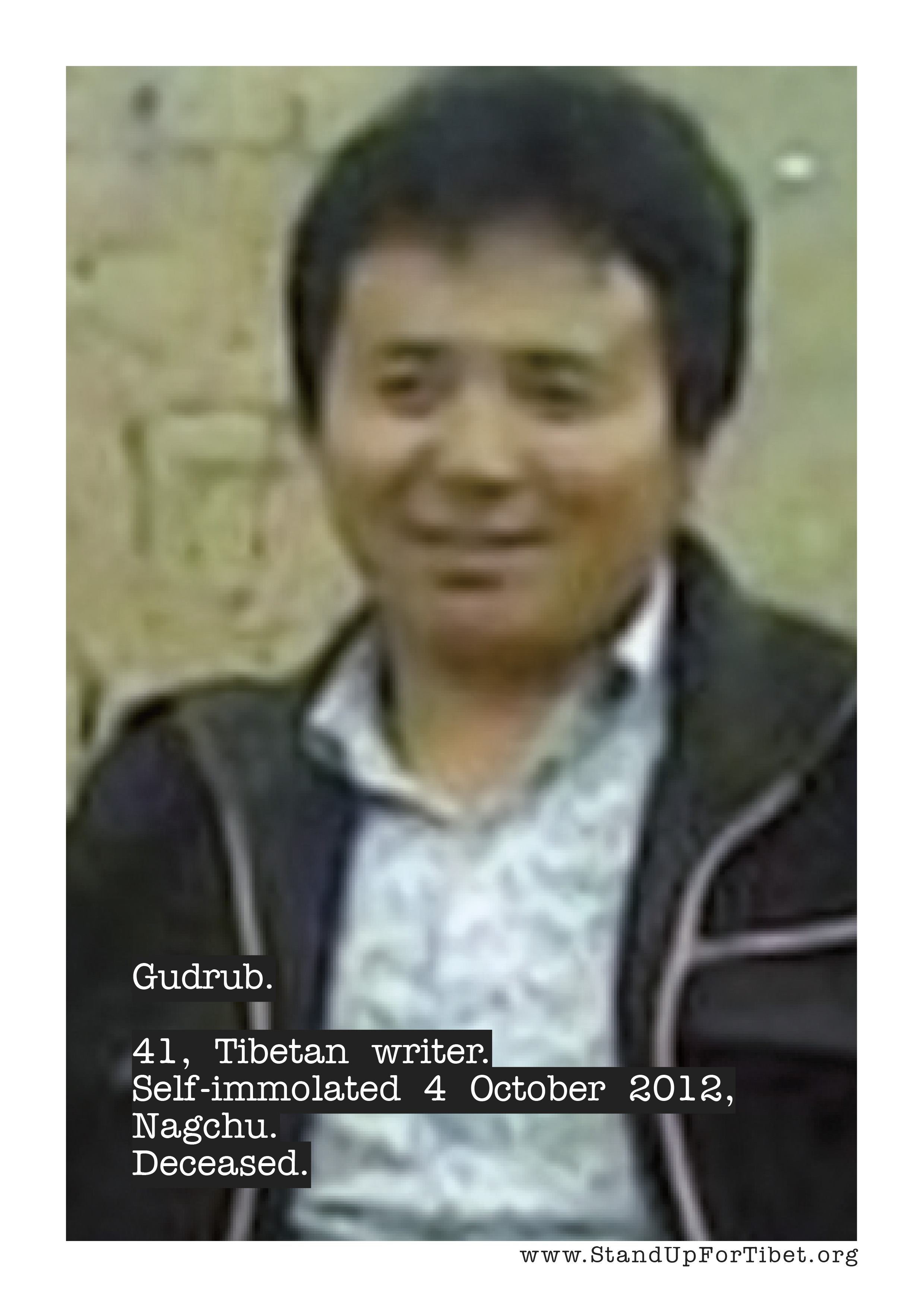 Gudrub, a 41 year-old Tibetan writer, dies after setting himself on fire and shouting slogans calling for Tibetan freedom and the return of the Dalai Lama to Tibet.

Voice Of America reported that a group of Tibetans transported Gudrub’s body to hospital, where authorities took him into their custody. A doctor later told the group that Gudrub had died, but authorities would not release his body.

In the article Gudrub wrote, called ‘The Sound of a Victorious Drum Beaten by Lives’, under his pen-name ‘Youth of the Snowland’, Gedrub wrote about the continuing crackdown by China in Tibetan areas writing, “Tibetans who are concerned about the welfare of the people are subjected to arbitrary arrests and beatings. Tibetans who refuse to denounce His Holiness the Dalai Lama or accept China’s rule on Tibet are secretly killed or made to disappear.” He continued to point out that, as a result of China’s policies in Tibet Tibetans “are sharpening our nonviolent movement… declaring the reality of Tibet by burning our own bodies to call for freedom in Tibet.”