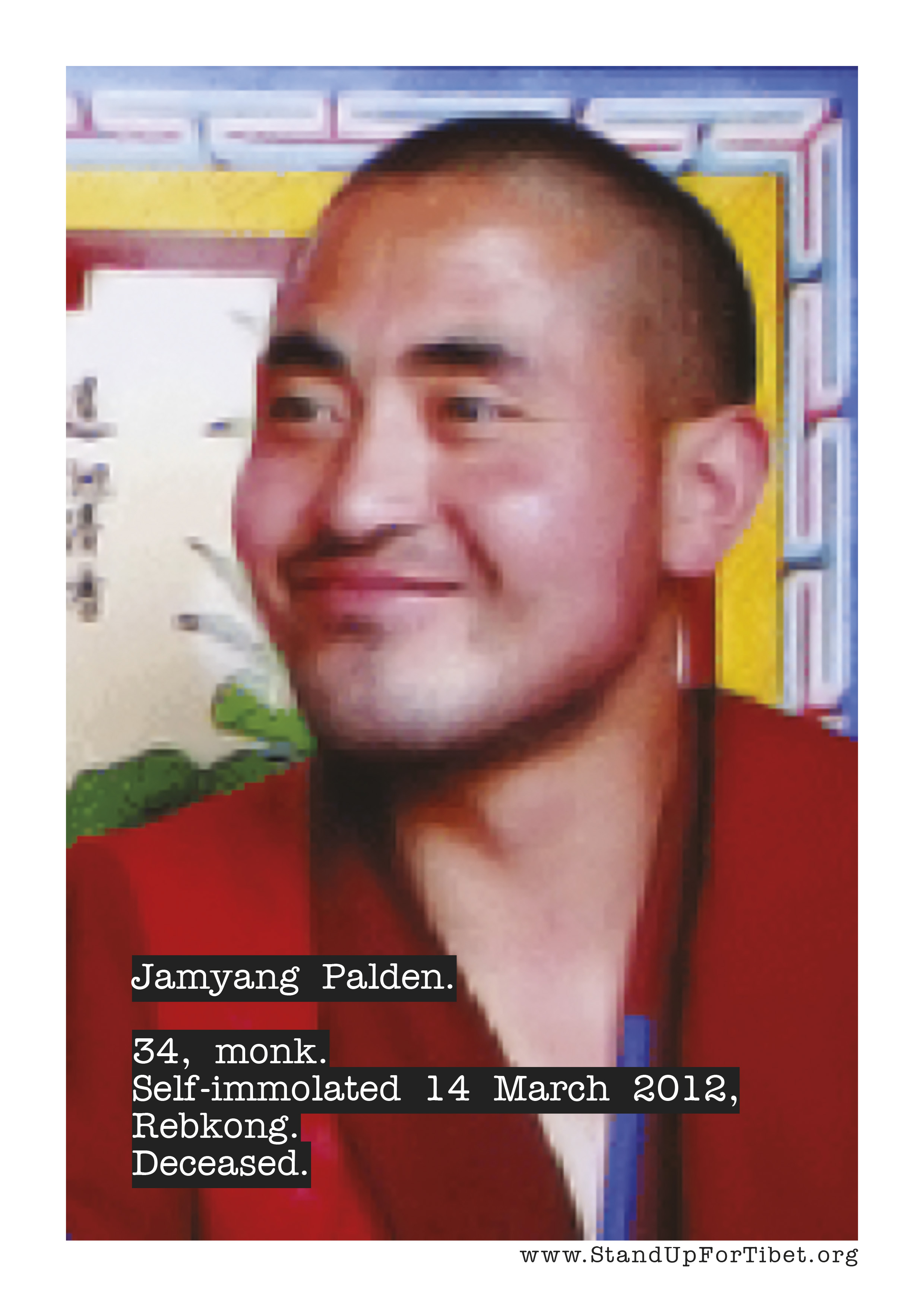 Monks and local people took him to hospital, but it seems that he has since been moved back to the monastery. Despite the buildup of troops, images from Rebkong after his protest showed local people gathered at the scene of his self-immolation, quietly praying for him. The gathering led to a peaceful protest, with Tibetans calling for the Dalai Lama to return to Tibet. There are fears for the safety of Tibetans in Rebkong due to the military buildup following his protest.

Jamyang Palden’s protest was the first self-immolation in Rebkong, and the 28th in Tibet since February, 2009. Jamyang Palden survived the self-immolation, but his condition is serious, according to Tibetans in exile in contact with those in the area.