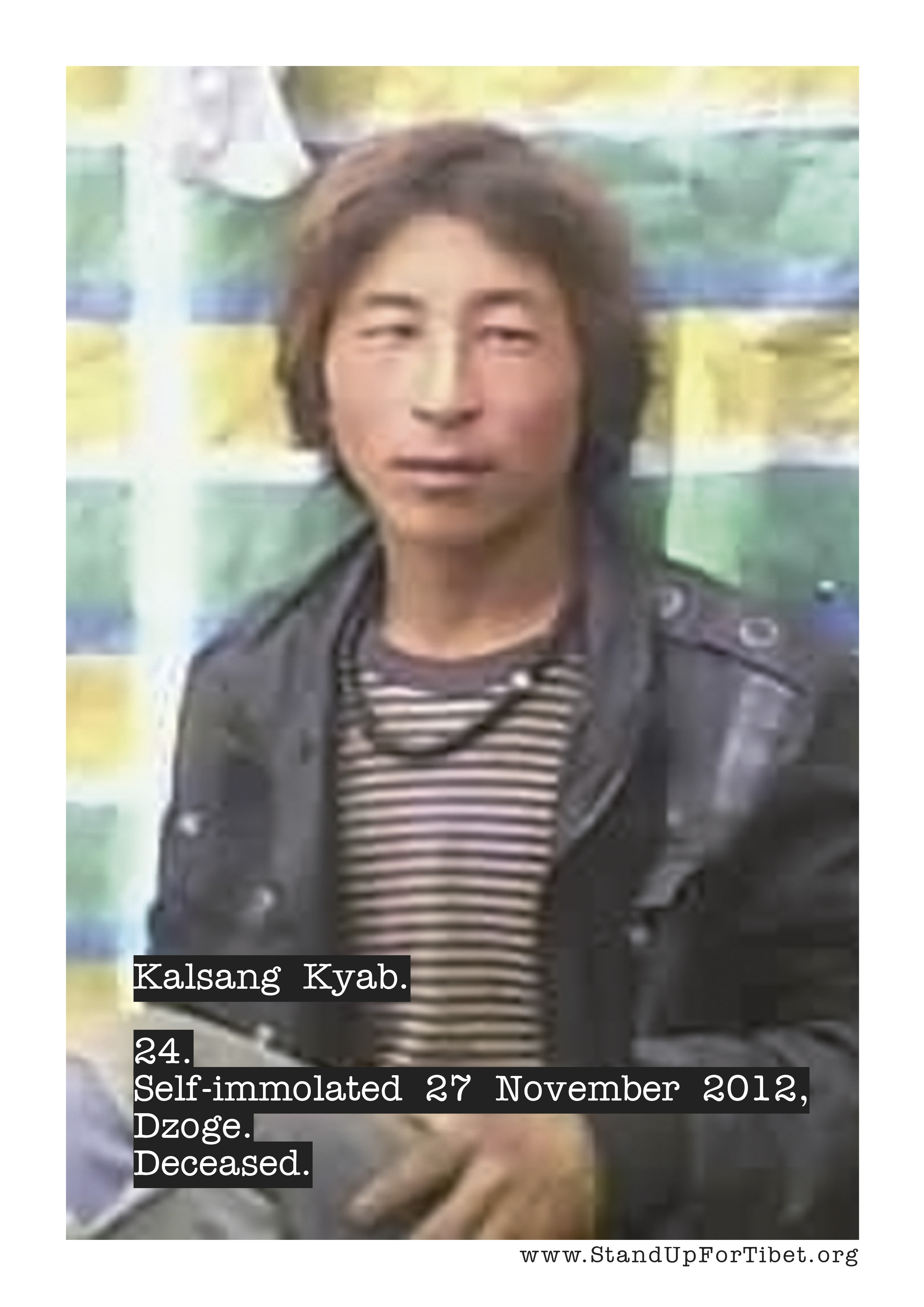 Keslang Kyab, 27, set himself on fire in protest outside a government office building in Kyangtsa township in Ngaba, As Kelsang Kyab neared the government office building, he doused himself with petrol and shouted slogans, including, “May the Dalai Lama live for 100 aeons! May Kirti Rinpoche live for 100 aeons!” He set himself alight as he approached the front of the building and died at the scene.

Following the protest, armed security forces were deployed and blocked off the town of Kyangtsa.

The 24-year old Kelsang Kyab was the third of six children and grew-up a herdsman. Following his self-immolation, local Tibetans returned his body to his home near Kyangtsa township in Dzoege.