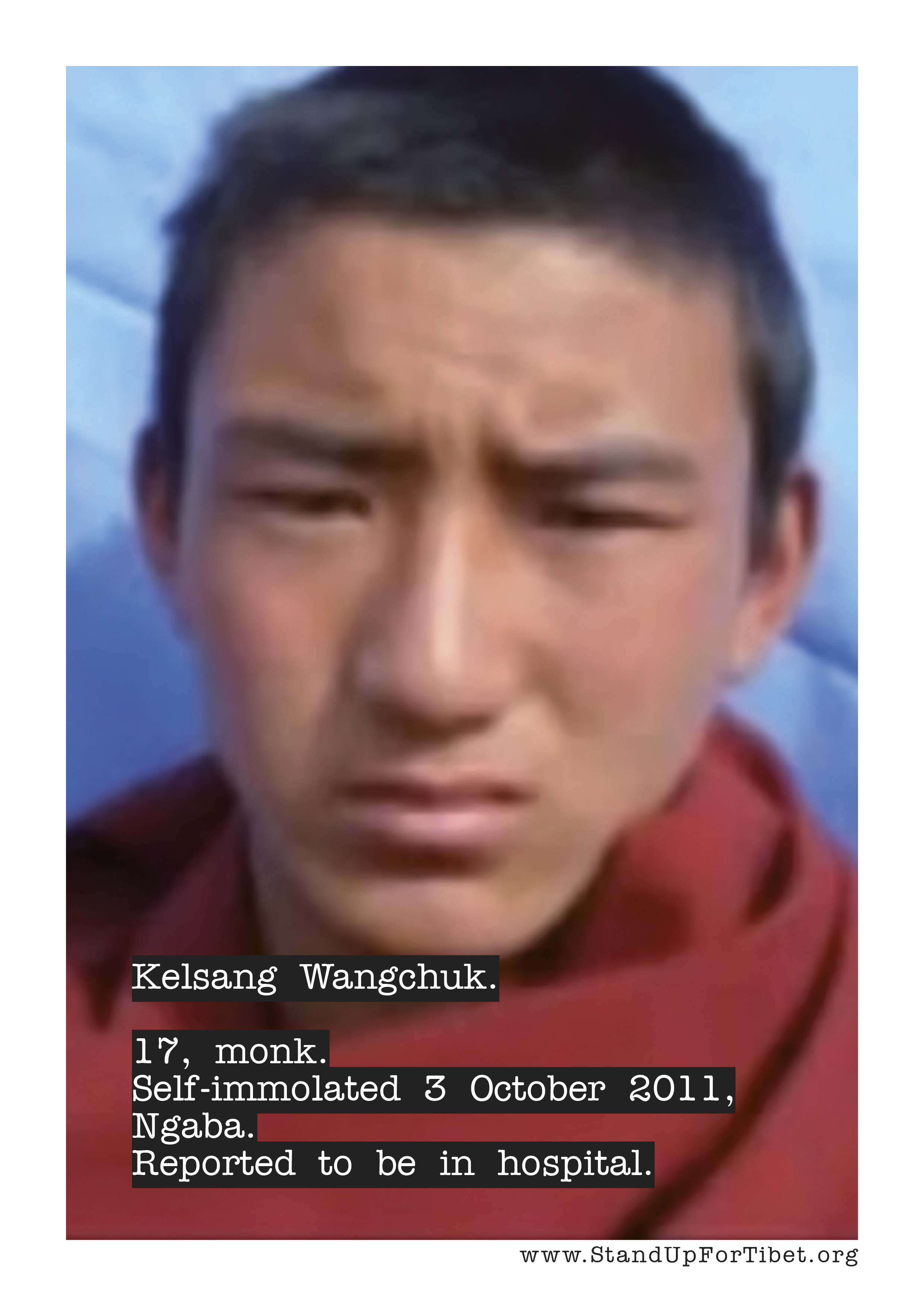 Kelsang Wangchuk, a 17-year old monk from Kirti monastery, set himself on fire in Ngaba county town. As part of his protest he carried a photo of the Dalai Lama and was shouting slogans against the Chinese government when he set fire to himself along the main street in Ngaba.

Sources state that he was immediately surrounded by security personnel, who extinguished the fire and beat Kelsang Wangchuk before taking him away. Kelsang’s current wellbeing and whereabouts remain unknown.

Shortly after Kelwang Wangchuk’s protest additional security forces were deployed in Ngaba county town and at Kirti monastery. It is reported that later pamphlets were distributed and posted around the monastery and the market place in Ngaba county town a few days ago, stating that if the current security crackdown in the area were to continue, “many more people were prepared to give up their lives” in protest.