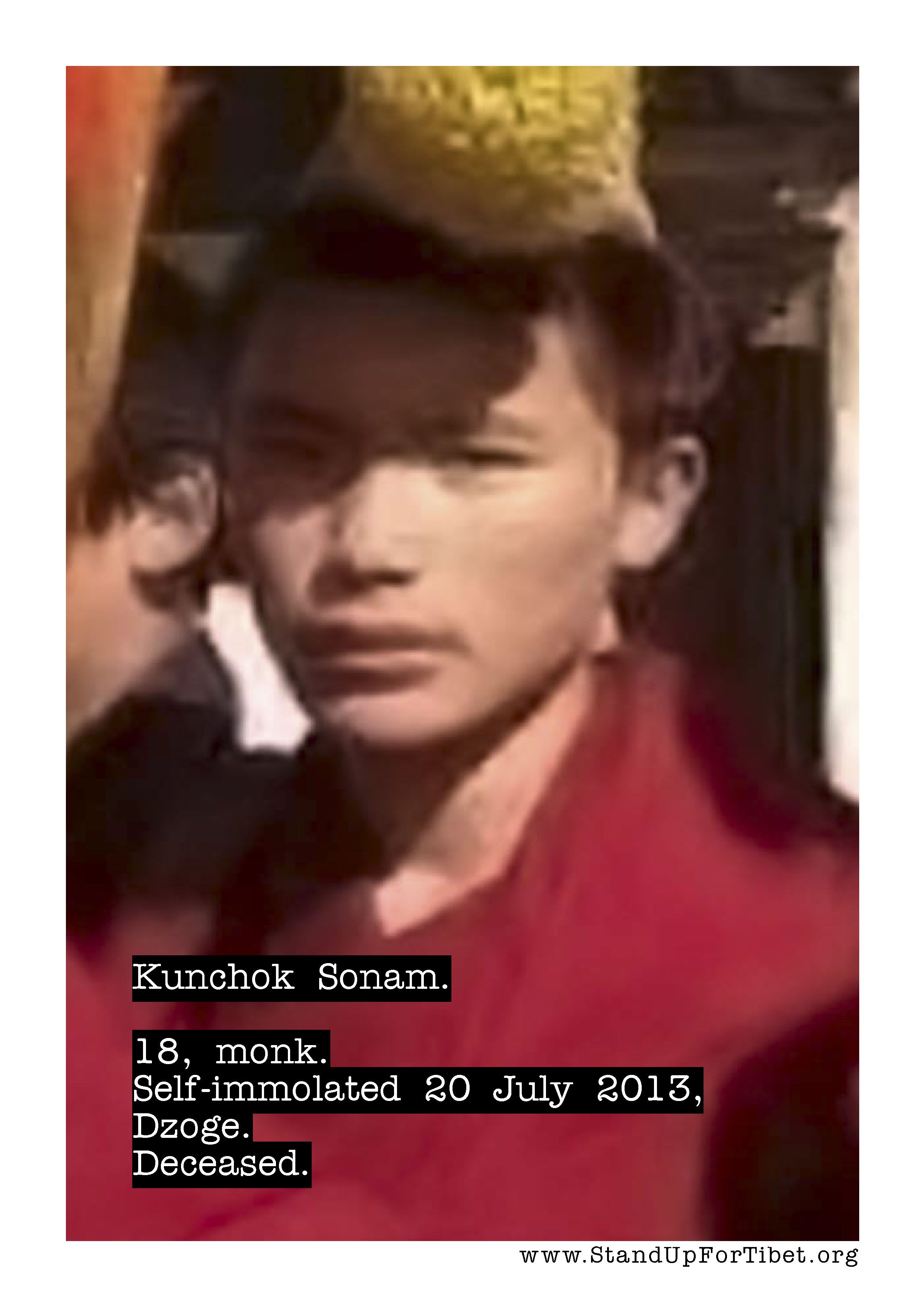 18-year old Tibetan monk Kunchok Sonam set himself on fire and died outside his monastery in Ngaba, where the crackdown has been among the most intense in Tibetan areas.

Kunchok Sonam was regarded as ‘exceptional’ in his studies. He had told friends that living under Chinese rule in Tibet had brought too much suffering.

Kunchok Sonam’s protest occurred despite aggressive measures by the authorities over the past two years to prevent self-immolations in the Ngaba area. The most senior Tibetan official in Dzoege county has been removed from his post following the self-immolations and because he was known to be responsive to the concerns of local Tibetans.

Radio Free Asia reported that hundreds of Tibetans have gathered at the monastery in support of monks who prevented Chinese authorities from taking away his body.

A heavy troop presence has now deployed in the town and at the Soktsang Gelugpa monastery where Kunchok Sonam was a monk.