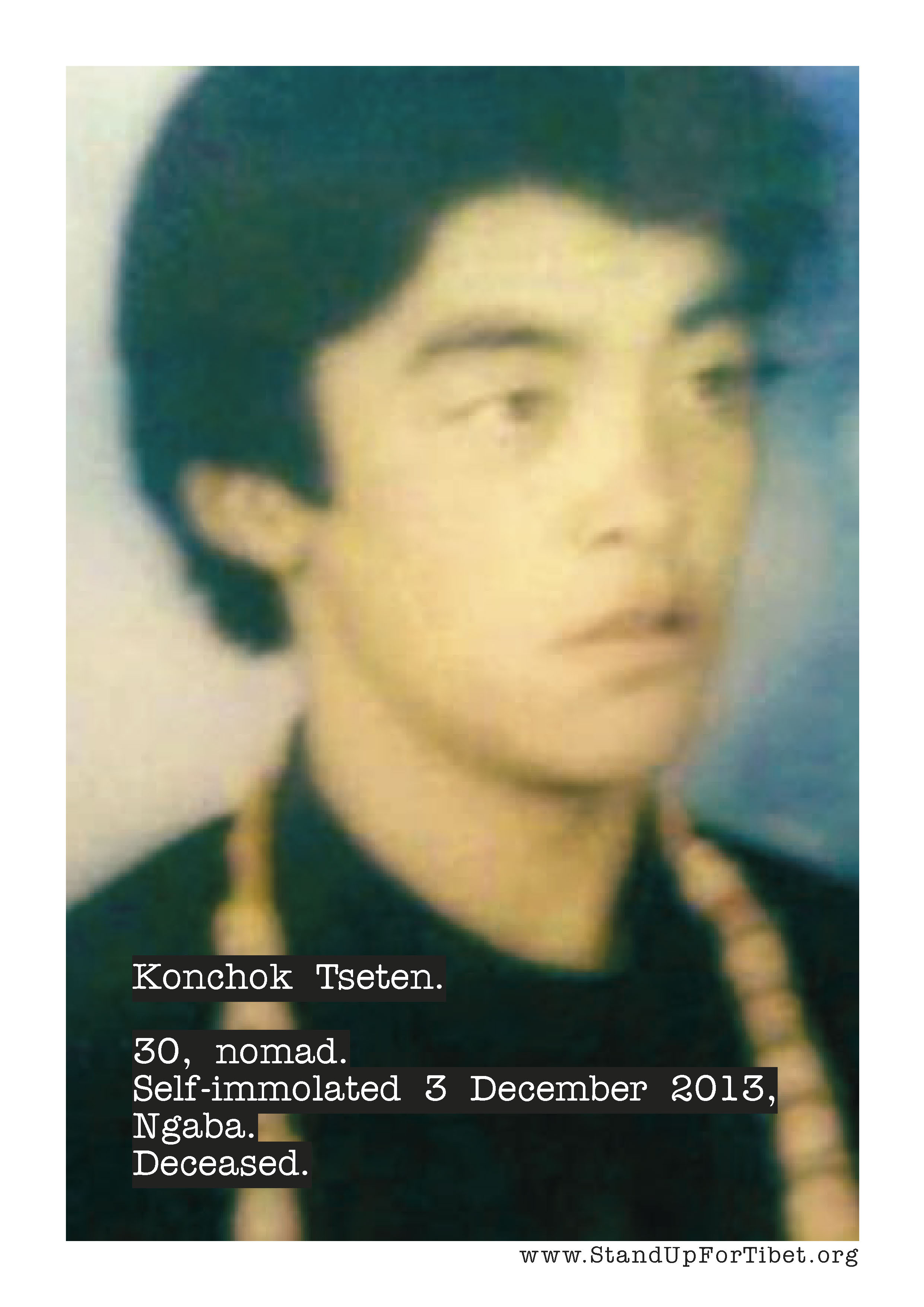 Kunchok Tseten, a young Tibetan father, set fire to himself in Meruma township in Ngaba, sparking protests as local people tried to stop police taking him away after he collapsed in the road in flames. Kunchok Tseten’s wife and some relatives have disappeared and are believed to have been taken into custody, according to Tibetan exile sources.

Kunchok Tseten was heard shouting loudly as he ran down the road ablaze, calling for the long life of the Dalai Lama, for His Holiness to return to Tibet and for Tibetans to be reunited both inside Tibet and in exile. A Tibetan with contacts in the area told Radio Free Asia: “Even after he collapsed on the ground, he was seen by local witnesses folding his hands together in prayer and uttering some words that were not audible.”