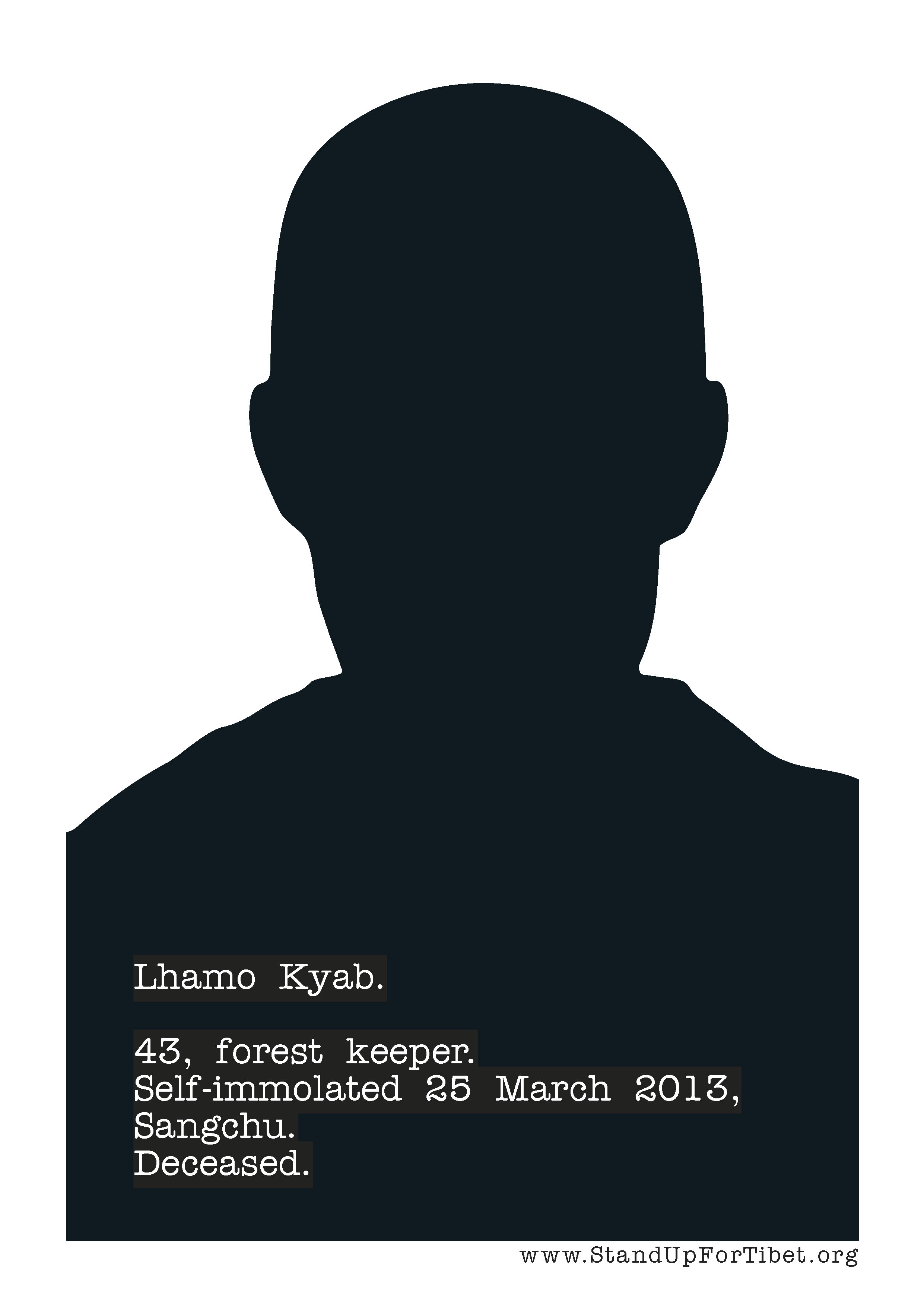 A Tibetan forest guard set fire to himself and died on March 25 in Sangchu (Chinese: Xiahe), Gannan. The circumstances of his death remain unclear, but due to unofficial information received from the area, ICT includes this death on the list of self-immolations.

In contrast to other self-immolators, Lhamo Kyab, a Tibetan man in his early forties, appears to have set fire to himself by pouring petrol over a pile of logs, setting them alight and placing himself amidst the flames, according to Tibetan sources in exile. He died in a rural area near his home in Meshul township, Sangchu.

An image received from Tibet depicts what can barely be discerned as human remains on bare earth, near a pile of wood, with denuded steep hillsides beyond. By the time he was found little remained of his body.