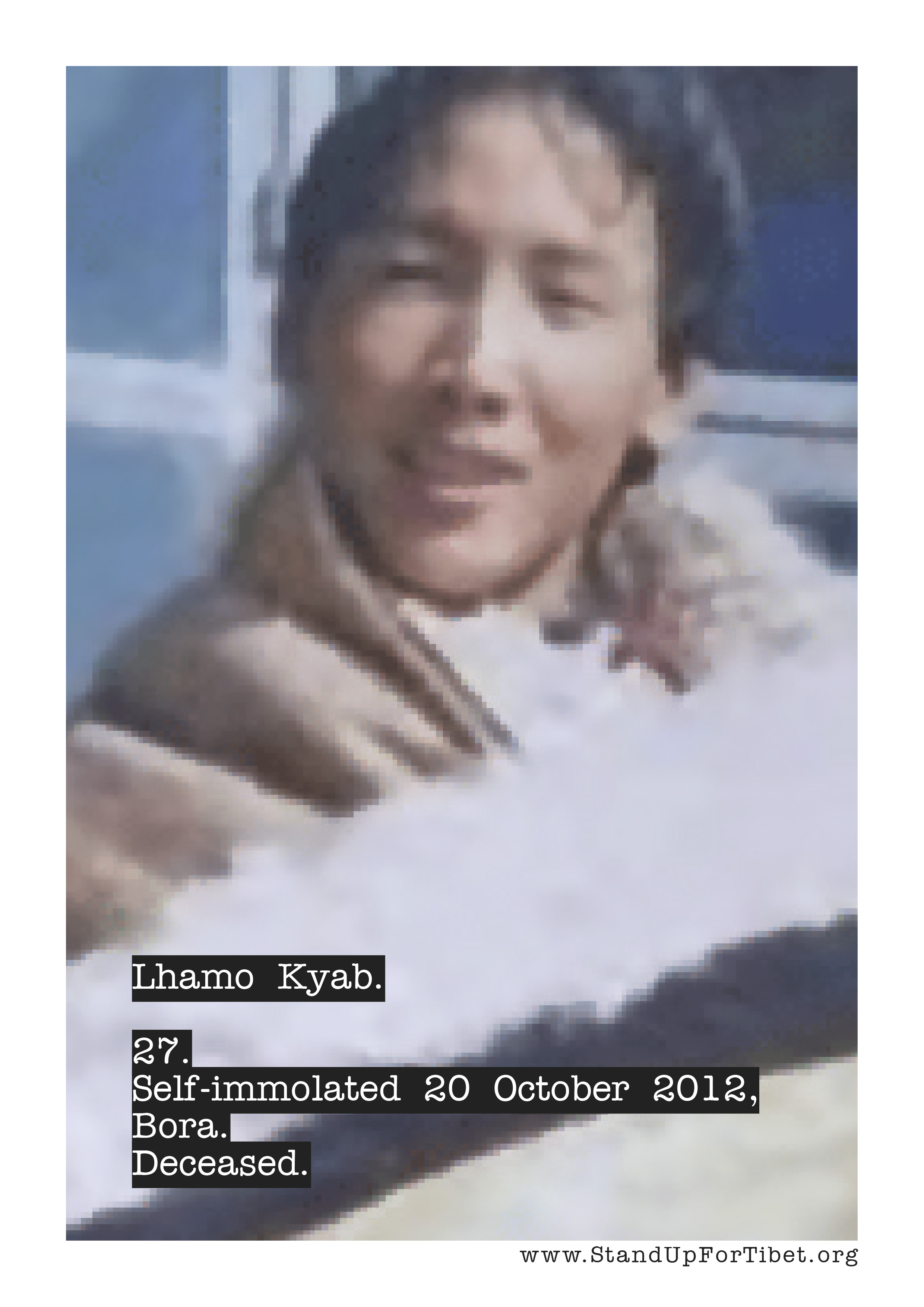 Lhamo Kyab, a Tibetan man in his twenties with two young children, set fire to himself and died near Bora monastery in Sangchu.

Lhamo Kyab was seen running along the road in flames, and calling for the Dalai Lama to come home to Tibet. The same sources said that police tried to put out the flames, and a local man took off his shirt and tried to fling it over Lhamo Kyab but the blaze was too strong.

Lhamo Kyab had a wife and two children, aged 10 and 7.