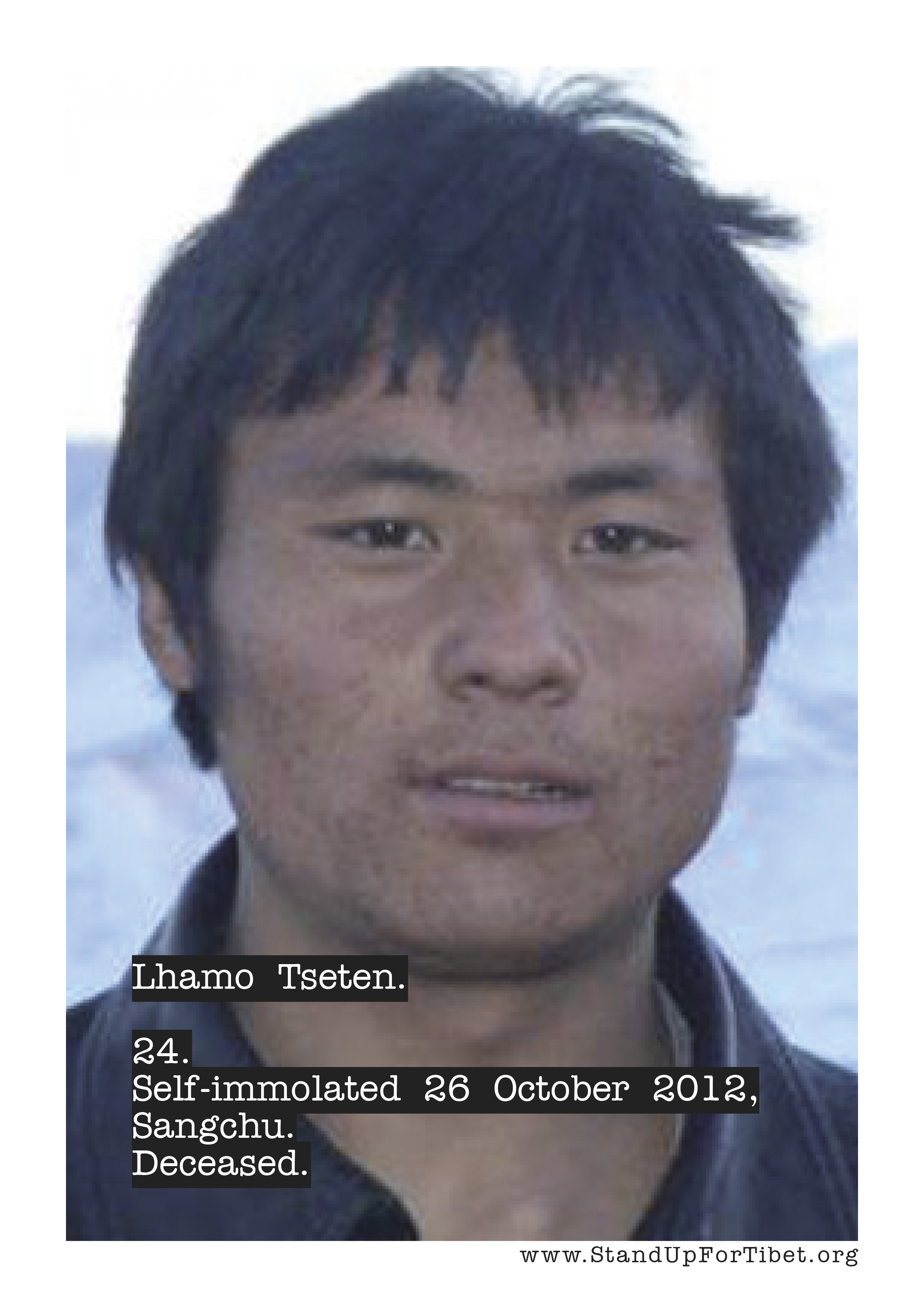 Lhamo Tseten, a Tibetan farmer and nomad in his mid-twenties set himself on fire and died at the scene. He shouted that His Holiness the Dalai Lama should come back to Tibet, and that Tibet should be free. A Tibetan in exile who is from the area said, “Lhamo Tseten was still shouting when he collapsed. People said that when on the ground Lhamo Tseten still put his hands together as if he were praying.” Local people took his body back to his home, where monks from Amchok monastery held prayers.

Lhamo Tseten was the fourth Tibetan in Sangchu county to set fire to himself in a week.

Security was intensified with more troops are being sent to Amchok following the self-immolation, according to the same sources.

The region was already under tight control due to local Tibetans’ strong reactions to a new airport being built in Amchok close to a mountain regarded by local people as sacred.

Lhamo Tseten was married to a local Tibetan woman, Tsering, and they have a two year old daughter.

Lhamo Tseten had lunch with some friends in Amchok and later set fire to himself. He had not told anyone what he was going to do, according to the same sources.

Lhamo Tseten came from the village of Kad, which is around five kilometers away from Amchok township, near the new airport that is being built by the Chinese authorities. The Amchok area has been under intense military control for some time, not least because of the construction of the airport near Lhamo Tseten’s village, which is near a mountain considered as sacred by Tibetans. The airport was approved by the State Council in Beijing in 2009 (Xinhua, May 3, 2009), and since then, many local people have expressed strong objections to the project. According to Tibetans from Amchok who are now in exile, construction stopped temporarily in 2010 because of protests from Tibetans, but the year after it began again, accompanied by a stronger contingent of troops and paramilitary. It is due to be completed in one or two years, according to Tibetan sources.

Earlier in 2012 r a Tibetan from Amchok was shot dead by police, apparently following allegations of stealing from the site of the airport, although there was no evidence of his involvement. In a separate incident in December, 2011, a Tibetan man in his twenties from Amchok was beaten to death by police on December 9 (2011) after he was stopped for driving a motorbike in the town of Labrang.