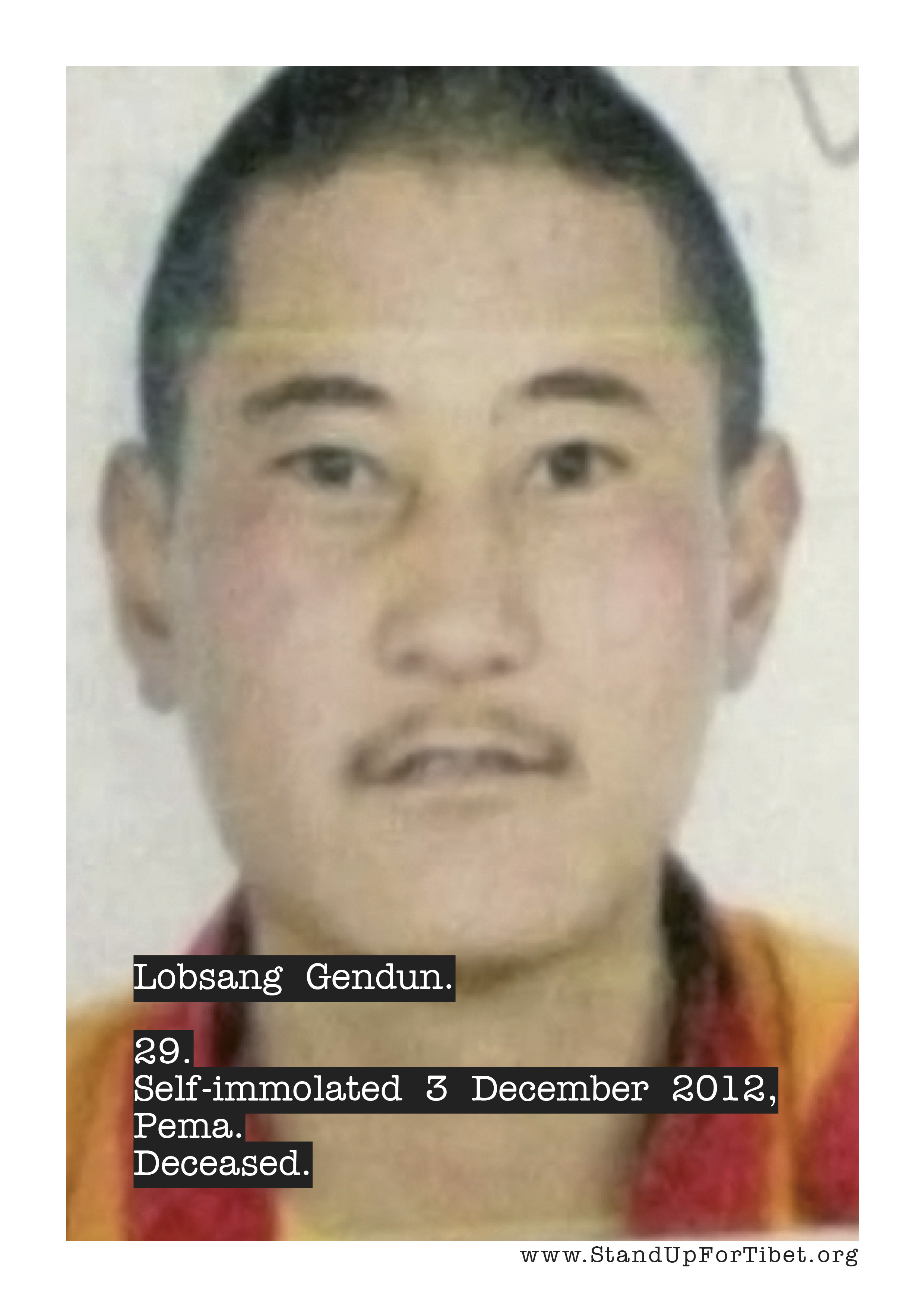 Lobsang Geleg, aged 29, set fire to himself, shouted slogans while walking 300 steps with hands folded in prayer before he collapsed and died.

Chinese security forces and Tibetan residents tussled over custody of the body of Lobsang Gendun, 29, after he self-immolated at around 7 p.m. local time in Qinghai province’s Pema (in Chinese, Banma) county, said the sources, speaking from inside Tibet.

“He set himself on fire at a tri-road crossing in Pema county near the eight petal lotus monument made of mud,” one source told RFA’s Tibetan service.

“With his body on fire, he walked about 300 steps with hands folded in prayer posture, and raised slogans before he collapsed dead on the ground,” the source said.

“At that moment, the Chinese police and PSB [Public Security Bureau officers] arrived at the scene and attempted to take his body away. However, the local Tibetans managed to wrest his body away from the Chinese and brought it to a monastery,” explained the source.

Lobsang Gendun was attached to Penak monastery in Pema county, which sources said has been put under strict surveillance following the latest self-immolation.