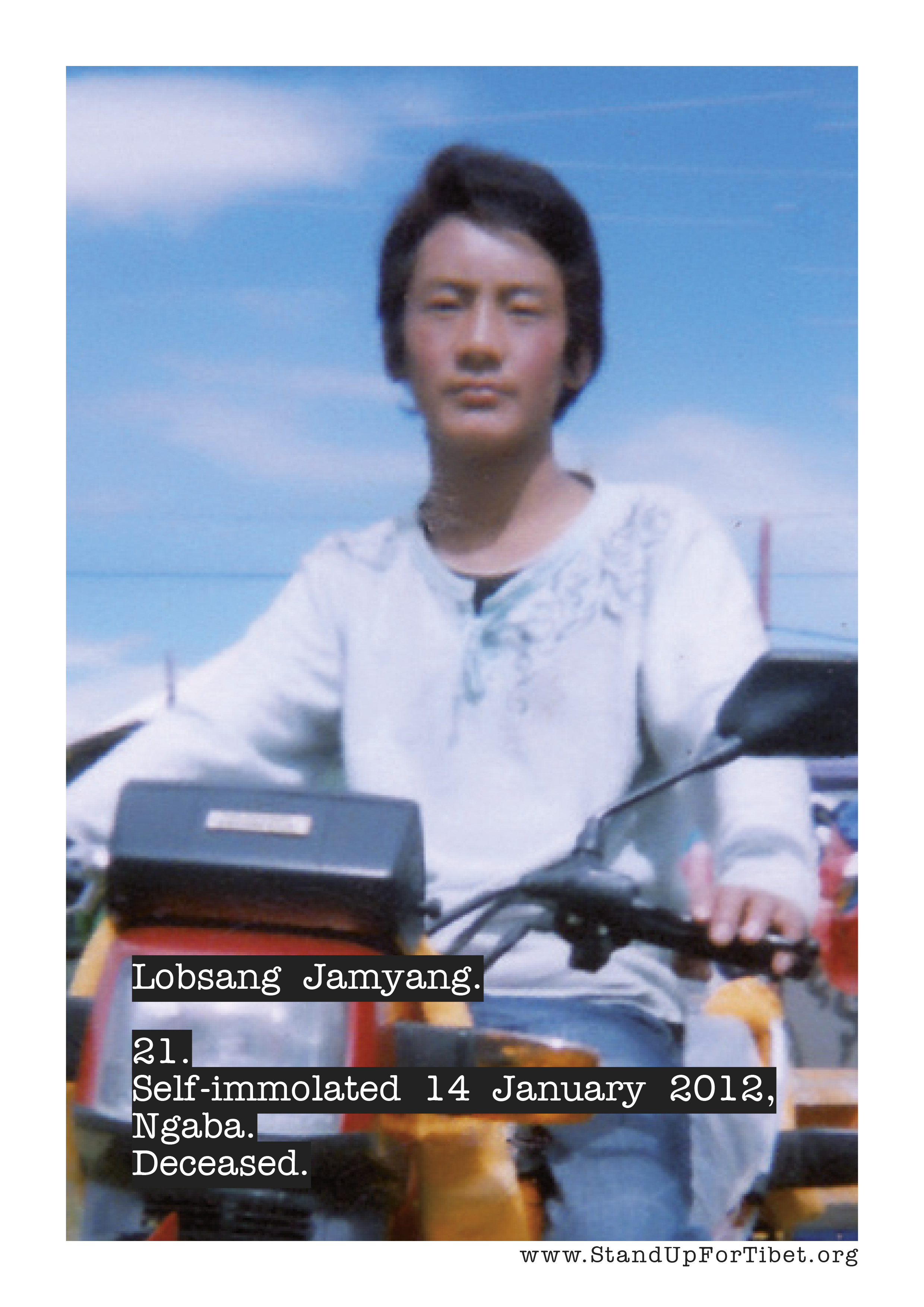 Lobsang Jamyang, a young Tibetan man and leading member of a popular association for the promotion of Tibetan language, doused himself in petrol and set himself on fire then walked into the street calling for the long life of the Dalai Lama and for freedom in Tibet.

Reports state that eye-wtinesses saw Police kick and beat Lobsang Jamyang with spiked clubs rather than immediately focusing on putting out the flames. Kirti monks in Dharamsala, India, who have spoke to several individuals in the area said: “Unable to bear this sight, local Tibetans on the scene stood up to the armed security personnel without regard for their own lives, and shouting that the body should be handed over to them, tried their best to block their path as they tried to take him away.”

Lobsang Jamyang died after his self-immolation but reports about the time of his death differ. He was taken away by police, and one of the most reliable reports suggest that he may have survived until Monday (January 16) when he died.

On 17 April 2012 International Campaign for Tibet released a 45-second graphic film clip that was shot and sent into exile at great risk to those involved. The footage provides dramatic visual documentation of the protest which led to a locals trying to protect Lobsang Jamyang and Chinese police forces firing into the crowd. A number of Tibetans were injured, some severely, including a woman who was blinded and a man who sustained a severe injury to his neck from a metal prod used by police. The clip can be viewed here

Lobsang Jamyang became a monk at the local Andu monastery (of the Gelugpa school of Tibetan Buddhism) as a child, but later joined a primary school (Bontse school) in Ngaba county and completed his education there. In 2011 Lobsang Jamyang faced direct pressure from the local authorities to halt his work with the promotion of Tibetan language.