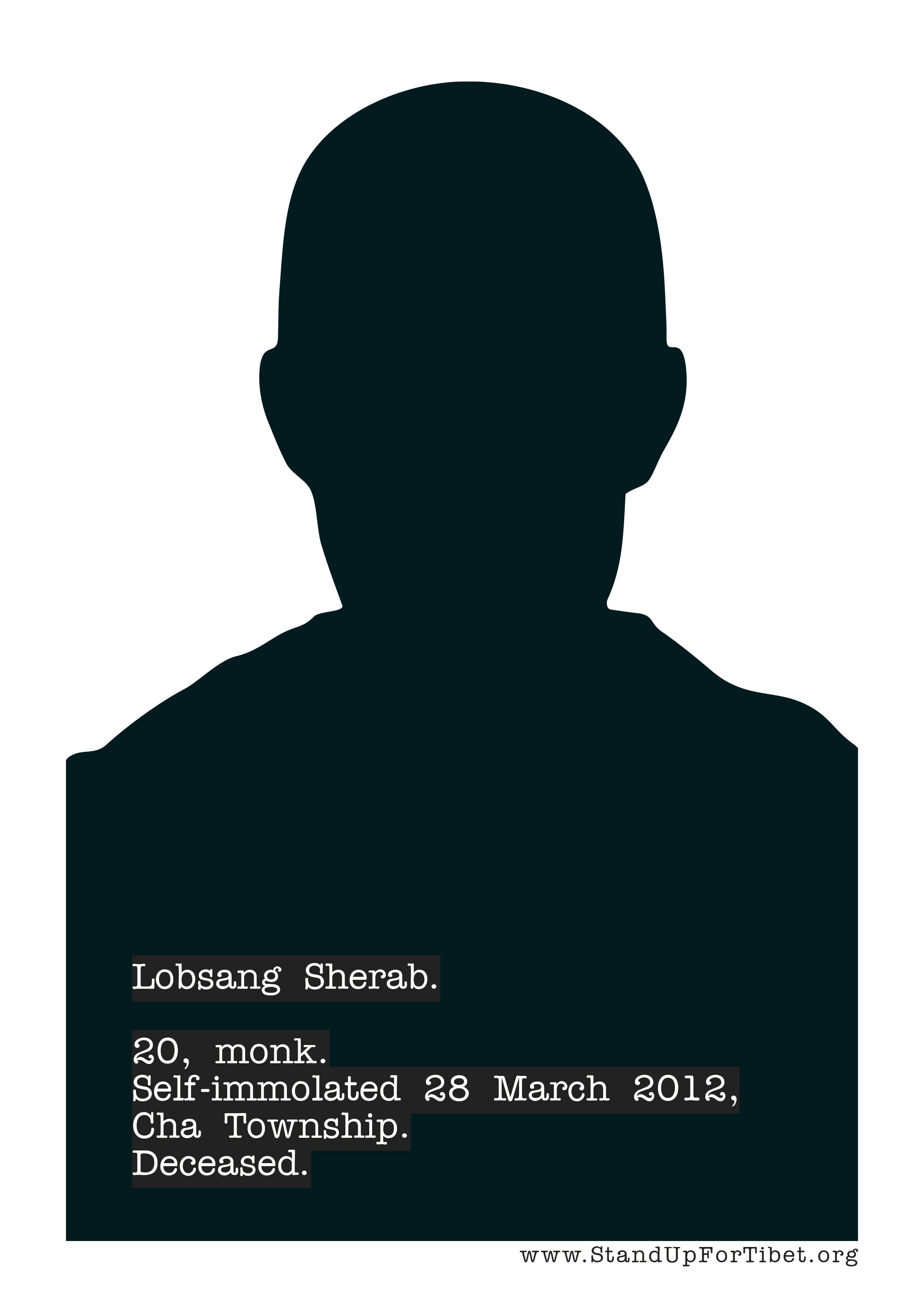 Lobsang Sherab, a 20-year old monk, set himself on fire in protest against China’s rule in Tibet.

Local sources reported that Sherab’s body was immediately removed by authorities following his self-immolation, ignoring pleas for his body to be handed over to his family.

Sherab had been a monk at the small Ganden Tenpeling monastery in Raruwa since the age of nine. In October 2011 he went to study at Kirti monastery in Ngaba, but had returned home on 26 March 2012.

According to a Kirti monk in exile, “These days some 300 Chinese government officials of various positions and rank are stationed at Kirti monastery, and throughout Ngaba armed police and special police forces maintain a security clampdown.”