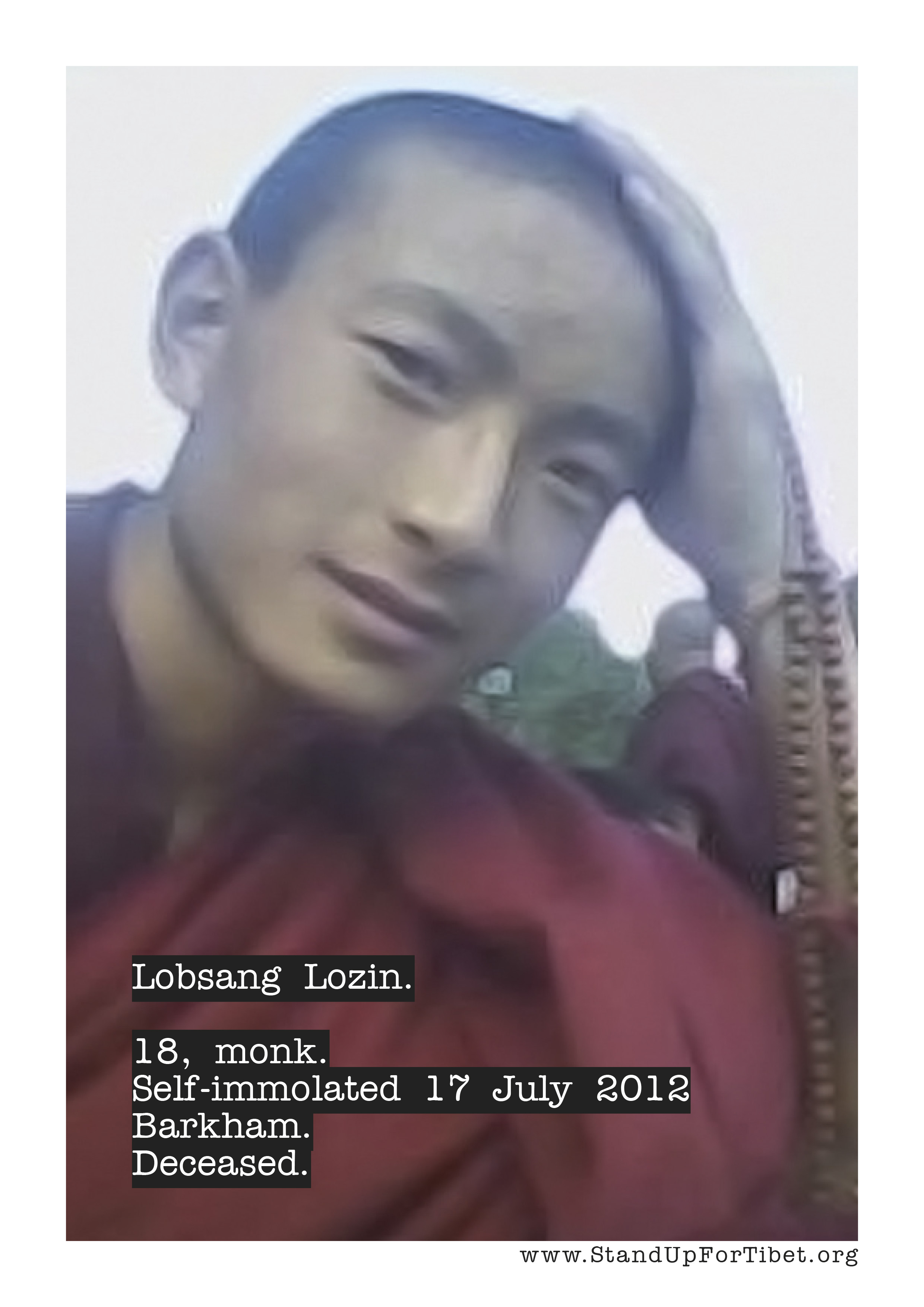 Losang Lozin, 18, set fire to himself in front of his monastery, Gedhen Tashi Choeling, an affiliate of Kirti monastery. His protest took place outside the main main assembly hall from where he then attempted to start walking towards the township government office.

Losang died of his injuries. International Campaign for Tibet reported that “Losang Lozin’s remains were then given a water-burial in the river near Tsodum monastery on the evening of 17 July.”

Water-burials in Tibet operate on the same principle as sky burials, returning the body to the elements. The bodies of a number of other Tibetans who have self-immolated in Ngaba have been cremated, sometimes involving the gathering of large numbers of monks and laypeople – for instance in the case of the cremation of Kirti monk Phuntsog, who set fire to himself on 11 March 2011.