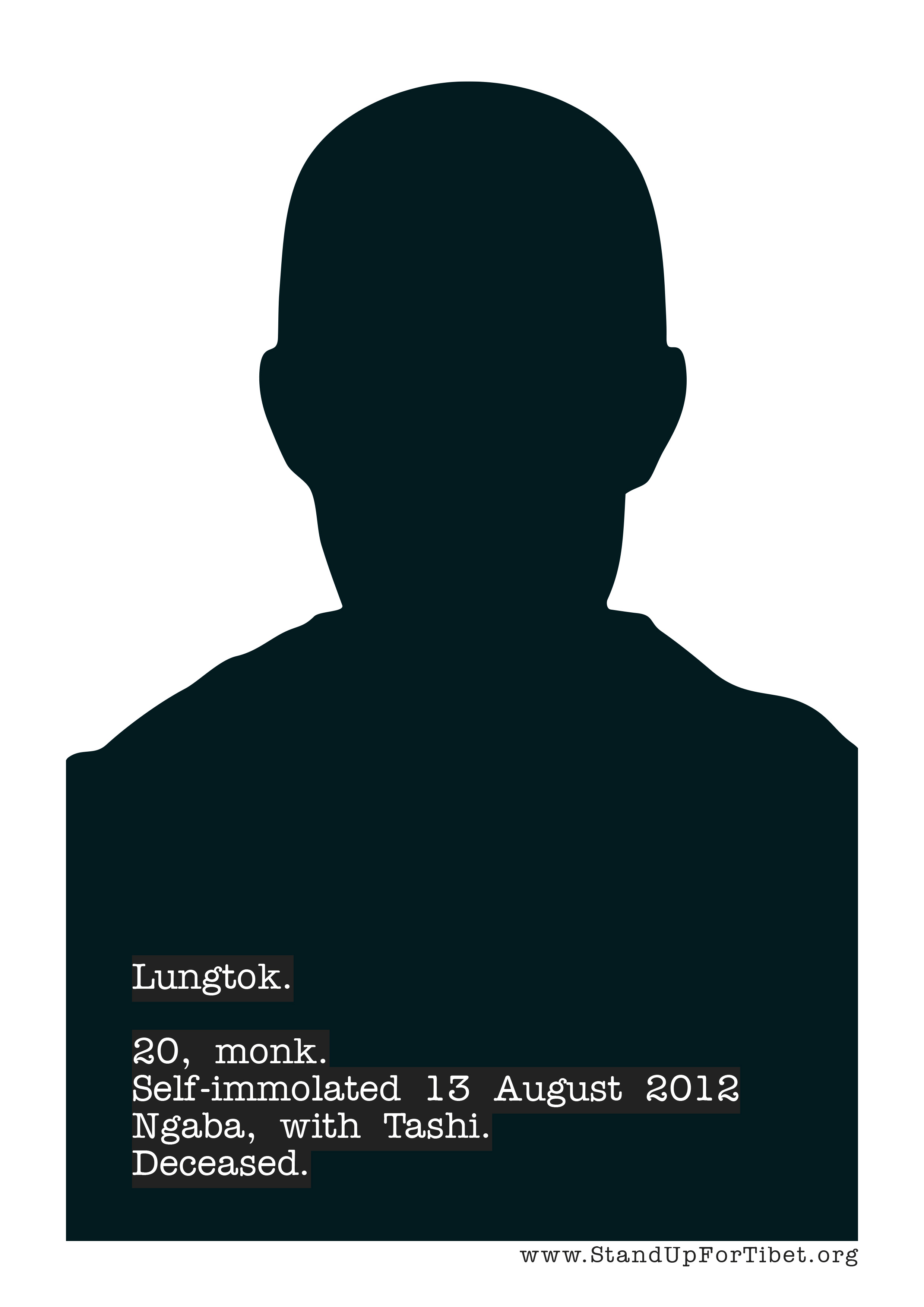 20 year old Tibetan monk, Lungtok and 21 year old former Tibetan monk Tashi, set fire to themselves in a prayer wheel enclosure on the monastery’s perimeter, and then emerged shouting protest slogans onto the ‘Heroes’ road’ leading into town from the monastery.

As Lungtok approached the junction with the central street, a group of policemen surrounded him, put out the flames and took him away. It is unclear whether he was still alive at that time. Both were taken initially to the county hospital, and then within half an hour they were taken to the Prefecture hospital in Barkham, but according to witnesses, their burns were so severe that there is little hope of survival.

It was later learned that Lungtok died on 13th, but as he had been taken to Barkham, it is not known whether his body would be returned to family members.

Local Tibetans were severely beaten by Chinese police after they had gathered at the scene of the self-immolations and were heard shouting slogans of protest. They were confronted by police carrying sticks studded with nails. The police began beating the protesters indiscriminately and made some arrests. “One person was covered in blood after being hit in the head with the spiked clubs, but nothing more is known of his situation. Security forces were then deployed throughout the county town in large numbers,” said Kanyag Tsering and Lobsang Yeshe, Tibetan monks from Kirti monastery in Dharamsala, India.

Lungtok studied at the Kirti monastery (traditional) medical college, and Tashi was his classmate when he was a monk (before Tashi disrobed in 2011). At that day’s morning assembly of the medical college, Lungtok had distributed a yuan to every monk on behalf of the Tibetans who set fire to themselves since February, 2009, and offered prayers dedicated to them.