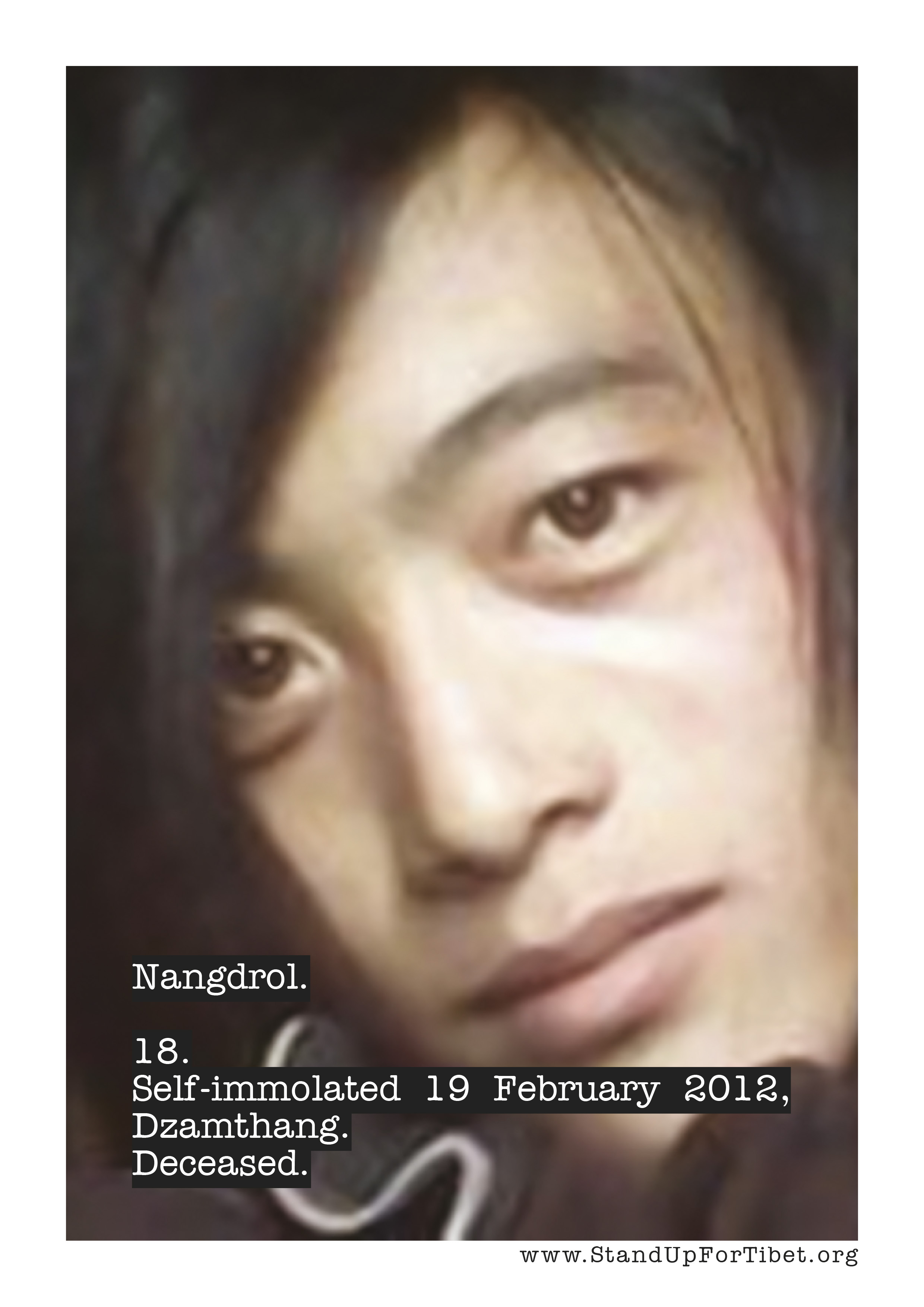 18-year old Nangdrol, set himself on fire while shouting “May His Holiness the Dalai Lama live 10,000 years!” and “Freedom for Tibet!” according to Tibetan monks now in exile in India, he died of his injuries. Local sources reported that Nagdrol was known as someone who cared passionately about Tibetan culture and language and had urged fellow Tibetans to be united, and to preserve their cultural and religious identity.

After Nagndrol’s protest local Tibetans took his body to the monastery where traditional Buddhist rituals were carried out and hundreds of Tibetans gathered to keep watch over the body. Chinese authorities ordered that his body be handed over to the police but monks at the monastery did not comply with orders and on the evening of 19 February more than 1000 people had gathered to hold vigil. In the weeks after his protest Tibetans from many different areas also came to pay their respects to Nangdrol.