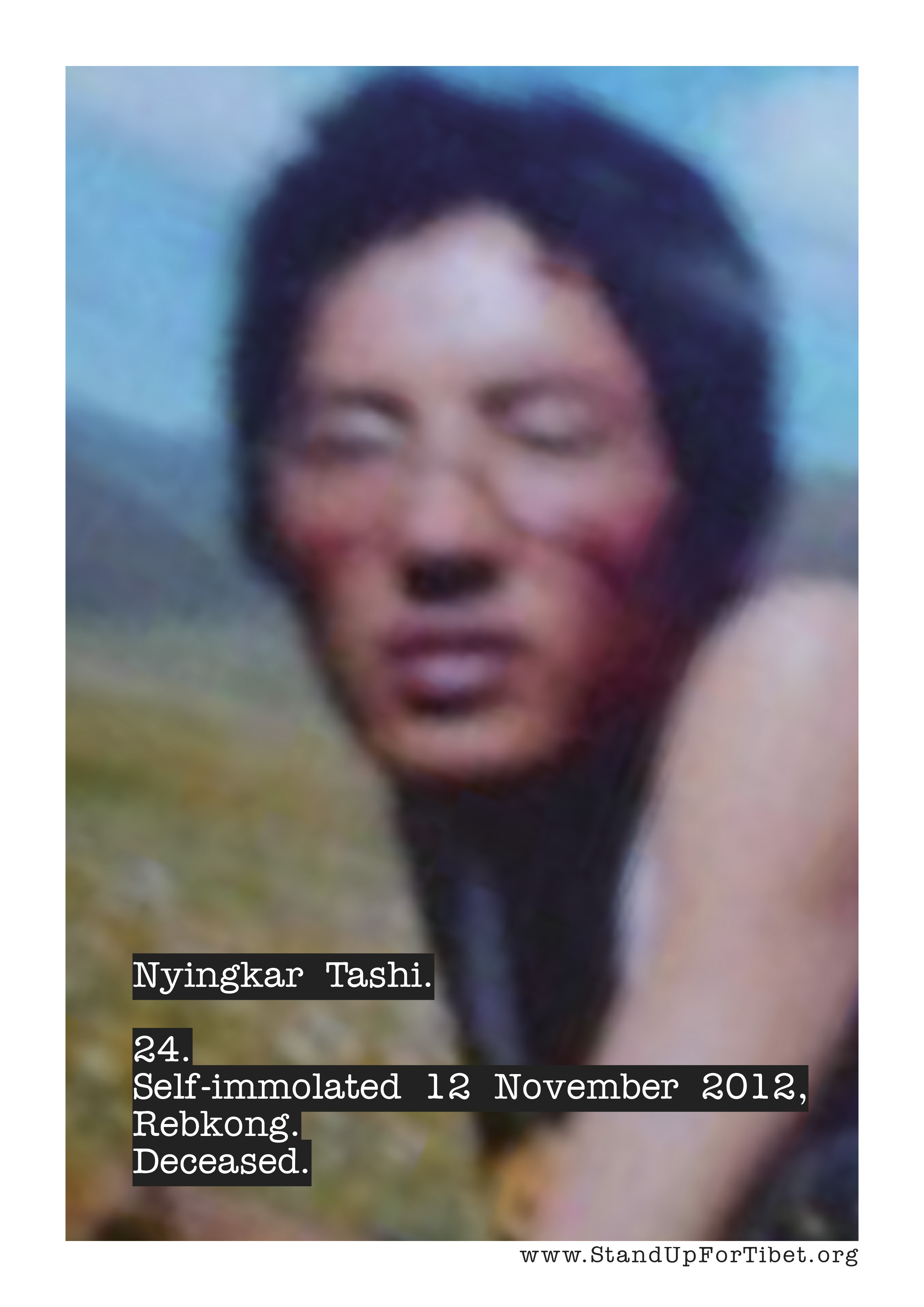 Twenty-four year old Nyangkar Tashi set fire to himself while Tibetans were gathering to pray for a young Tibetan mother, Tamdrin Tso, who self-immolated and died on 7 November. During his protest Nyangkar Tashi called for the long life of the Dalai Lama and a free Tibet.

International Campaign for Tibet was told by sources that: “At that time, there were lot of people there who were praying and paying their respects to Tamdrin Tso and Jinpa Gyatso. People did not allow Chinese police to take Nyangkar Tashi’s remains but brought his corpse back to his village, Drotsang in Dowa.”

Nyangkar Tashi’s self-immolation protest followed a visit by prefectural and township government officials to Dowa asking about the Tamdrin Tso and Jinpa Gyatso’s protests. Officials visited Dowa and spoke to local people, saying that Tamdrin Tso and Jinpa Gyatso’s self-immolations were connected, and that they were supported by people outside Tibet including exile Tibetans. On Monday 12 November more officials came to Dowa and gave speeches, saying that the self-immolation protests were wrong.

The same sources also said that, when Chinese government officials came to Dowa (which is approximately 100 kilometers from Rebkong town) to condemn the self-immolation protests, they asked local officials and local people why the protests had happened in Rebkong. One local official replied that while he could not speak for others, he felt that the reason for the self-immolations is that people are not allowed to have the Dalai Lama’s photograph, they are not allowed to pray for the Dalai Lama, and the Chinese government does not allow the Dalai Lama to return home. The local official also mentioned that the Panchen Lama is still in Chinese custody (referring to the 11th Panchen Lama, who disappeared in 1995 after he was recognized by the Dalai Lama). The same official also said that there was no freedom for Tibetans and this was another reason for the self-immolations. “Local people said that he was very brave to tell the truth, and they were very moved,” a Tibetan source told ICT.

Another Tibetan source said before the recent self-immolations, a senior official from Rebkong township had come to Dowa and ordered Tibetans not to keep the Dalai Lama’s photograph. In the past few days officials have travelled to nomadic areas in Rebkong and told people that they are not allowed to gather together and that they are not allowed to display the Dalai Lama’s photograph.
Security was tightened in Dowa, with increased numbers of Chinese troops and police arriving in the area.