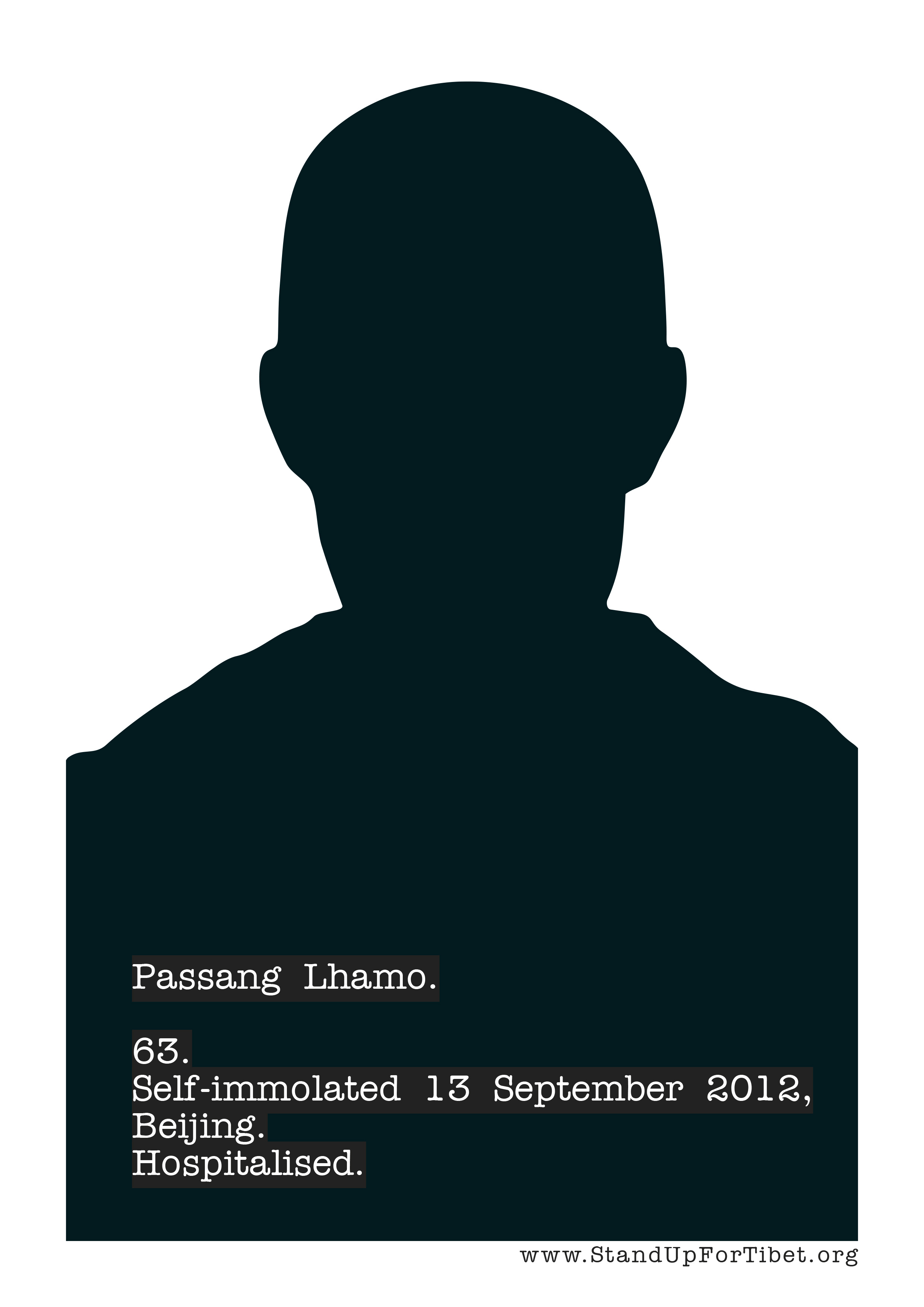 On September 13 2012 Passang Lhamo, from Kyegudo, set fire to herself in Beijing.

It is reported that Passang Lhamo travelled to Beijing to appeal to the central government after local authorities refused to allow her to retain her home which was threatened with destruction, according to Tibetan sources from the area. News of Passang Lhamo’s self-immolation protest emerged a number of weeks after her protest due to security restrictions.

Passang Lhamo’s hometown was devastated by a magnitude 6.9 earthquake in 2010, killing 2,698 and leaving 100,000 homeless. The town of Kyegu was leveled by the quake, and the subsequent rebuilding process has been fraught with opaque government planning and scant local consultation.

According to the Tibetan government in exile, Passang Lhamo set fire to herself after repeated appeals to the central authorities in Beijing failed to yield any concrete results. The 62-year old was taken to hospital and treated for her burns following her protest, according to the same sources. No more is known about her current condition or whereabouts.

Passang Lhamo is the second Tibetan from Kyegudo known to have self-immolated in protest of government policies of evictions and land seizures. Dickyi Choezom a 40-year old mother of two, set fire to herself on June 27, 2012 in response to government land seizures and forced evictions.