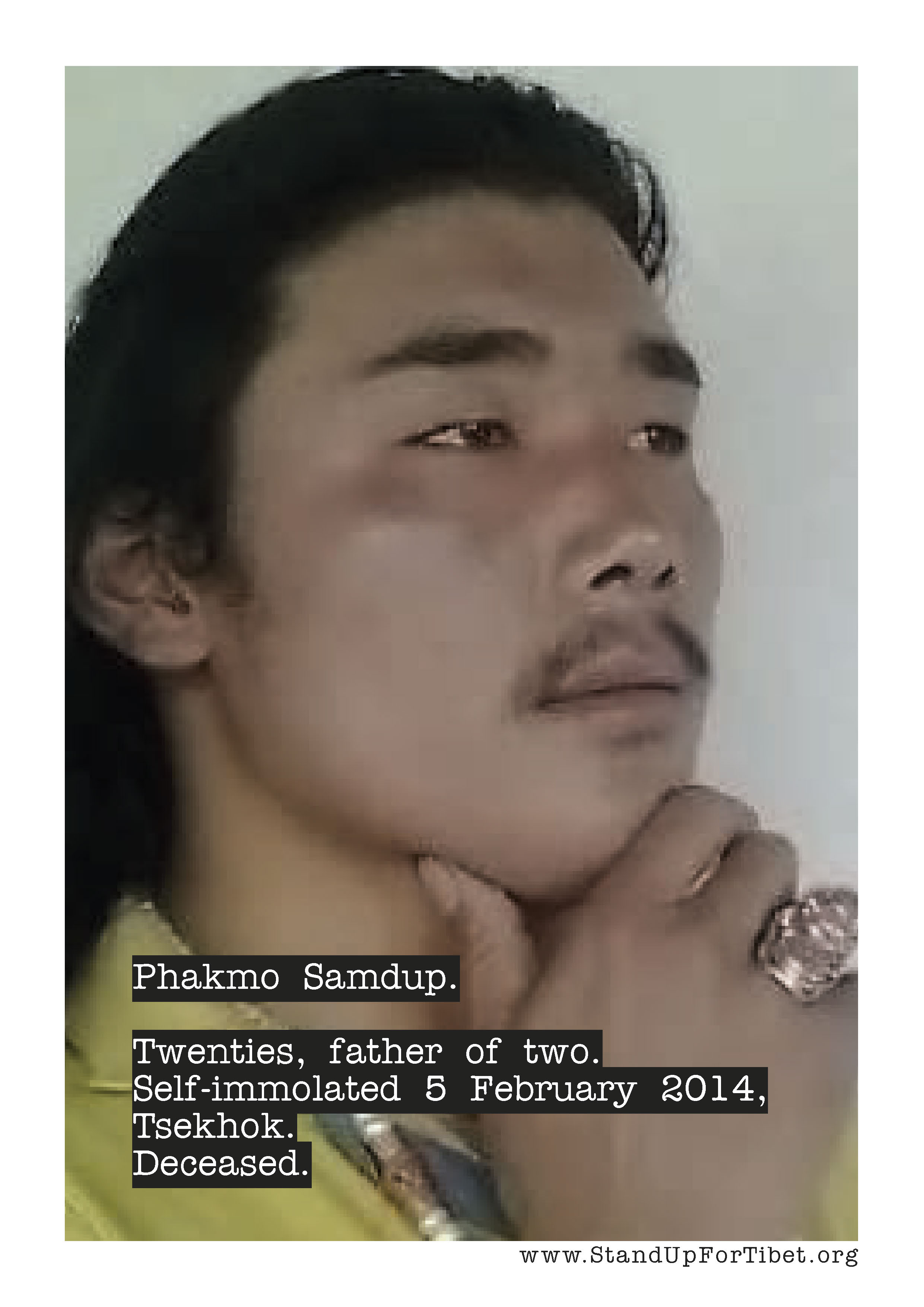 It appears that not many people were outside to witness the self-immolation. Police on patrol extinguished the fire and took Phakmo Samdup away, and it is not known if he survived, Tibetan sources said, adding he had been taken to Tsekhog county town.

Following the self-immolation, there was an intensification of security in the Tsekhog area with a buildup of paramilitary police, and communications to the area including phone calls were blocked.