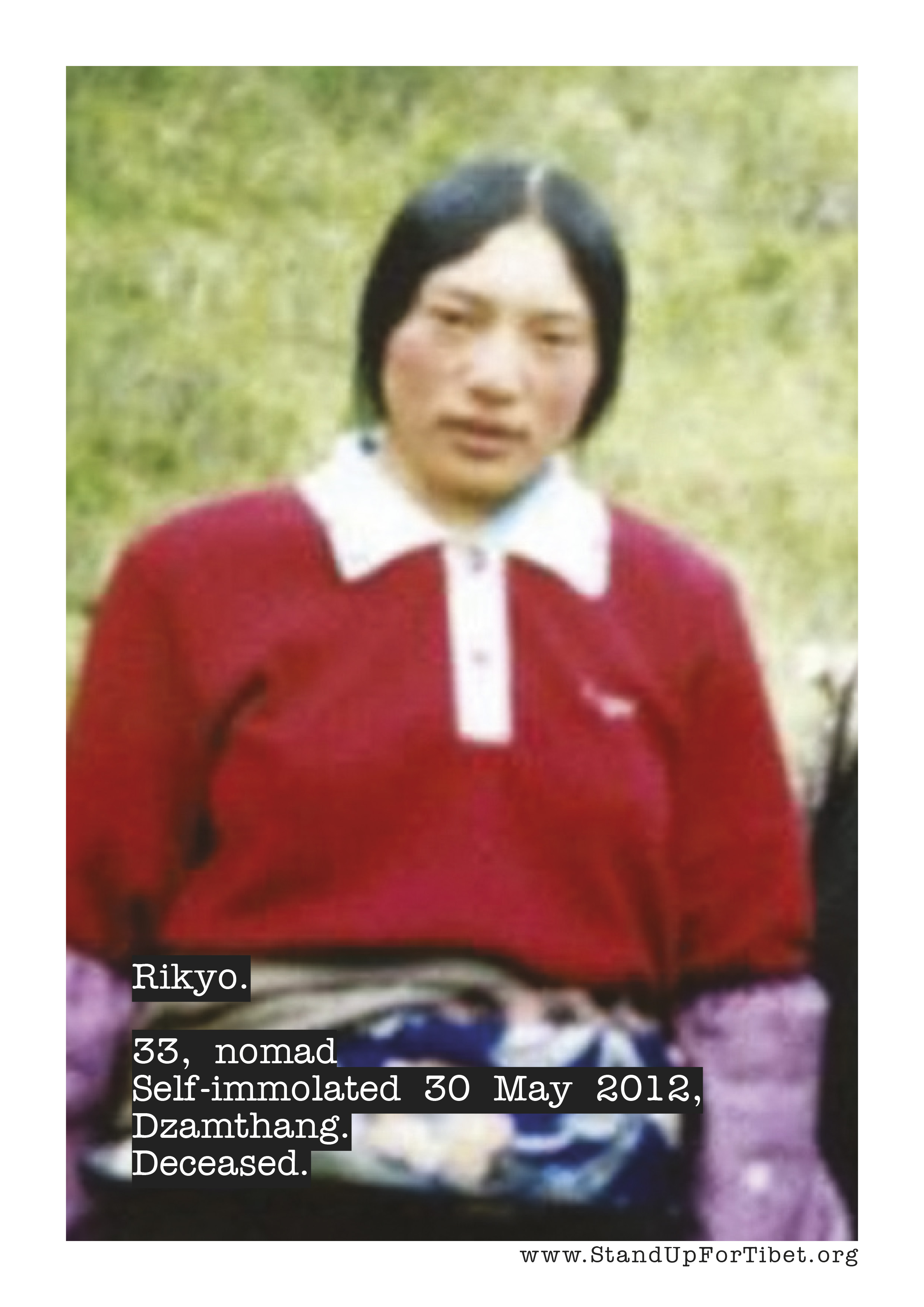 Rikyo was in her mid-thirties and from a nomadic family. She set herself on fire near to Jonang Dzamthang Gonchen Monastery. Reports state that the flames around her body were so intense that police on the scene were beaten back by the fire and attempts to extinguish it failed.

Following her self-immolation, her body was taken to the Jonang Dzamthang Monastery and kept there, according to Tibetans in exile who are from the area.

Chinese government officials came to the monastery and sought to impose an immediate cremation. Rikyo was cremated the same day, and a large number of Tibetans converged at a special cremation prayer service near the monastery.

According to a Tibetan in exile in contact with Tibetans from Dzamthang, “Although it was raining and a heavy storm, people did not move from the cremation area near the monastery until around 3 a.m.”