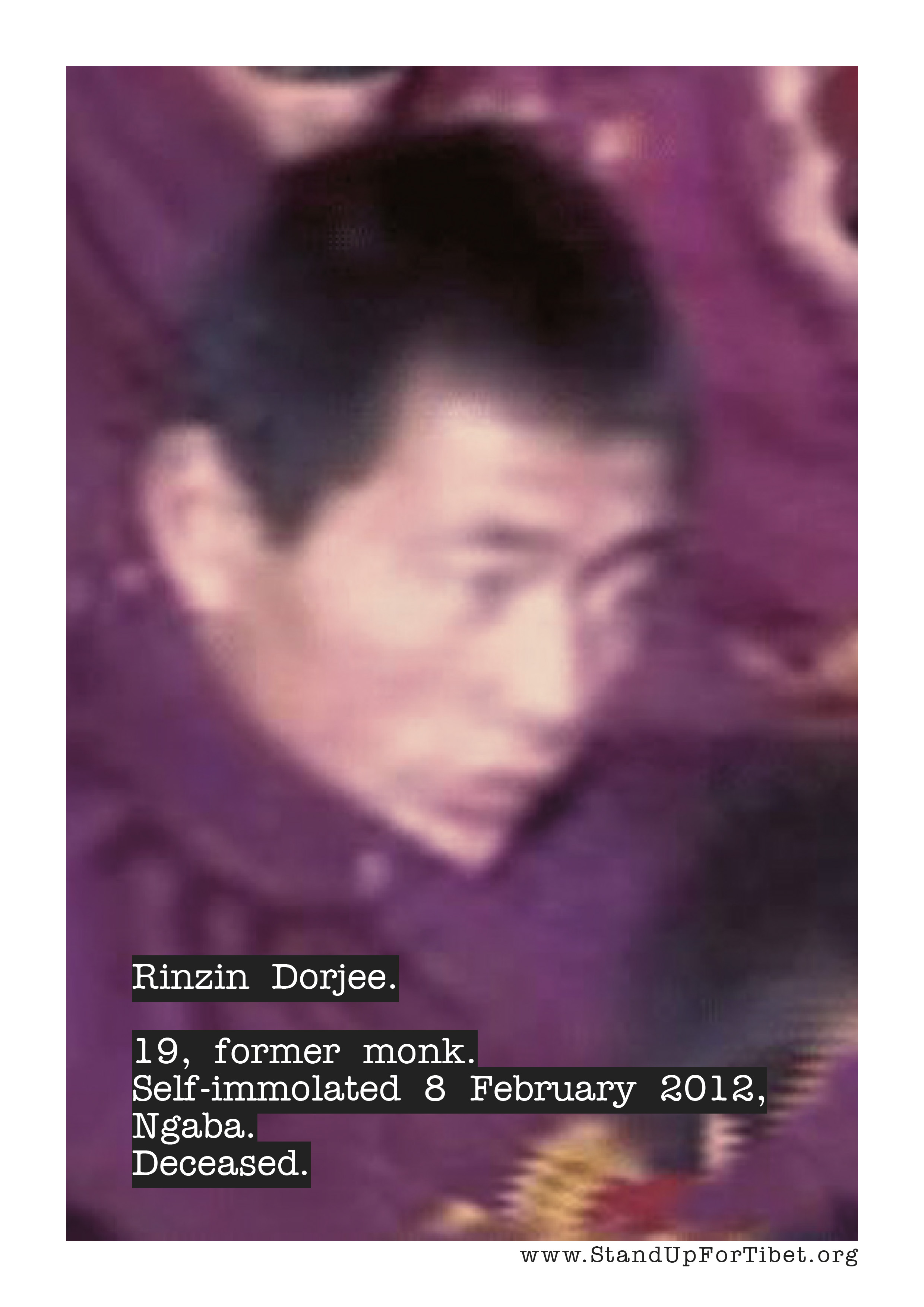 Rinzin Dorjee set himself on fire at a primary school early in Ngaba, Amdo. He is believed to have been alive after his self-immolation, although “on the verge of death,” according to sources. He was taken away by police and soldiers, first to the Ngaba county hospital, and then to hospital in Barkham (Chinese: Maerkang). It is still not known whether Rinzin Dorjee is still alive.

Rinzin Dorjee, from a nomadic area of Me’urama township in Ngaba county, had been a monk from a young age but left the monastery in 2010 and had been living since then with his family. The youngest of six children, Rinzin used to enjoy looking after the birds that lived around the monastery. One of his relatives, now living in India, said: “He was a humble and kind person, and a hard and persistent worker.”

Security was generally increased in Ngaba over the period of the Great Prayer Festival or Monlam Chenmo at Kirti monastery from January 25 to February 8 2012. According to Kirti monks in Dharamsala, India, “Around 400 police disguised as government officials were staying in the monastery for the duration. Ngaba people were searched, questioned and harassed wherever they went or wherever they stayed. From the early morning of February 8, people were being stopped, searched and questioned one by one as they traveled into Ngaba county town and in the town itself, and the streets were filled with army, police and special police.”