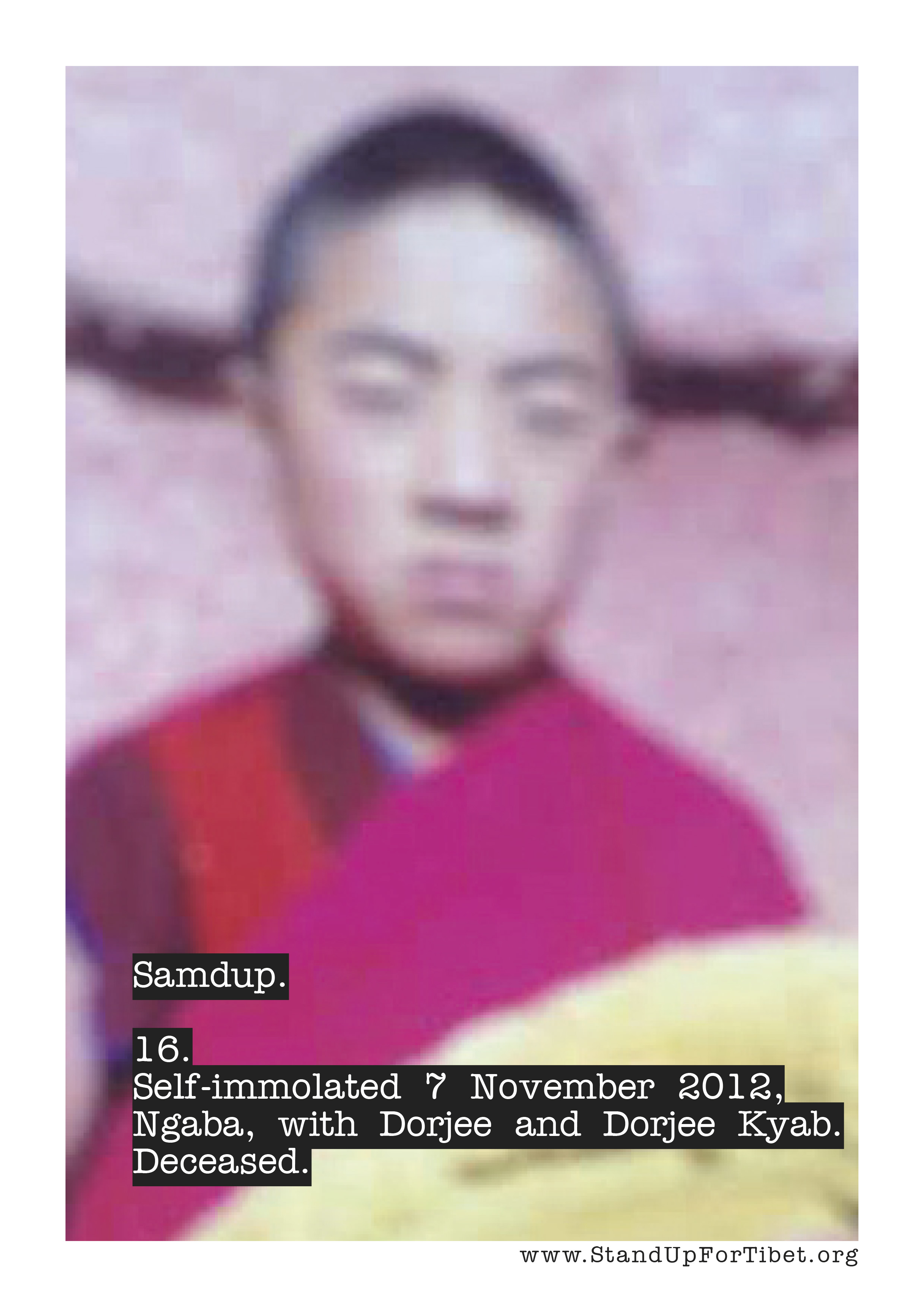 Samdrup, 16, Dorjee Kyab, 16, and Dorjee, 15, three young monks from Ngoshul monastery in Ngaba, set themselves on fire; one died, while two were believed to have survived and to have been taken away by the authorities.