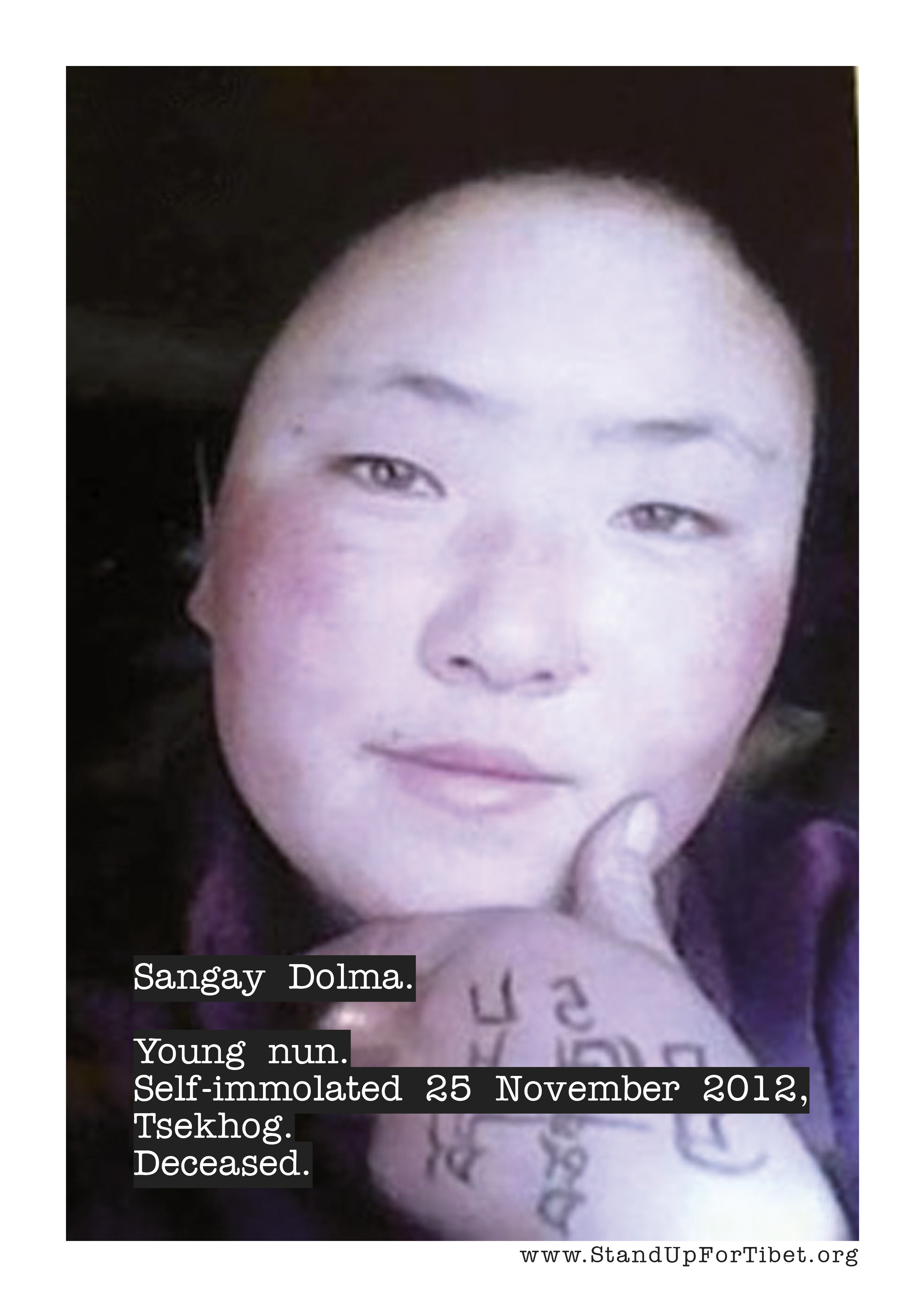 Sangay Dolma, a young Tibetan nun, set herself on fire in front of the Chinese government office in Dokarmo town, Tsekhog, Malho, Amdo.

Sangay Dolma was a nun at Sangag Mindrol Dhargeyling Monastery and, according to various reports, a large number of local Tibetans gathered to carry out last rites and prayers at the nunnery.