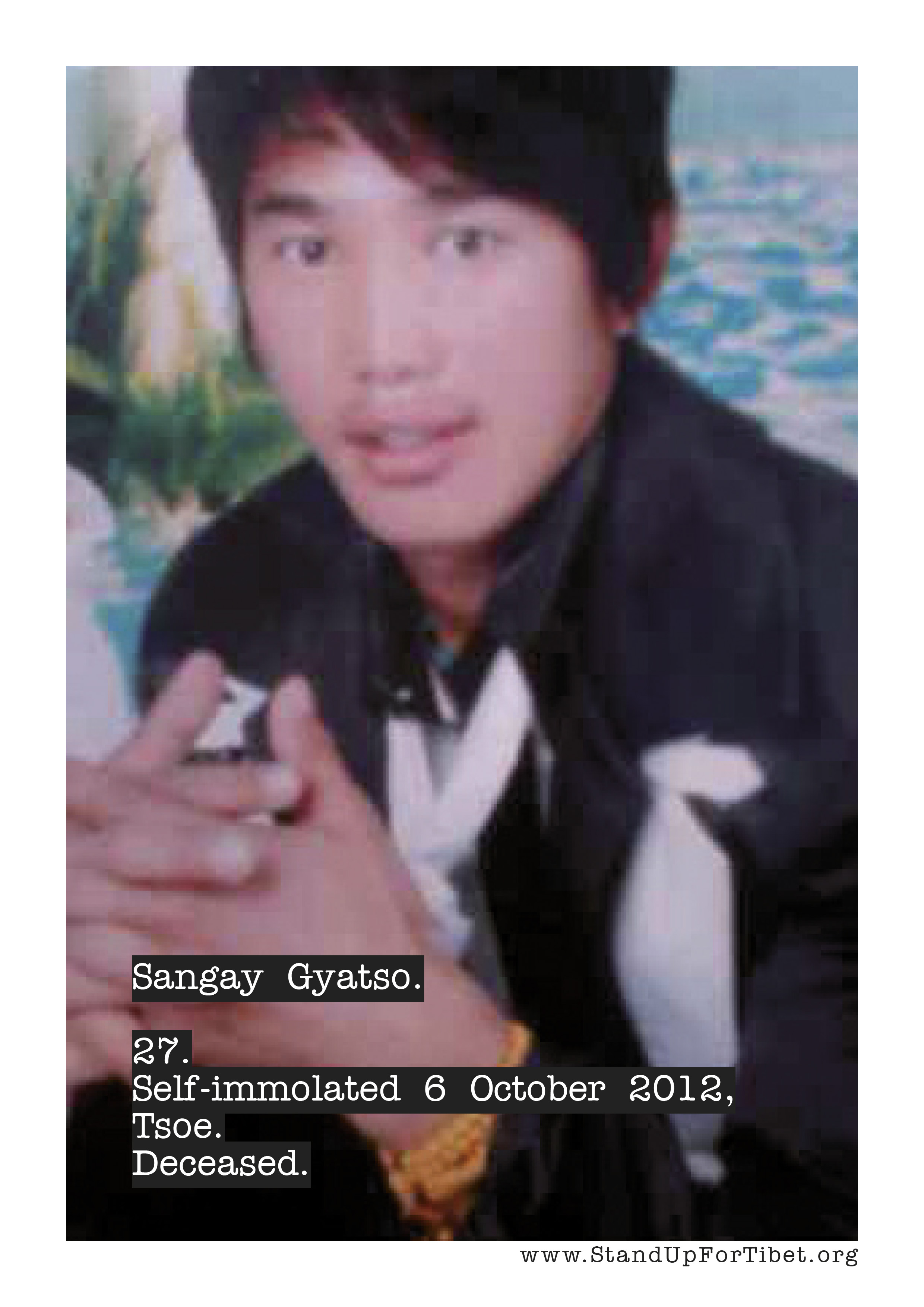 Sangay Gyatso, 27-years old, set fire to himself near the local monastery in the town of Tsoe in the northeastern Tibetan area of Amdo. Sangay Gyatso shouted slogans calling for the return of the Dalai Lama to Tibet and the right of Tibetans to freely express their language and religion.

Sangay Gyatso was the third Tibetan to have staged such a protest in one week; he died as a result of his protest.

Reports from the area stated there were heightened tensions in the area after the protest with hundreds of security personnel being deployed around the local monastery.