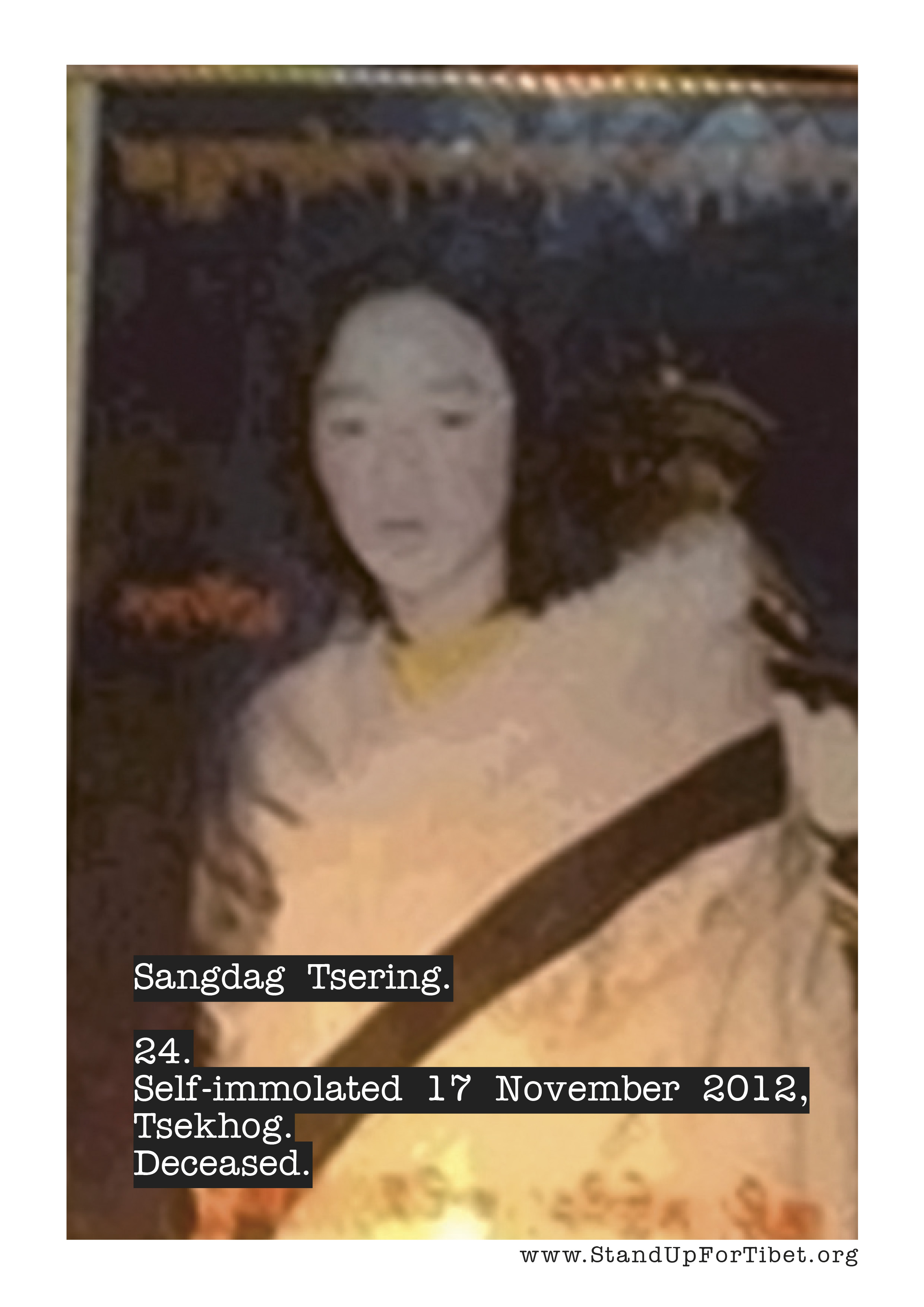 A 24-year old father, Sangdag Tsering, set fire to himself and died in Rebkong, Qinghai. He was the second Tibetan to self-immolate on November 17, following the death of mother of two Chagmo Kyi.

Sangdag Tsering staged his protest outside a government building. Security personnel at the scene attempted to douse the flames with water but failed.

Sangdag Tsering was married with a three-year old son. A Tibetan in exile said that Sangdag Tsering frequently spoke about the Dalai Lama not being allowed to be in Tibet, that Tibetans have no rights, and that the Panchen Lama is still in prison, referring to the young man recognised by the Dalai Lama as the 11th Panchen Lama who disappeared into Chinese custody at the age of six in 1995.