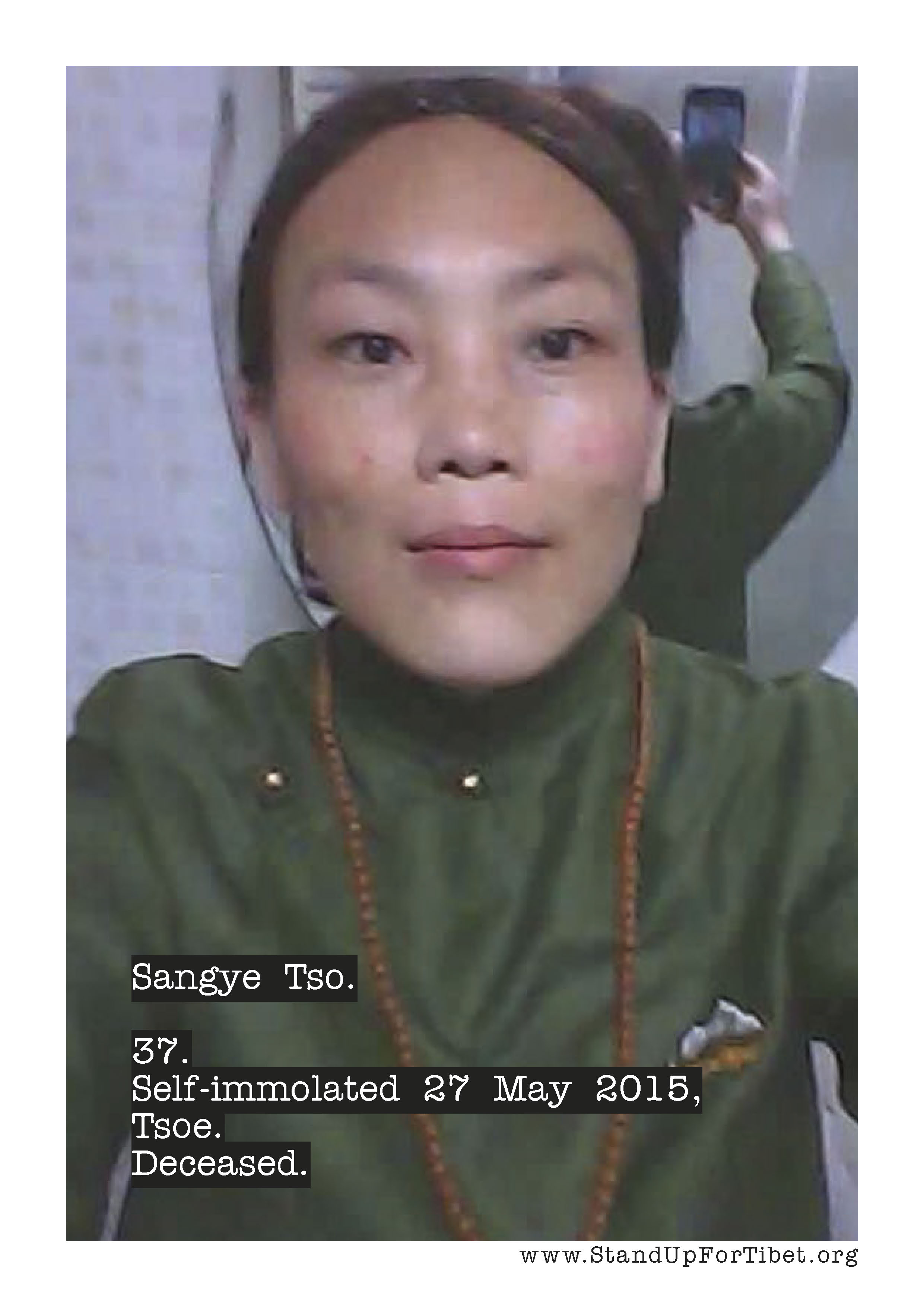 Sangye Tso died at the scene and her body has been taken to Tsoe City, the county capital, by security personnel.

About an hour prior to her protest, Sangye Tso sent a message to her family via WeChat.  This caused them to worry and they started trying to find her but they were unable to locate her until after she had carried out her protest.  The family were then interrogated by police who arrived at Sangye Tso’s home.  Security personnel have now been deployed across the area and the movement of local people has been restricted.