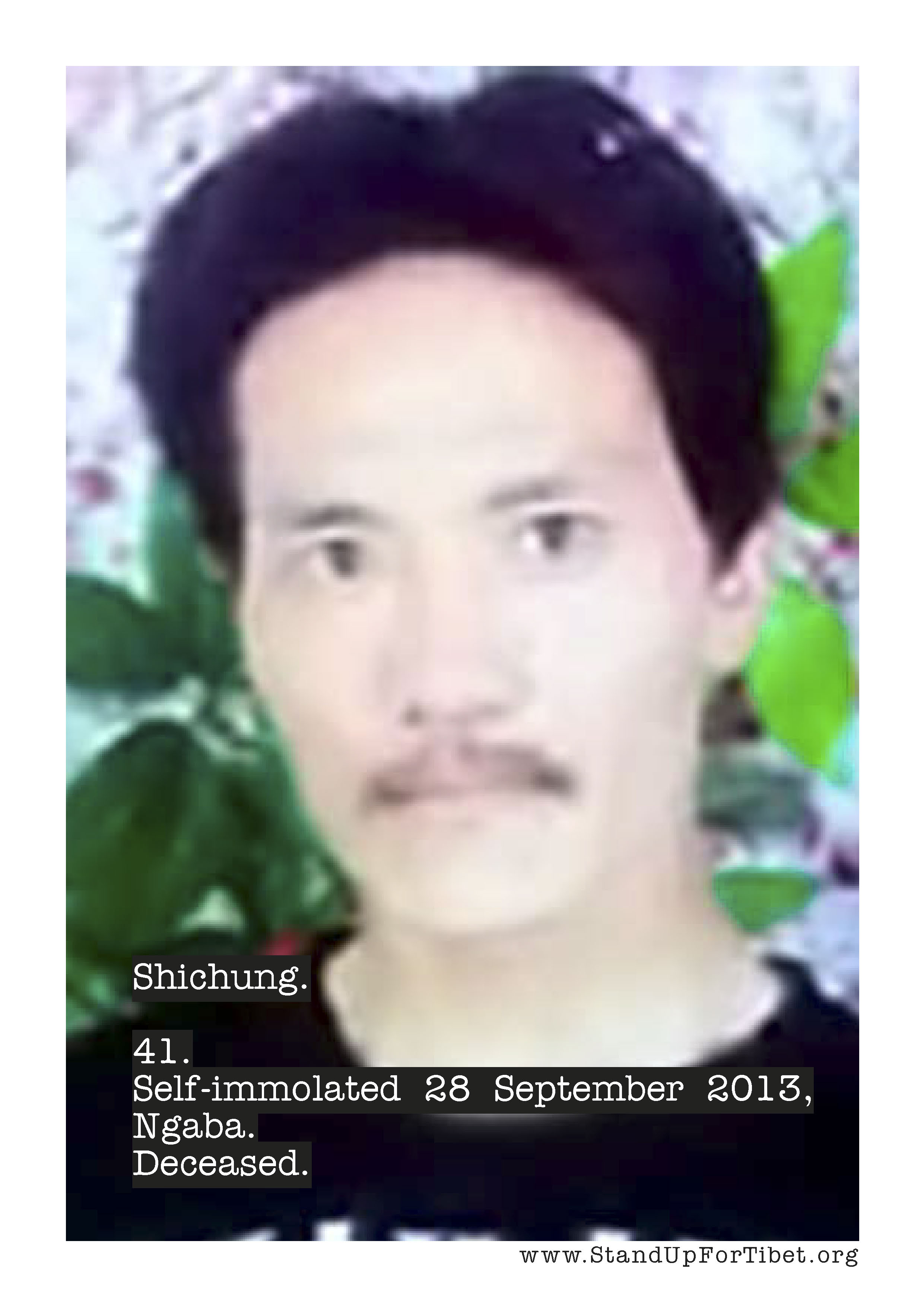 Shichung, a Tibetan father of two, set fire to himself and died in Gomang village, Ngaba. When Tibetans gathered around his body, police aimed their guns at the crowd. Village elders averted tensions by appealing to both local Tibetans and police for calm.

Forty-year old Shichung set himself on fire outside his house and ran along the road shouting in protest against the Chinese authorities before he collapsed to the ground in flames and died.

Kirti monks said before he self-immolated, he lit a butter-lamp before an image of the Dalai Lama. A few days earlier, he had said, “The Chinese will never leave us in peace”, according to the same sources.