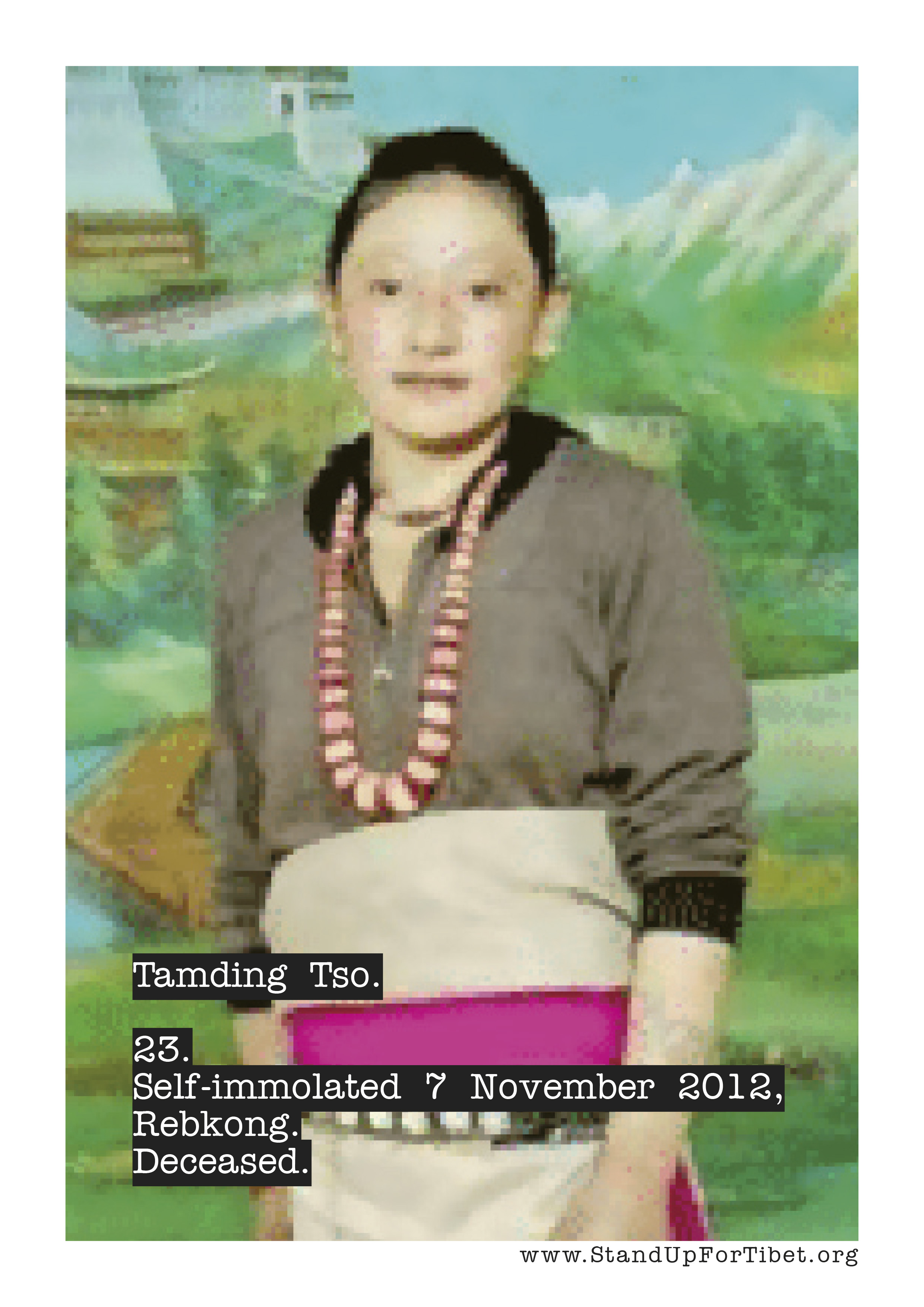 Tamdrin Tso, a 23-year old mother of a six-year old boy, set herself on fire and died in the center of the Drorong Po village in Dowa township in Rebkong. Local Tibetans had noticed Tamdrin Tso praying for Tibetans who had self-immolated: “She said Mani mantra [mantras associated with the Dalai Lama] and took vows about fasting and not drinking. Also she prayed and offered butter lamps in the monastery. Local people said that even though Tamdrin Tso did all of these things, in the end she could not bear it. And she set fire to herself.”

When news of Tamdrin Tso’s self-immolation spread, hundreds of local people gathered at the scene, with many of them calling for the long life of the Dalai Lama and for him to return home. The same Tibetan sources in exile said: “People from far away and monks went to Tamdrin Tso’s village to pay their respects and offer condolences. People said that there were over 300 vehicles at the spot of self-immolation.”