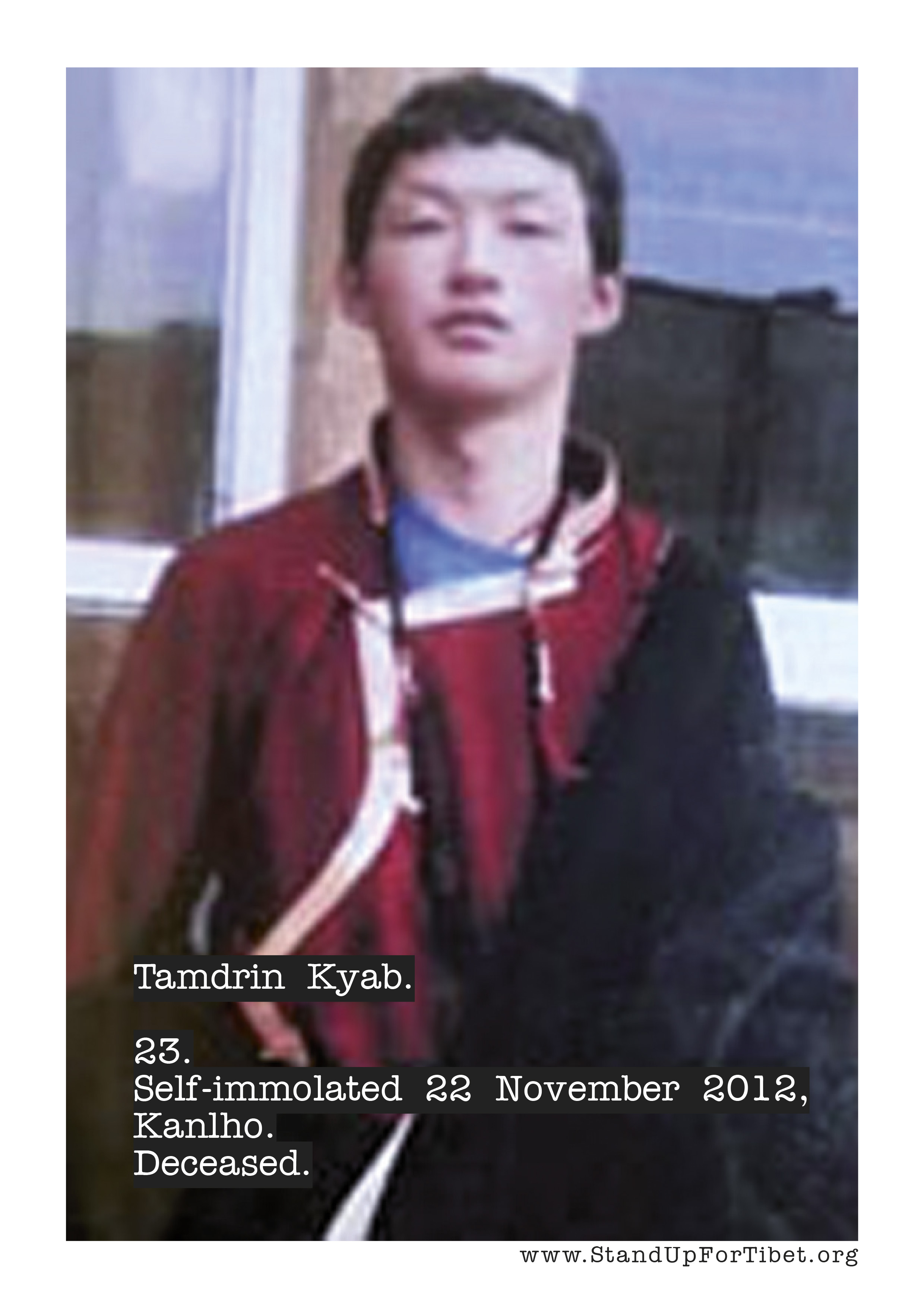 Tamdrin Kyab, 23-years old, was formerly a monk at Shitsang monastery. He disrobed in 2007 to help his nomadic family.

Tamdrin Kyab set fire to himself at around 10 p.m. near the Luchu river. According to exile Tibetan sources, local people did not know about his self-immolation because it happened at night, and it was only in the morning that people found his body and took it back to his home.

Local Tibetans and monks from Shitsang monastery gathered at his home to pray and offer their condolences.