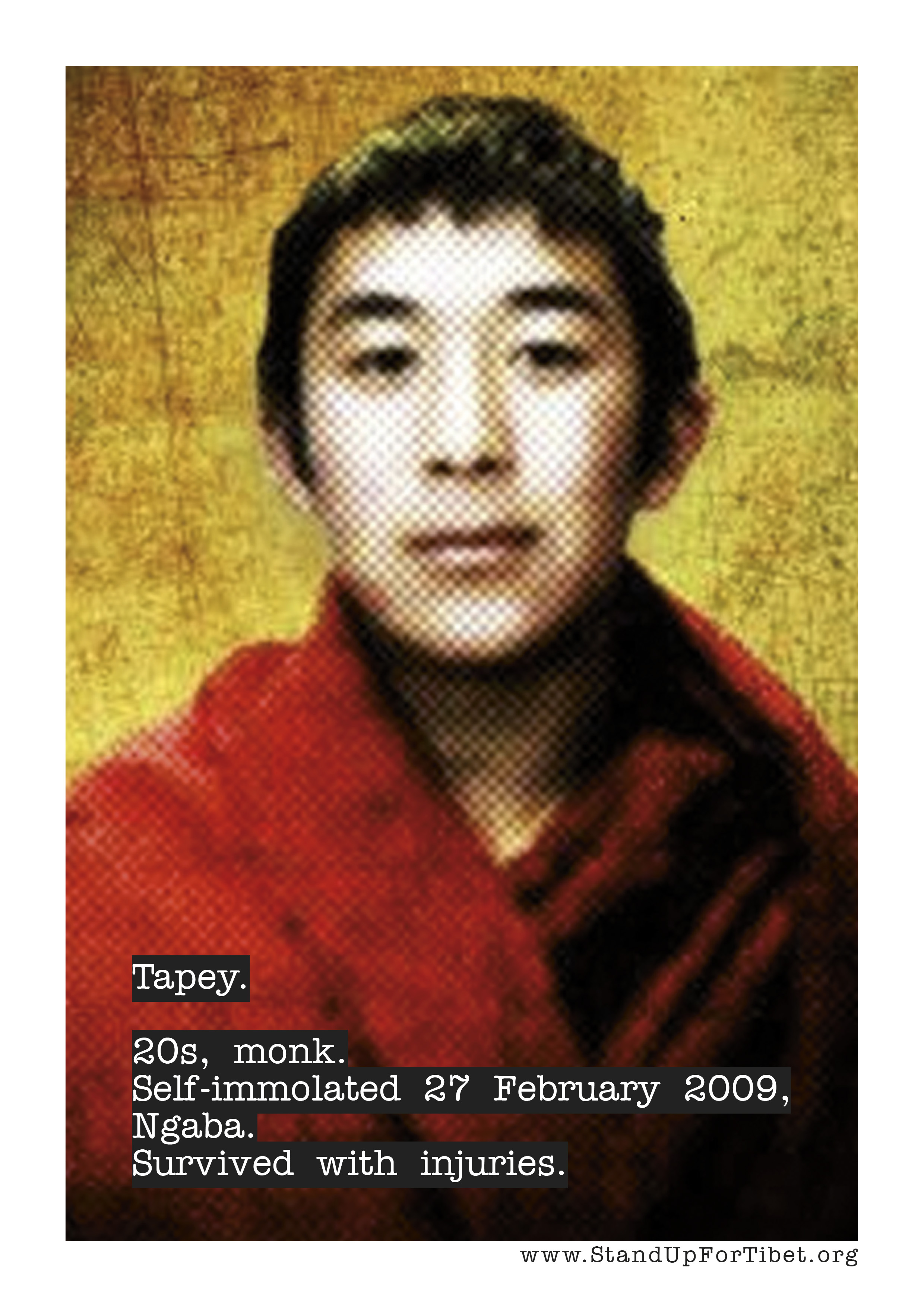 Tapey, a Kirti monk in his mid-twenties, was shot by security personnel when he set himself on fire as a form of protest after prayer ceremonies at his monastery were cancelled.

Tapey walked alone to a nearby crossroads in the market area of the town. After dousing himself with petrol he set himself on fire and raised a home-made Tibetan flag that had at its centre a photograph of the Dalai Lama. When Tapey began to shout slogans People’s Armed Police (PAP) personnel opened fire shooting Tapey, who fell to the ground. He was immediately taken away by police to an unknown location.

Monk in Tibet sets himself on fire; shot by police during protest – International Campaign for Tibet