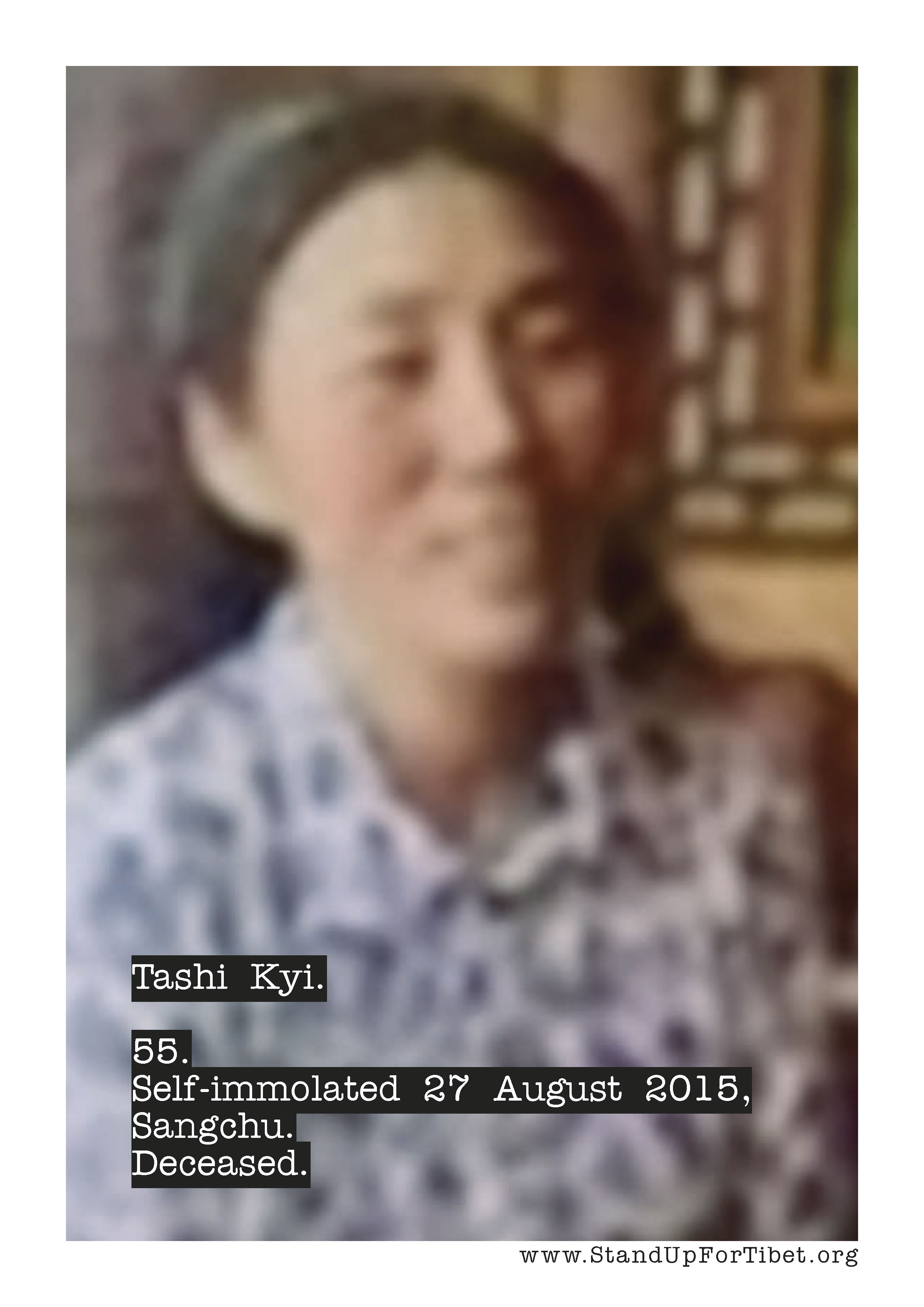 Tashi Kyi, a Tibetan mother of four in her mid-fifties, set herself on fire on 27 August 2015 and died. It is reported that she was protesting against China’s policies of relocation and demolition of housing. Tashi Kyi, described as a “generous Buddhist” who was “devoted to her family”, was a relative of a prominent monk who escaped into exile after a bold protest in 2008.

She died hours after setting herself on fire in her housing compound, a nomad settlement site in Sangkok township, Sangchu (Chinese: Xiahe) in Kanlho (Chinese: Gannan) Tibetan Autonomous Prefecture, Gansu Province. Her body was taken away by the authorities