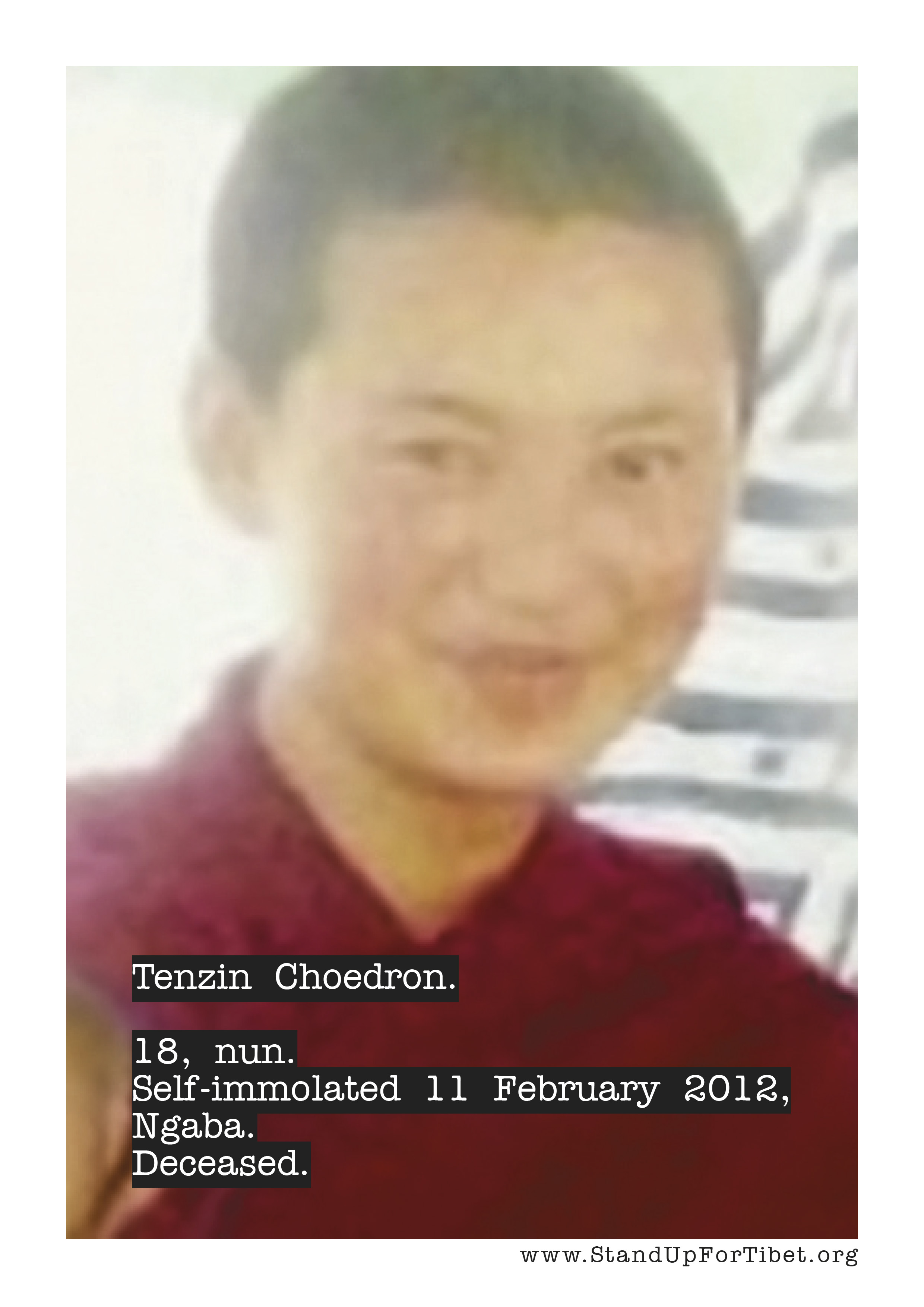 “As a child Tenzin Choedron went to primary school in Cha township for three years, and after that became a nun at Mame nunnery. There are 12 members in her family, and she is the eldest of four brothers and sisters. She spoke little, followed the rules, studied hard, and got excellent grades, so she was smart as well as brave.” Kirti monks in exile

18-year old Tibetan nun Tenzin Choedron set herself on fire early, shouting slogans against the Chinese government. She did not die immediately and was taken away by Chinese authorities and later died.

The self-immolation is the third by a Tibetan nun since Tenzin Wangmo from Mame self-immolated. Mame nunnery is the largest nunnery in Ngaba Tibetan and Qiang Autonomous Prefecture with around 350 nuns. The two self-immolations by Mame nuns follow a protest march in 2008 by nuns there, carrying a portrait of the Dalai Lama, after which many were detained. The nunnery is said to have been sealed off by troops today.