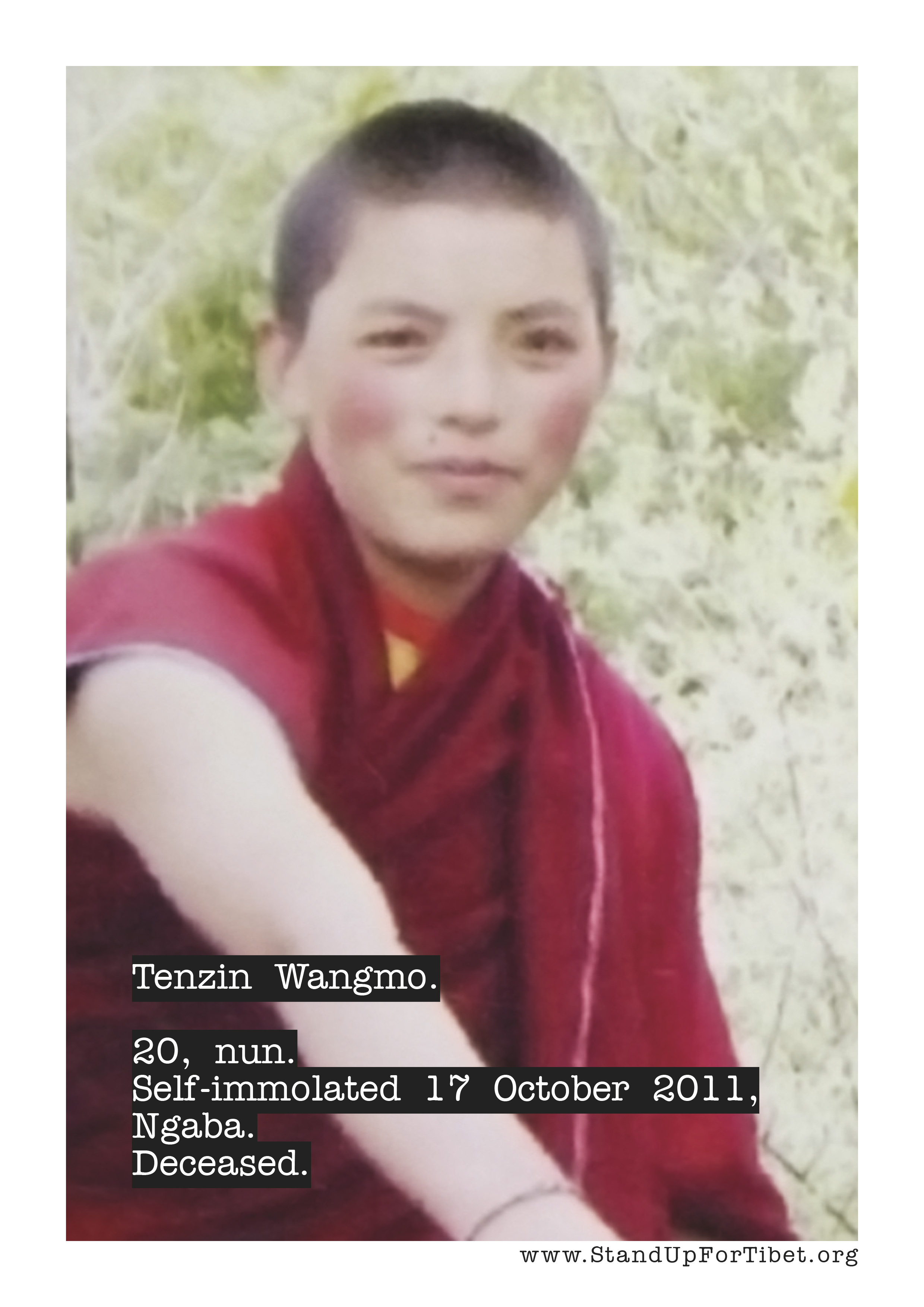 Tenzin Wangmo, a 20 year-old Tibetan nun from Mame Dechen Chokorling nunnery in Ngaba Tibetan, died after setting herself on fire at the Sumdo bridge, just outside of Ngaba. Tenzin Wangmo was heard to call for the return of the Dalai Lama to Tibet and for religious freedom.

Locals took Tenzin Wangmo’s body back to the nunnery before police arrived, whereupon the authorities demanded that her body be turned over or buried the same day. The nuns of Mame nunnery refused, after which soldiers and police cordoned off the nunnery and surrounding villages.

Full details have still never emerged but exile sources report that Tenzin Wangmo’s body was cremated on the evening of 17 October by order of the authorities.