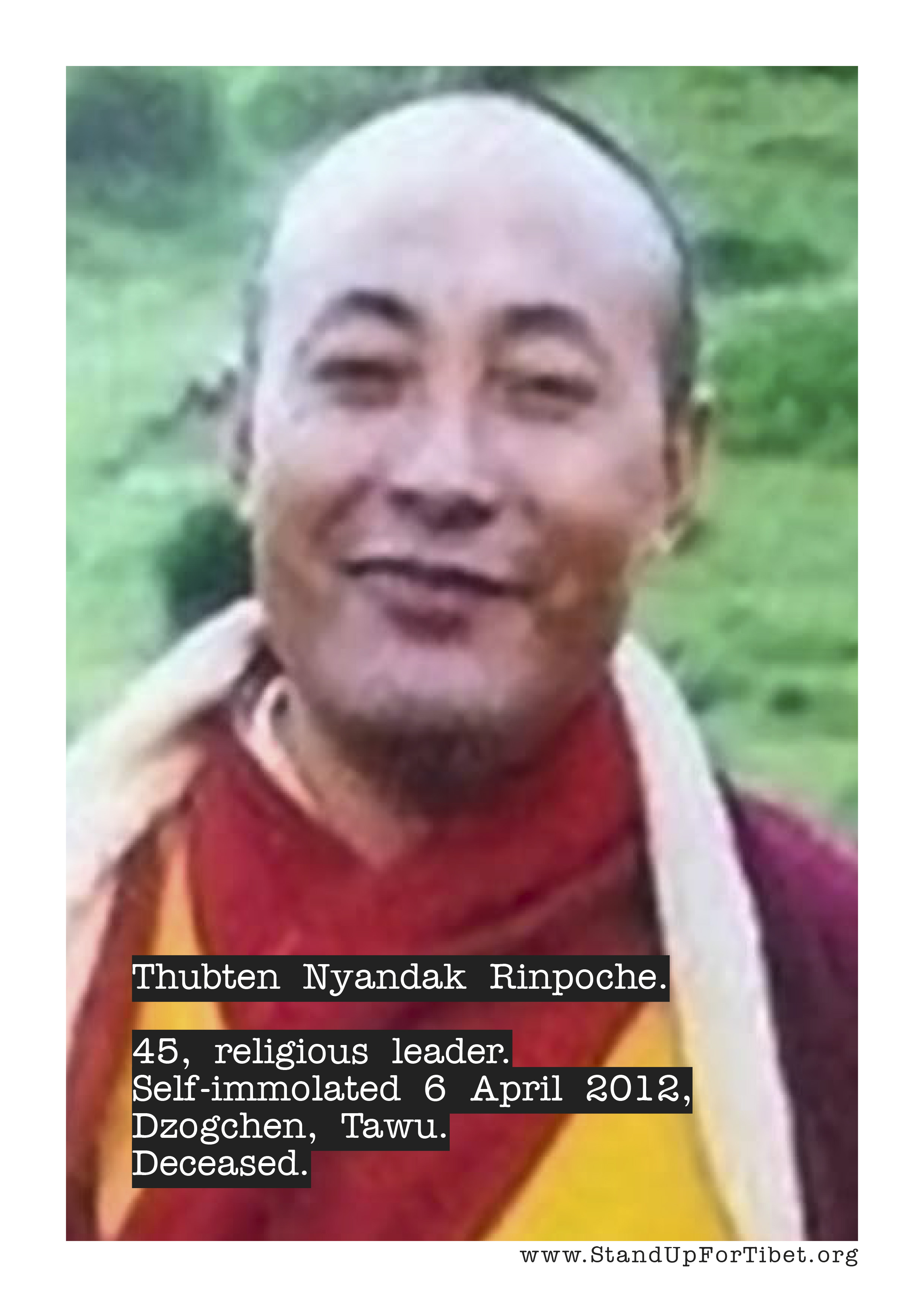 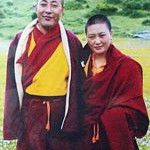 Circumstances around the deaths of a Tibetan religious figure and his niece in Kardze who died in a fire remain unclear. Thubten Nyandak, 45, and his niece Atse, 23 died on April 6, 2012, in their residence at a monastery. New information from the Central Tibetan Administration (CTA) in Dharamsala, India, indicates that their deaths were due to self-immolation. Tibetan writer Woeser also states that this was a case of self-immolation. The CTA in Dharamsala reported: “On the day of his immolation, he told his family on phone: ‘Today I feel at ease and ending my life by offering butter lamps for all those Tibetans who have set themselves on fire for the cause of Tibet’. Immediately after making the call, he and his niece set themselves on fire.” (Tibet.net, New report confirms self-immolation of Tulku Athup and his niece – March 27, 2013) The Beijing-based Tibetan writer Woeser published a photograph on her blog on August 2, 2012 of the small wooden building which had caught fire resulting in the deaths of Thubten Nyandak Rinpoche and Atse. The image shows scorch marks around one of the windows, but Woeser contends that both people would have had time to escape the fire, if they chose to do so. (Invisible Tibet, Why are the numbers used for Tibetans who have self-immolated inside Tibet inconsistent? (in Chinese) – August 2, 2012) Tulku Athup joined Lhakang Dragkhar monastery in Minyak, Kham at a young age and later studied at Drepung monastery in Lhasa and Kirti monastery in Ngaba, according to the CTA. He was also the former abbot of Dzamthang Monastery in Dzamthang (Ch: Rangtang) County, Ngaba (Ch: Aba) Prefecture, the site of one self-immolation before his own death, on February 19, 2012, and three more after his death, those of Choepak Kyap and Sonam who jointly self-immolated on April 19, 2012, and Rikyo who self-immolated on May 30, 2012. (RFA, Lama, nun die in fire – April 6, 2012). It is not known when or under what circumstances he left Dzamthang Monastery. Both Thubten Nyandak Rinpoche and Atse were known to be staunch advocates of Tibetan culture and religion and of unity among Tibetans. Before their deaths, Thubten Nyandak Rinpoche had called family members asking them to bring butter to fuel the lamps he said he was lighting for all of the self-immolators. The same CTA report said: “Chinese police from Dartsedo immediately arrived at Dzogchen monastery. Fearing closure of the monastery, the monastery officials told the police that Tulku Athup and his niece died due to accidental fire in the house rather than self-immolation. Chinese police then withdrew from the monastery. Since then the authorities have imposed severe restrictions across the region and cracked down on local Tibetans leaving many of them severely injured.” A Tibetan in the area quoted a monastery administrator as saying that Tulku Athub and his niece Atse died in an accidental fire, but said the local Tibetan community believes they may have self-immolated “for the cause of Tibet.” A Tibetan source told RFA: “On April 6, Tulku Athub told his family in a phone call that ‘I have lighted many butter lamps for the benefit of those who have set themselves on fire for the cause of Tibet.’ Soon afterward, the residence was seen ablaze, and the Tulku and his niece were both found dead.”