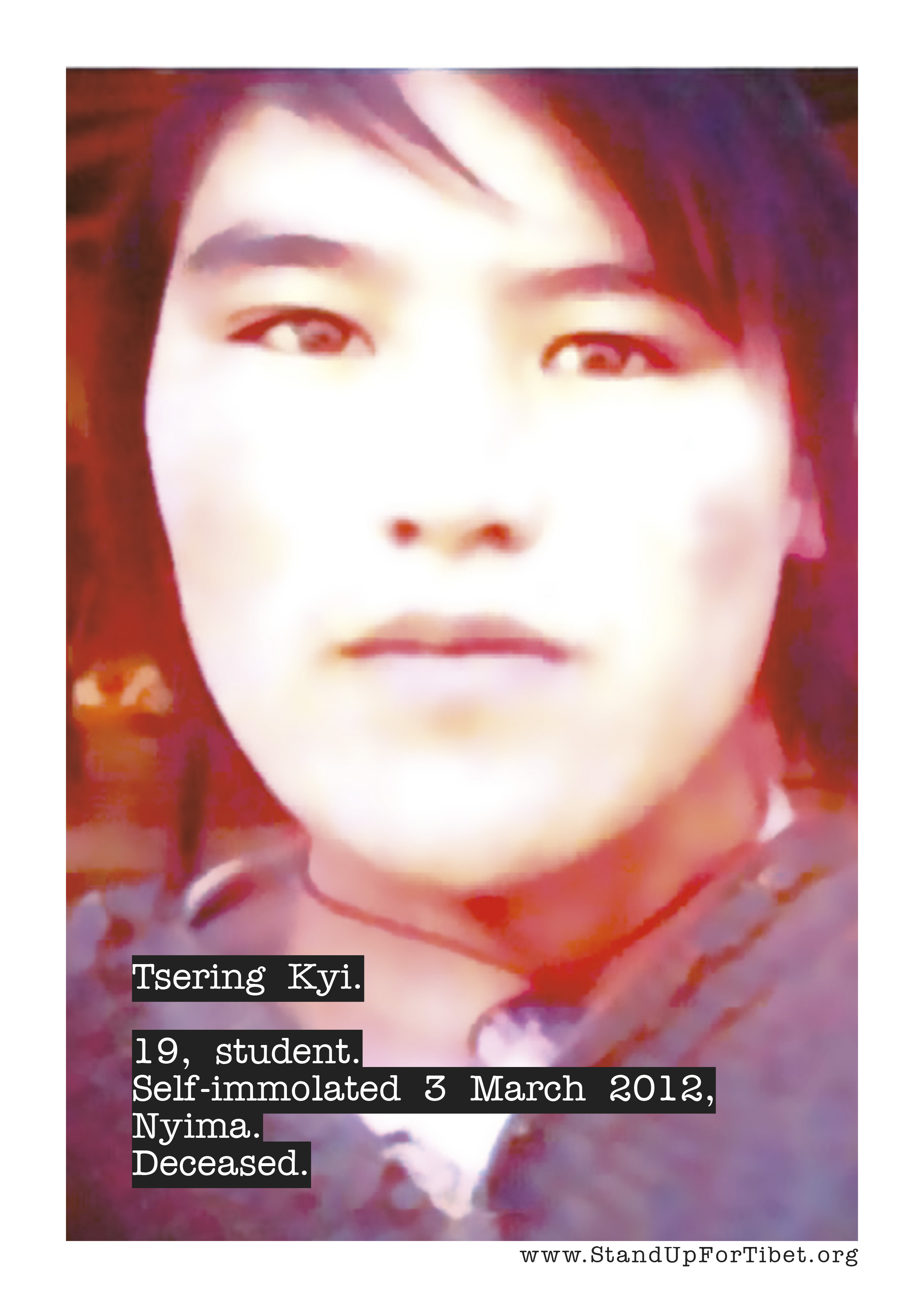 Tsering Kyi, a 19-year old student at the Tibetan Middle School in Machu, set fire to herself in the vegetable market of Machu town. Chinese vegetable traders nearby threw stones and soil on her body in an attempt to extinguish the flames, according to a Tibetan from the area who currently lives in exile in India and has been in contact with several Tibetans in the Machu region.

The same sources also reported that Chinese police on the scene beat Tsering Kyi as they attempted to put out the flames and that she died on the spot.

Chinese authorities blockaded the school Tsering Kyi attended in Machu, and imposed a tight military lockdown in the area following the incident, with people’s cellphones being investigated in an attempt to prevent dissemination of any images or footage that may have been taken of the self-immolation.